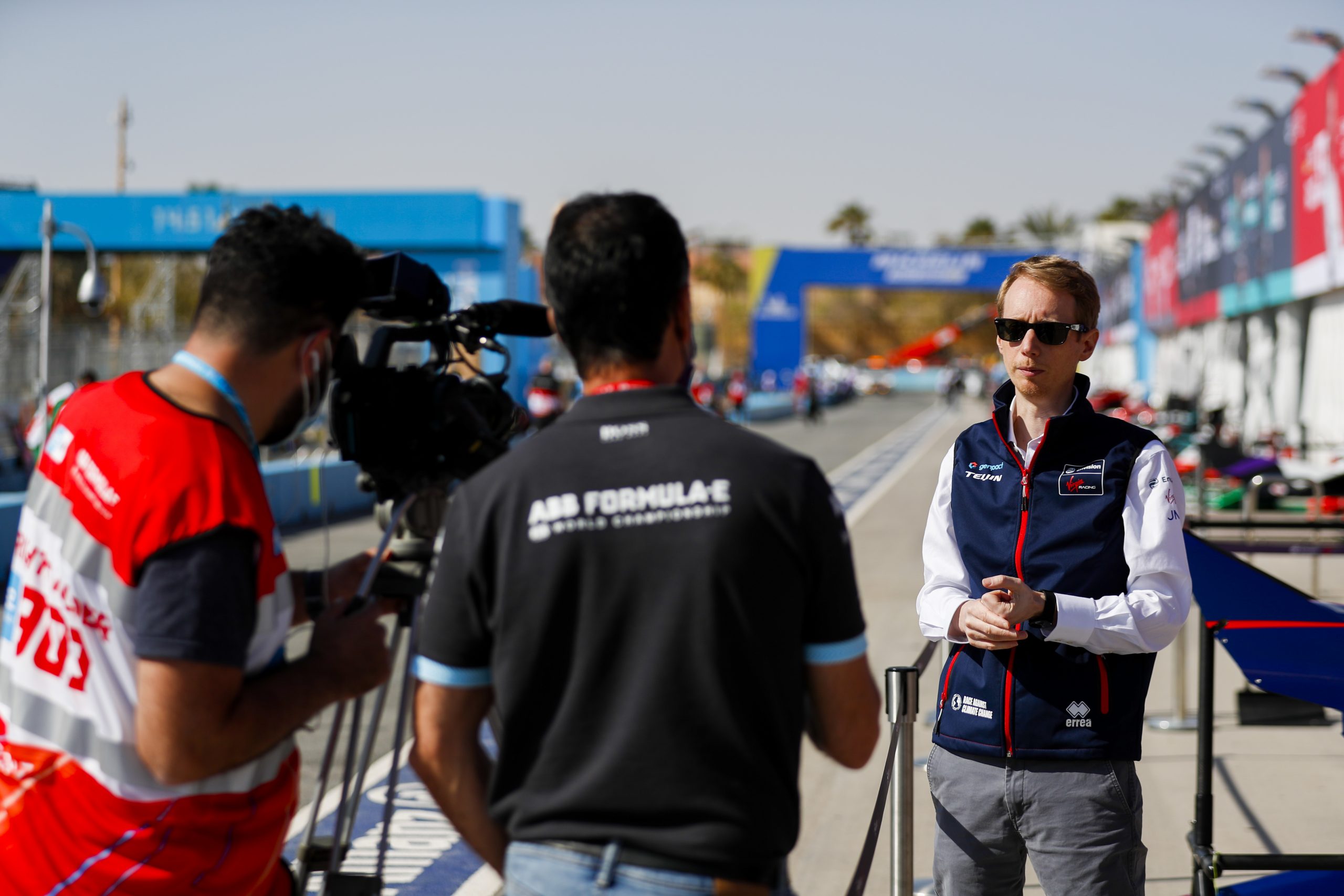 Formula E’s double-header curtain-raiser in Diriyah certainly did more than just open the show. It was a non-stop weekend of action and controversy lurking around every corner – both on and off the track – and once again proving that the only thing predictable about Formula E is its unpredictability.

From team-mates clashing to amazing overtakes and frightening crashes, the series’ – and the team’s – 70th race after a hiatus of 197 days really had it all, set under the Saudi stars and the first ever night races.

But before we delve any deeper, I just want to say how glad I am that both Edoardo Mortara and Alex Lynn (who, of course, we know very well) are fine after their terrifying accidents and once again showing how safe these cars are and how crucial the halo device is.
Also, to Formula E for their continued efforts to deliver such an incredible event but, more importantly, for their rigorous covid protocols to keep everyone in our electric paddock safe.

Heading into the season opener is always an unknown, particularly as pre-season testing is so unrepresentative. That said, we knew the level of competition was going to be tough this season, indeed the most competitive yet. The gap from first to last is continually closing meaning that, unlike other forms of racing, any of the teams on the grid are capable of winning. 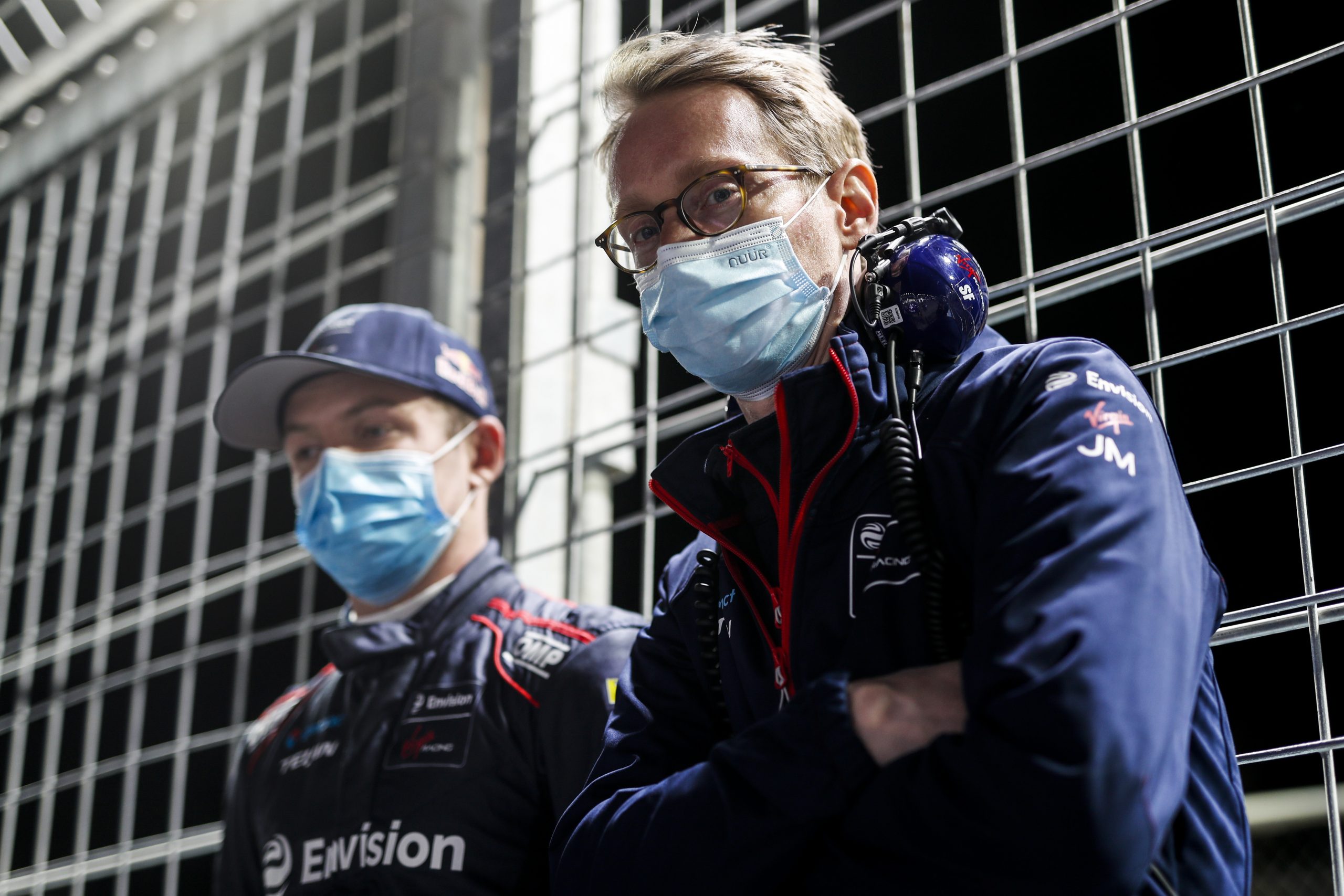 For Envision Virgin Racing, Diriyah’s duel in the desert would prove to be a tale of two halves. The opening race day just didn’t go our way. Robin’s crash in FP2 meant he was unable to start qualifying and, as we know in Formula E, it is so important to be starting at the front end. Then we had the drama of Nick’s debut qualifying session where his blistering 1:09.015s lap was more than enough to make Super Pole but he – and two other drivers – had their times deleted for setting them during a yellow flag. It is a bitter pill to swallow but as I said to the team, ‘that’s racing’, and you put it behind you and come out stronger (as we did!). Come the race, both drivers moved up the field as much as they could, but it is always going to be tough from that position.

Back at the garage after a tough opening race is when a team really shows what hard work and determination is, the bits the TV cameras can never show you. It was a very late finish that evening for everyone, but we knew from the feedback from the drivers and the engineers that we needed to try something new. Over two hours of debrief later, aided by the expertise of our remote team at Silverstone, and we opted for a major set-up change. Obviously, decisions like these carry uncertainty, especially with the team’s limited testing as a customer team, but it was a calculated one and one a few hours later proved undoubtedly to be the right call.
The next day, Robin lit up the timing screens in FP3, closely followed by Nick in third. This gave everyone both trackside and working remotely a real confidence boost and would later see Robin qualify for his maiden pole by 0.289s, with Nick starting a very credible 10th. And even though we were all wearing face coverings, you could easily tell the whole team had a smile on its face! 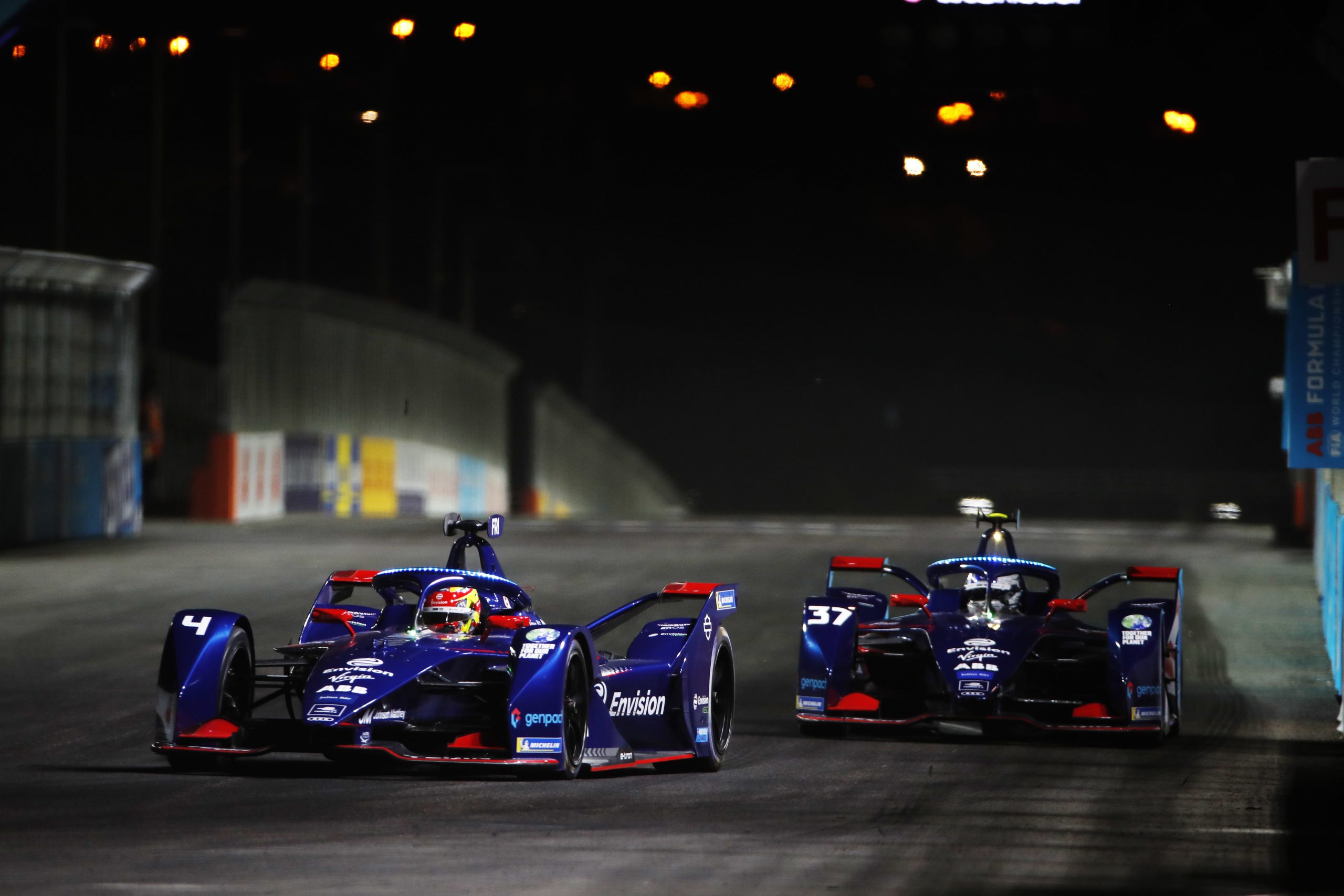 The second race was equally as action-packed and ending under red flag conditions after several stoppages. Leading for much of the early stages, Robin would eventually have to settle for the runner-up spot behind former team-mate Sam Bird (once again our congratulations go to him) with Nick crossing the line five places up the road in fifth. That result saw us secure our 30th podium in Formula E and shoot Robin up to third in the standings. It’s hard to put into words what a difference a day can make, and also how grateful we are it was a double-header so we were able to get that chance.

After the race, Nick was unfortunately handed a time penalty for speeding under a full course yellow…a simple mistake for any Formula E driver let alone a rookie. In fact, it is so rewarding to read after the race how media are already viewing him as “Formula E’s best-ever rookie” – that is quite an accolade after just two races! He exceeded his and everyone’s expectations and we’re very exciting to see what he can do at the next race.

So, what did we learn from the opening two races and what can we expect in Rome? For sure, there was a lot of talk about the dominance shown by Mercedes on Friday, especially as never before had one driver topped every session. It is also clear to see that NIO and Dragon have closed the gap at the other end of the field and that no-one can be discounted.

But by far the biggest winner has to be the fans who were, as always, treated to great edge-of-the-seat racing with plenty more to come.

See you in Rome!