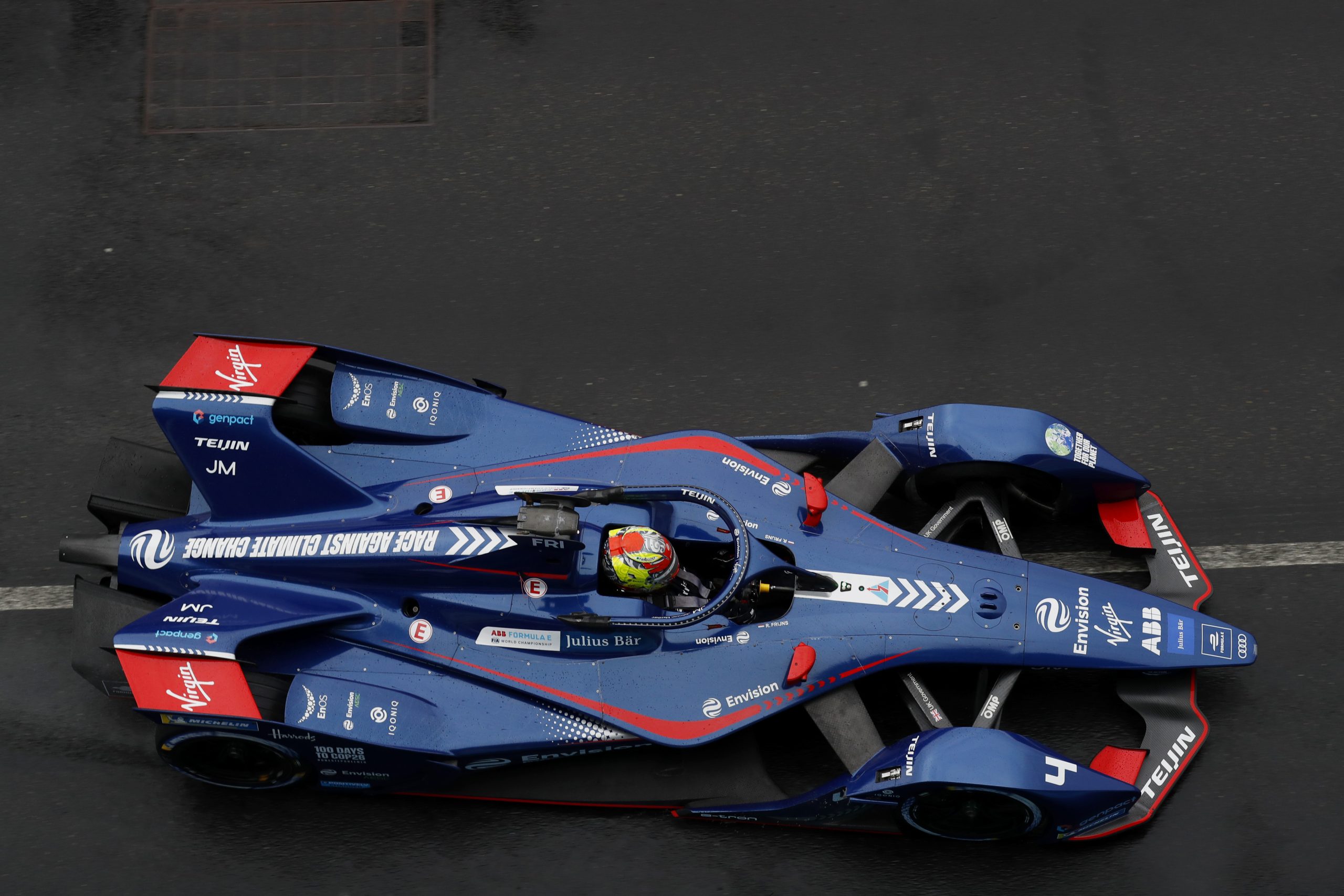 The Berlin E-Prix promises to be one of the most manic finales in top-level motorsport history with the Drivers’ crown and the Teams’ title within reach for Robin Frijns, Nick Cassidy and Envision Virgin Racing

The 2020/21 ABB FIA Formula E World Championship has been an absolute rollercoaster ride. With two races remaining at Berlin’s historic Tempelhof airport it is a good time to be a mathematician as, with a maximum of 50 points up for grabs, no fewer than 17 drivers are mathematically in contention for the Drivers’ Championship.

Envision Virgin Racing find themselves at the top of the Teams’ standings, and in the Drivers’ Championship just 15 points separate the top five with Robin Frijns sitting in second place, just six points behind the championship leader and fellow Dutchman Nyck de Vries. In seventh place is Frijns’ Kiwi team-mate Nick Cassidy enters the final weekend of the championship just 19 points off the top spot. 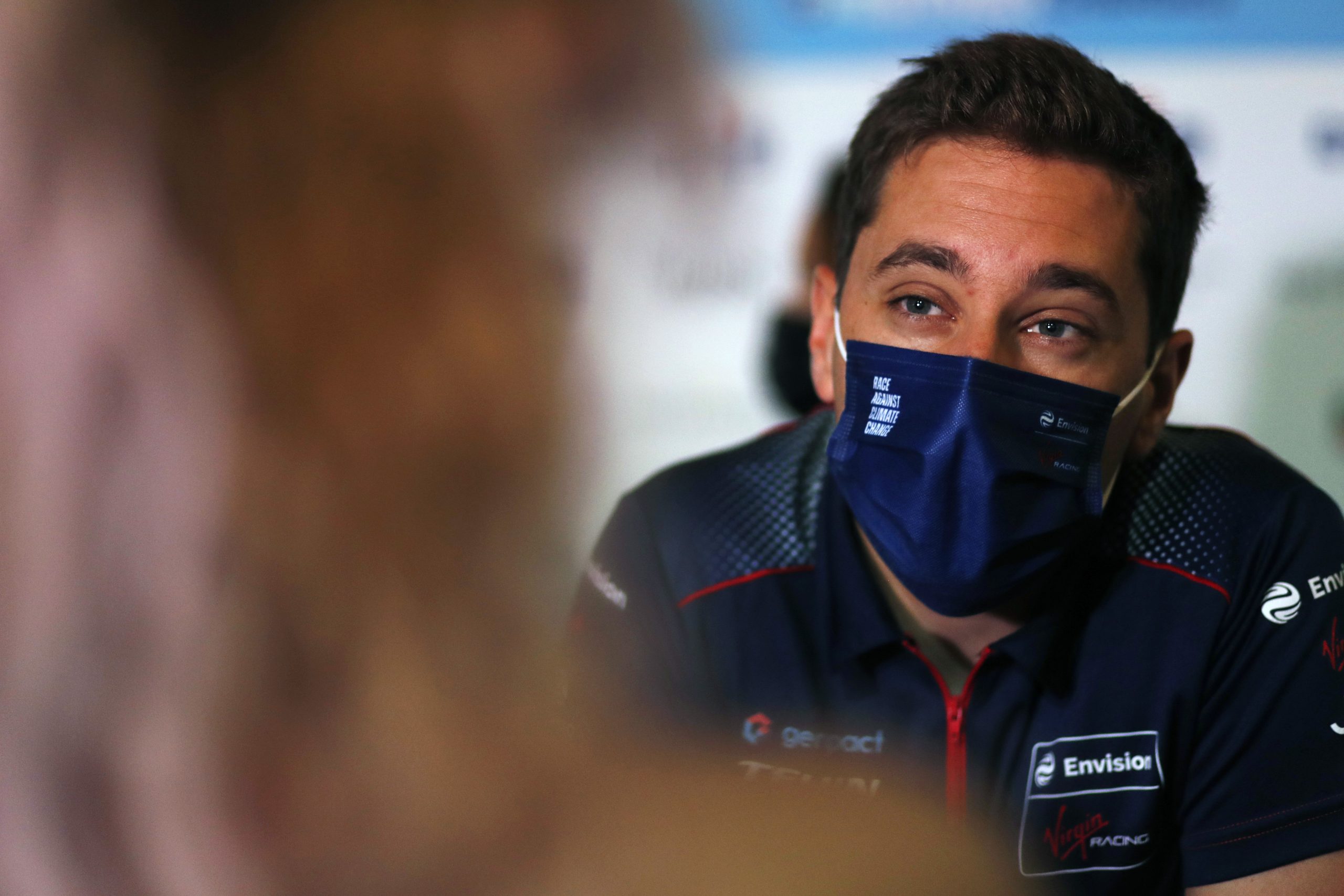 It is safe to say that the final weekend of the 2020/21 Formula E season will be one of the most hotly contested events in recent motorsport memory. Both Frijns and Cassidy could be world champions and help Envision Virgin Racing win the Teams’ title without having scored an E-Prix victory all year.

Frijns has already stated he doesn’t mind if he wins an E-Prix or not en route to a maiden Formula E title. The unflappable and experienced Dutch driver will not be phased by the pressure (and potential chaos) of the Berlin E-Prix as he looks to come out on top in the German capital.

“It is going to be a pretty intense weekend”, said Frijns. “It is great to be second in the Drivers’ championship with only the two races to go, but it is so close that anything could happen in Berlin. I enjoy the circuit and have done well in the past there, but a lot will depend on qualifying and how we get on going out again in Q1 for the first race. If I can get some big points, we will be looking good.

“It is also good to be heading the Teams’ championship and obviously the ideal scenario would be to win both, but everything is still to play for. We’ll give it our best shot and, if Nick and me can get some good points for the team, we will hopefully leave Berlin as champions.”

TOP OF THE TEAMS WITH TWO RACES LEFT 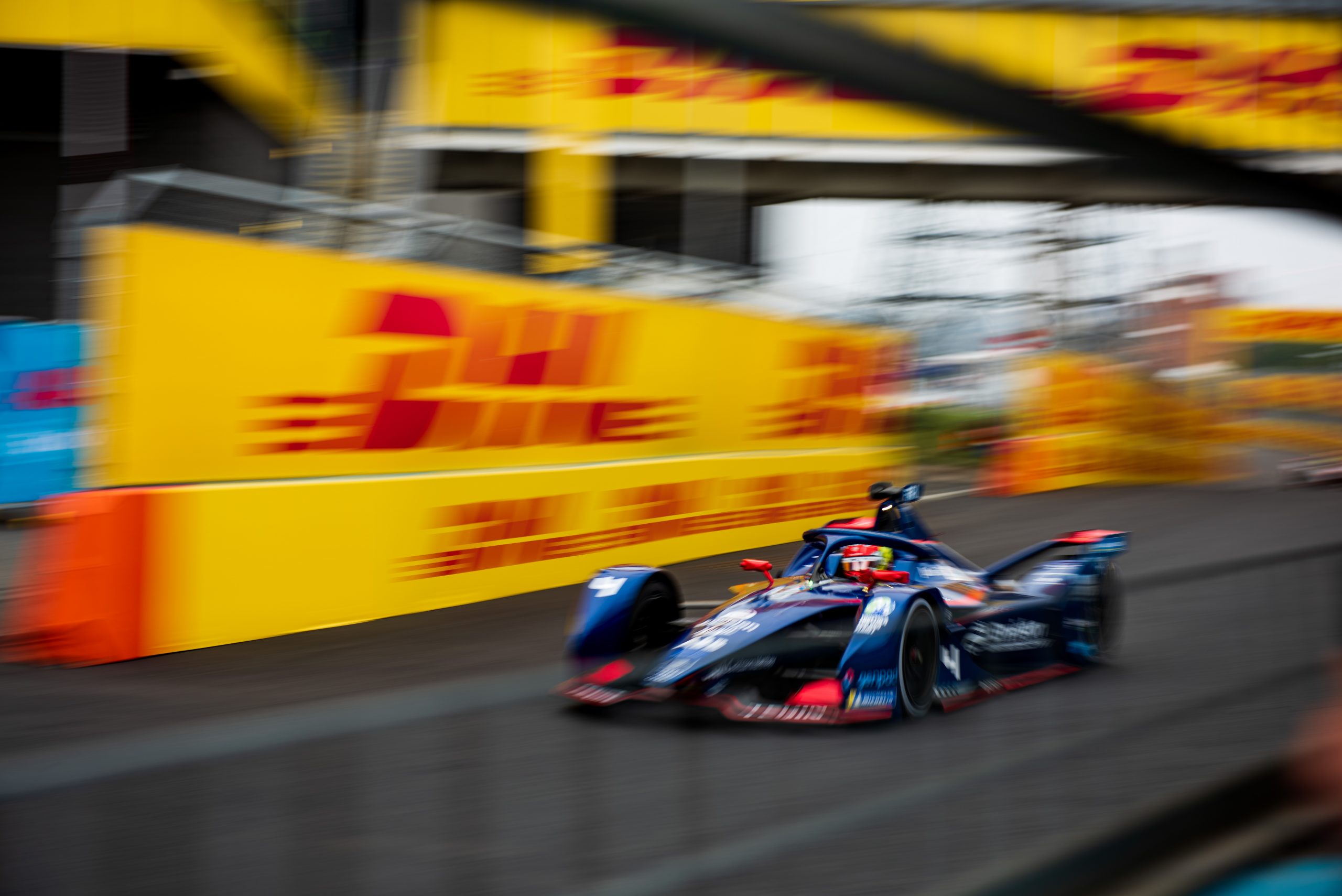 They might have scored no victories this season, but Envision Virgin Racing’s winless wonders Robin Frijns and Nick Cassidy, backed up by a team that Frijns described as a “very talented, dedicated team who are doing a phenomenal job,” are right at the front.

In what has been a completely unpredictable season, the team find themselves seven points ahead of the Mercedes-EQ Formula E Team who have a hat-trick of E-Prix wins, and it is likely that nobody will know who the new Teams’ champions are until every car has crossed the finish line on Sunday… and it might even be a few hours later until all is confirmed.

“We are excited to head to Berlin in such a good position in the standings”, said Sylvain Filippi, Managing Director and CTO at Envision Virgin Racing. “Every detail matters in Formula E, every marginal gain counts; and this result is testament to all the hard work, dedication, and talent of the whole team, on and off the track. Our team is the best it has ever been, and I am really proud of the tremendous job they have done this season, no matter what happens in Berlin.

“But we cannot, and will not, rest on our laurels. Formula E is unpredictable by nature – both championships are really close and nobody can predict what will happen in Berlin, but it is for sure going to be a fiercely competitive weekend. So we will maintain our focus and work our hardest and keep fighting for the championship until the very last second.”

TWO DRIVERS IN THE TOP 7 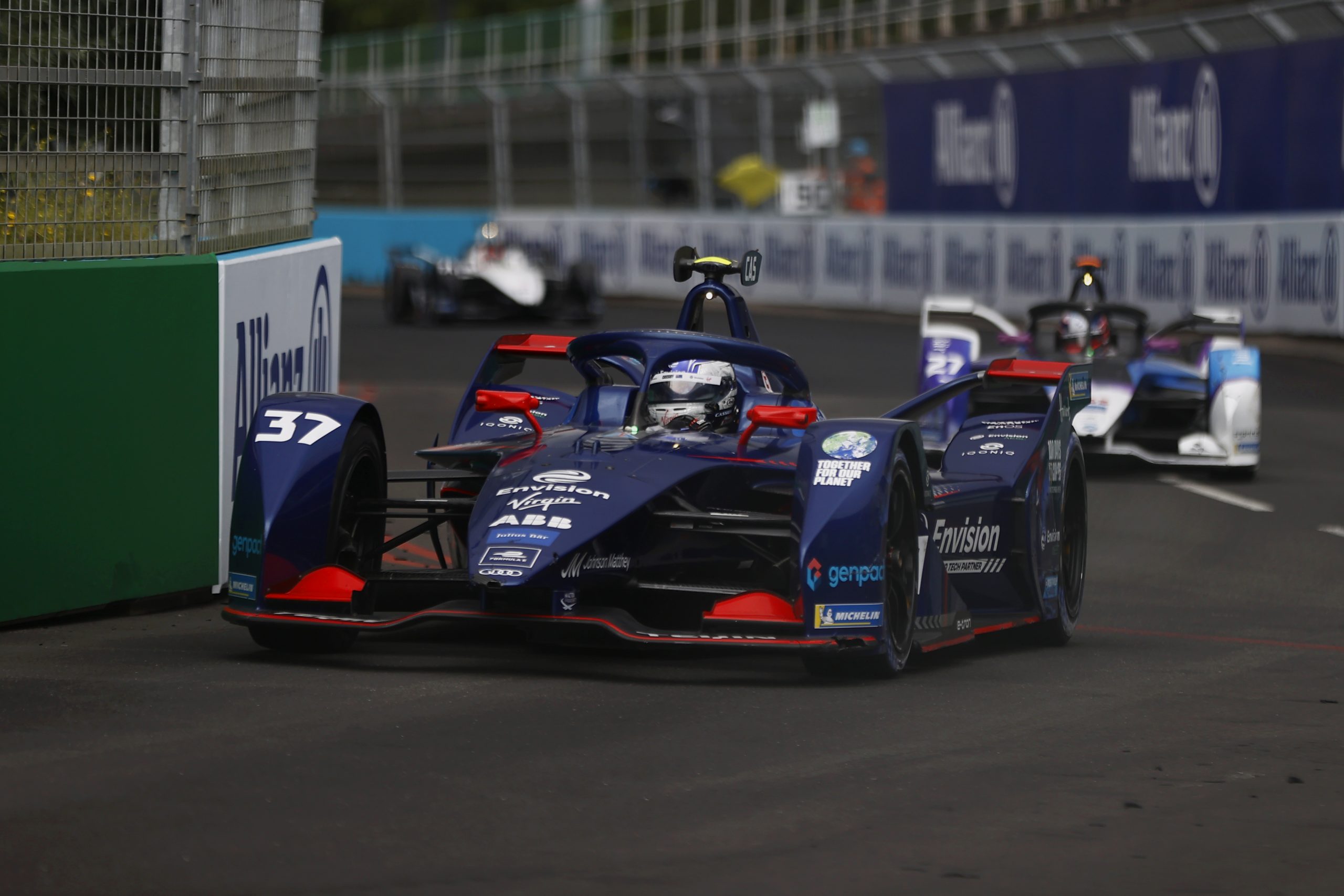 Predicting this season’s Formula E championship has been like nailing jelly to the wall. The qualification format has resulted in the respective championship front runners qualifying first and generally disadvantaging them in terms of grid position.

Despite not winning a race in 2021, Frijns in particular has been masterful in his ability to fight from the back of the pack and pick up points, surviving collisions and coming home in a calculated and mature way.

But if Robin Frijns has been the wise owl of Formula E in 2021, then team-mate Nick Cassidy has been the dark horse and the season’s breakout success story.

From the Envision Virgin Racing camp all eyes have been on Frijns as a title contender, but after a memorable weekend in Mexico back in June, rookie Cassidy kicked off a chain of results that have built an unlikely title challenge.

It all started from the pits of despair with a severely damaged car in race one at the Puebla E-Prix. But following a heroic overnight rebuild from the Envision Virgin Racing team, Cassidy went out in race two and finished a superb second place. Since then, he has been showing great pace in qualifying and combining it with strong race craft to upset the established order in Formula E. 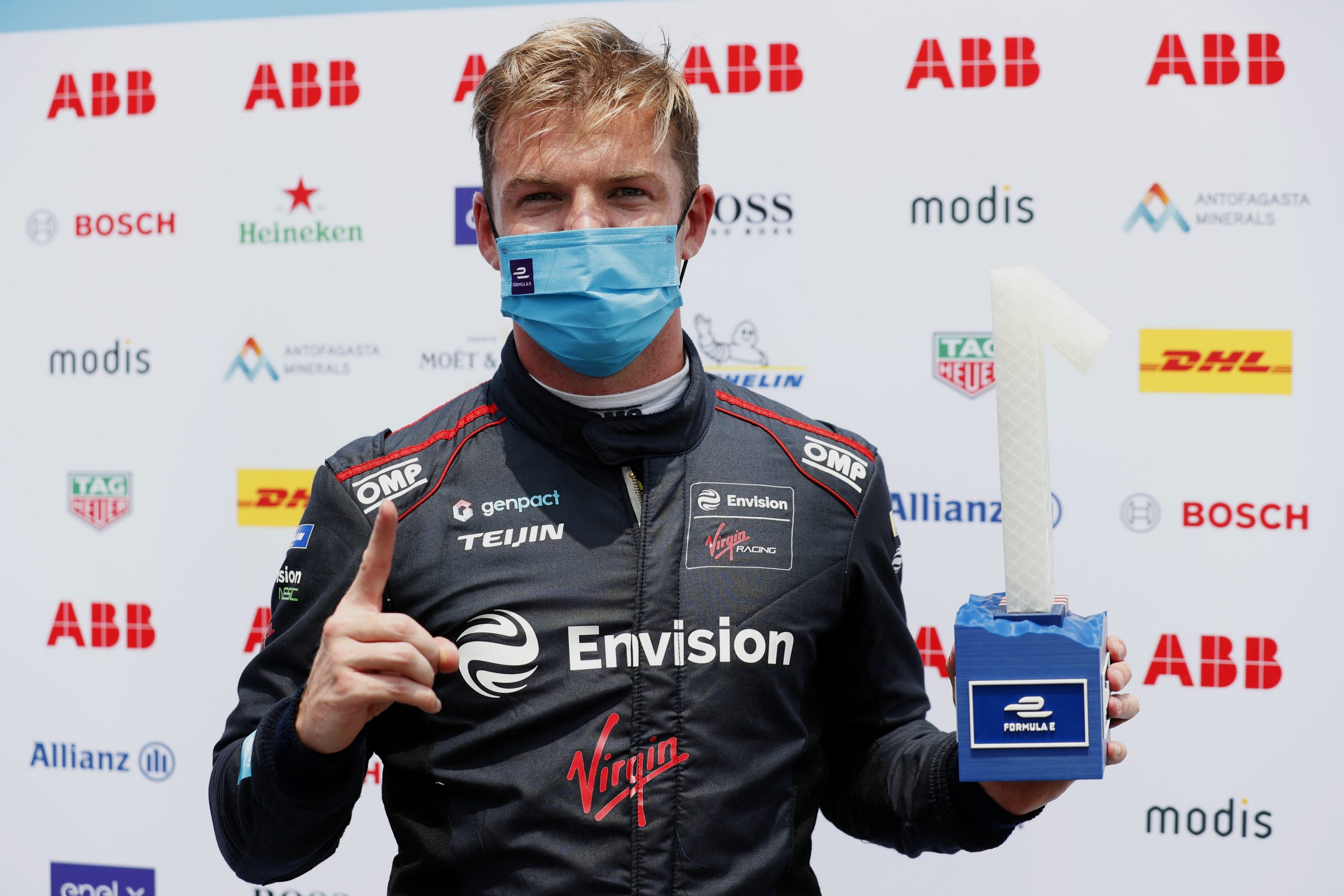 “I am really happy to go to Berlin with a chance to win the championship, especially in my rookie year, and have a genuine shot at the title. It is more than I anticipated and has exceeded my own expectations”, commented Cassidy. “However, I am a racing driver and I want to win, so am still focussed on achieving the best results I can this weekend. Overall, I think we’ve had great momentum in the last few rounds so I’ll look to continue like that and build on it. If we can keep up the great teamwork we’ve had until now, maintain our focus, and execute the way we know we can, we’ll definitely be in with a shot.

“Berlin is a challenging track, especially with the reversed layout. Qualifying will be important, but there are places to overtake, and we have a quick car and good pace both in qualifying and race, so bring it on.”

QUALIFYING WILL BE KEY

The 2020/21 ABB FIA Formula E World Championship has arguably been defined by the qualifying format.

With the top six in the championship standings qualifying first, and therefore generally disadvantaged in terms of favourable track conditions, it is unlikely that Frijns will start near the front of the field.

There is a good chance he will have to call on his season-defining skills of battling through the pack and making finely balanced overtakes to move forward and outscore his championship rivals.

Cassidy, however, will qualify in the Q2 group as he holds seventh in the Drivers’ Championship order. This could provide a chance for a decent grid position and to bag some solid points for the team, himself and maybe help team-mate Frijns in the process.

What will happen on Sunday in qualifying and the race is anyone’s guess…. 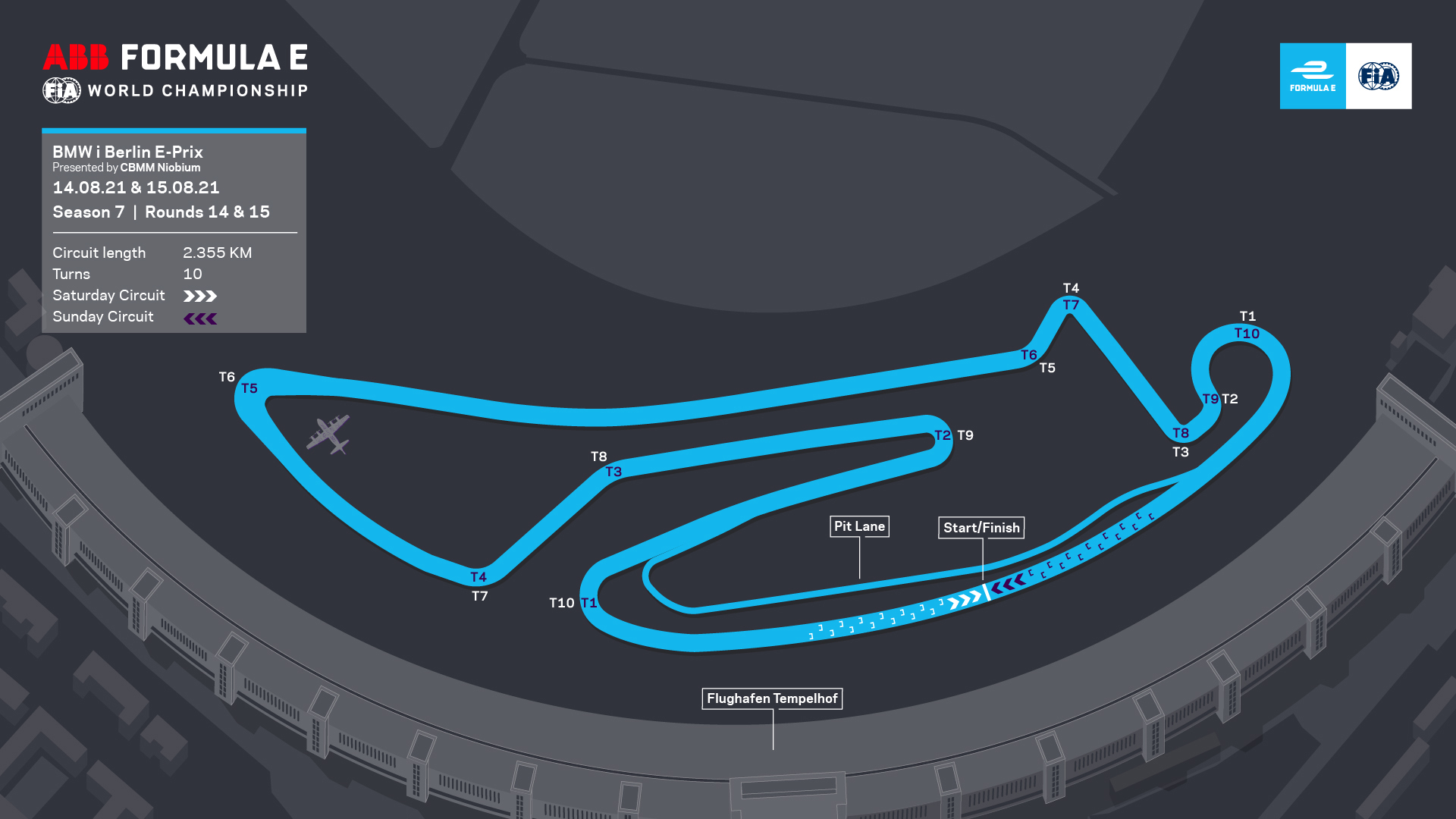 Once again, the season finale will take place on the giant apron section of the architecturally spectacular Berlin Tempelhof Airport, and there is nothing straight forward about the two races that will bring the curtain down on Season 7.

Last year Berlin hosted six thrilling races to end the season as Antonio Felix da Costa also secured his first-ever title in a season hugely impacted by the global Covid-19 pandemic. Now in 2021 drivers will be faced with two circuits over two days on the high-grip concrete, with the pack tackling the traditional anti-clockwise layout before it shifts direction for the very final race of the 2020/21 season.

The circuit meanders its way around the giant apron section of Tempelhof Airport where numerous strategy calls will be implemented and drivers will be fighting for the Teams’ and Drivers’ titles right up until the chequered flag is waved on Sunday afternoon.

You can do more than just watch – you can also play your part in helping the team by voting for Nick Cassidy and Robin Frijns on FanBoost here: https://fanboost.fiaformulae.com/