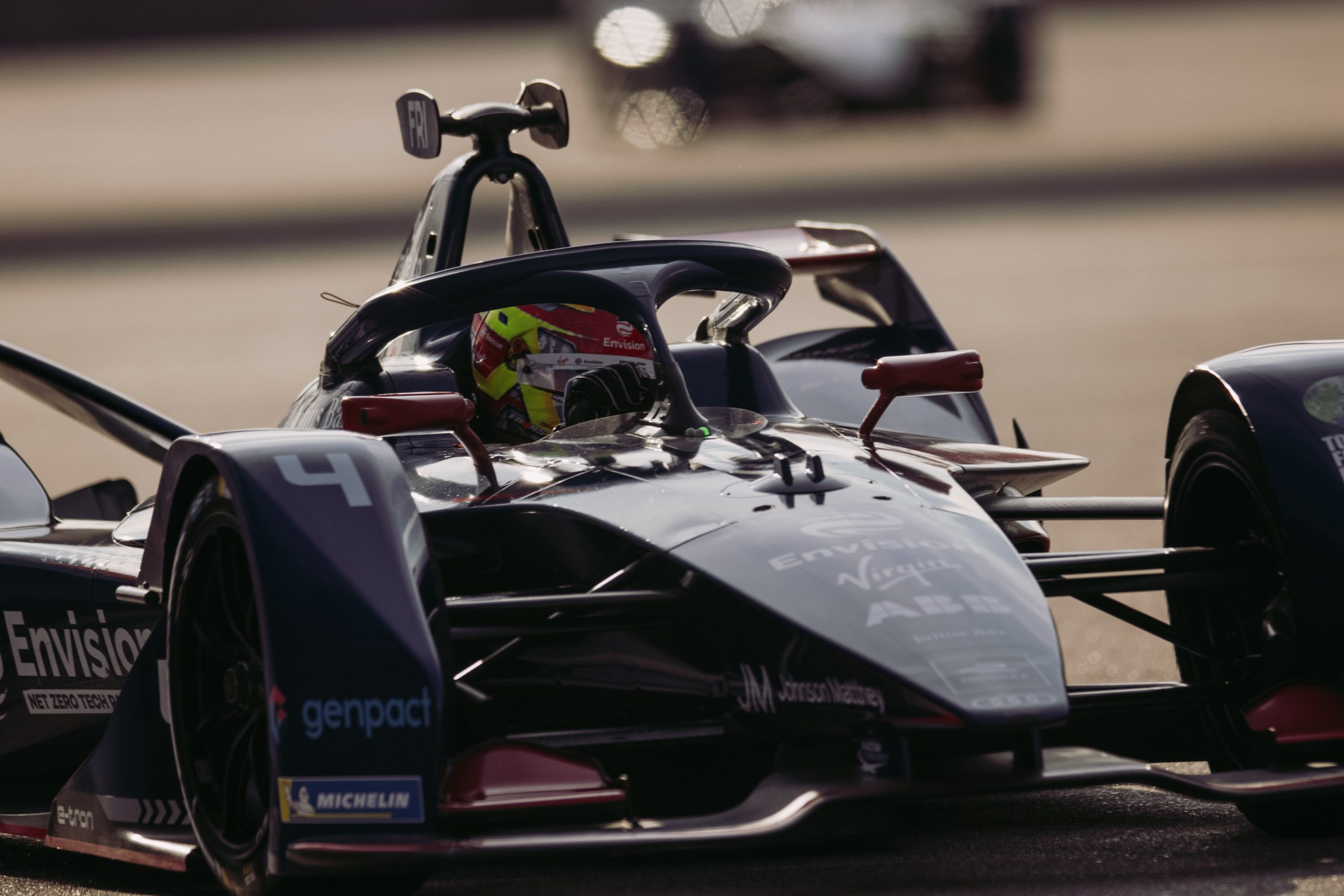 The curtain came down on the 2020/21 ABB FIA Formula E World Championship with the Envision Virgin Racing team starting Round 15 on the apron of Berlin’s Tempelhof airport at the rear of the grid and both the Team’s and Driver’s title hopes realistically out of reach.

Heading into the Berlin race weekend the team were in a good place. Despite not having won an E-Prix in 2021, both drivers were in contention for the title, and Envision Virgin Racing actually headed the Team’s championship with Frijns just six points off top spot of the Driver’s standings as the teams touched down in Germany. 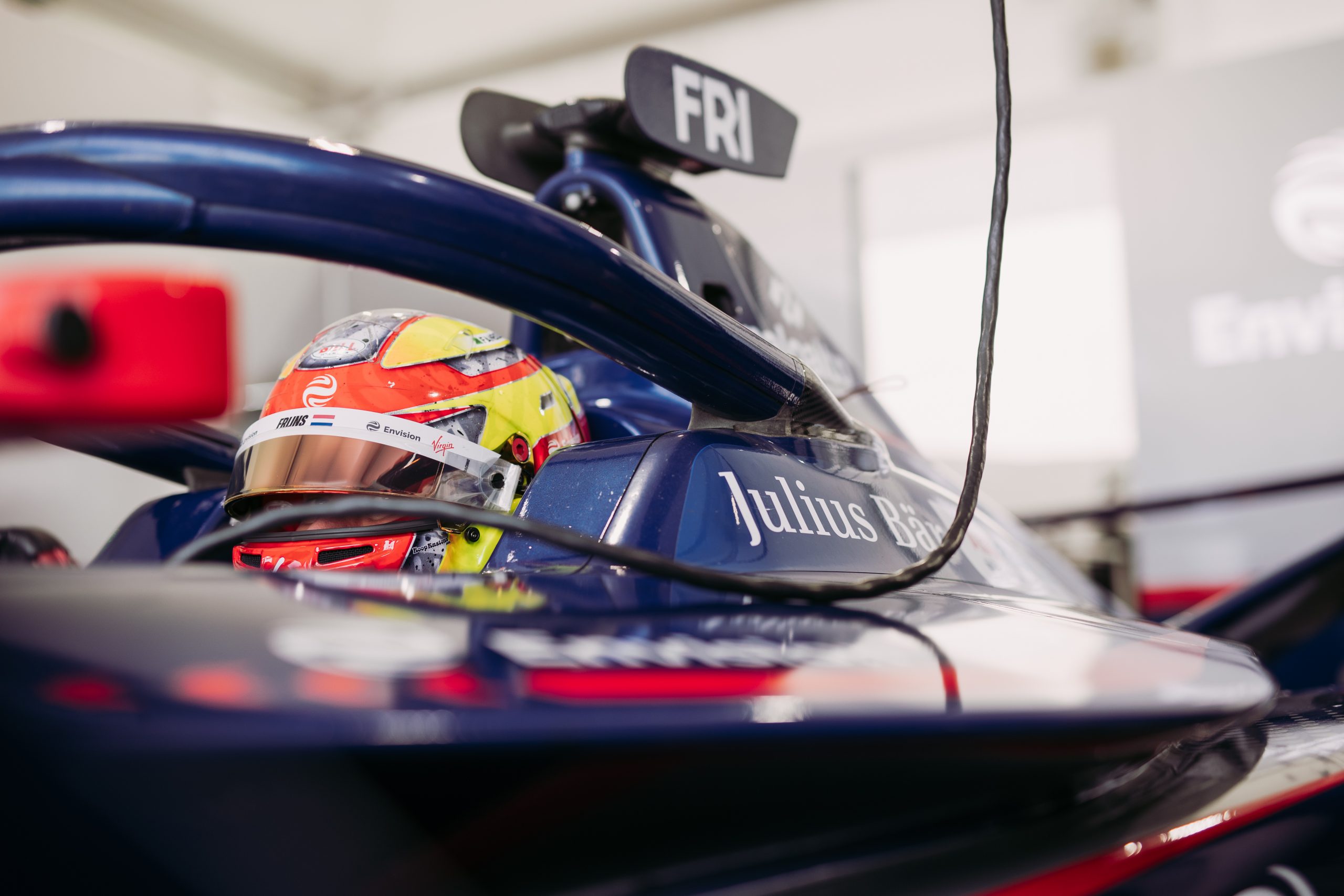 Underlining how quickly fortunes can vary in the rollercoaster world of Formula E, Robin Frijns’ title aspirations looked a long way away as the Dutch driver started the final race of the season in 21st place, just three slots ahead of team-mate Nick Cassidy, but Frijns has proved that a less than ideal qualifying is no barrier to bagging serious points.

All season long, due to him qualifying in Q1 and therefore generally being disadvantaged by unfavourable track conditions, Frijns has registered an average qualifying position of 17th, yet he’s scored points in seven of the 11 races this season. Truth is, you can never count out Frijns with his canny racecraft and ability to save energy…but even ‘Professor’ Frijns couldn’t make up the positions required to win the championship in Germany.

However, as the season finale got underway it looked as though all was not immediately lost for Frijns as three title contenders were wiped out of contention. Firstly, a violent start line crash brought out the red flag as Edoardo Mortara ploughed into the stationary Jaguar of Mitch Evans and at the restart on the reversed Tempelhof layout there was more drama as title hopeful Jake Dennis suffered a huge off at turn one triggering a full course yellow. 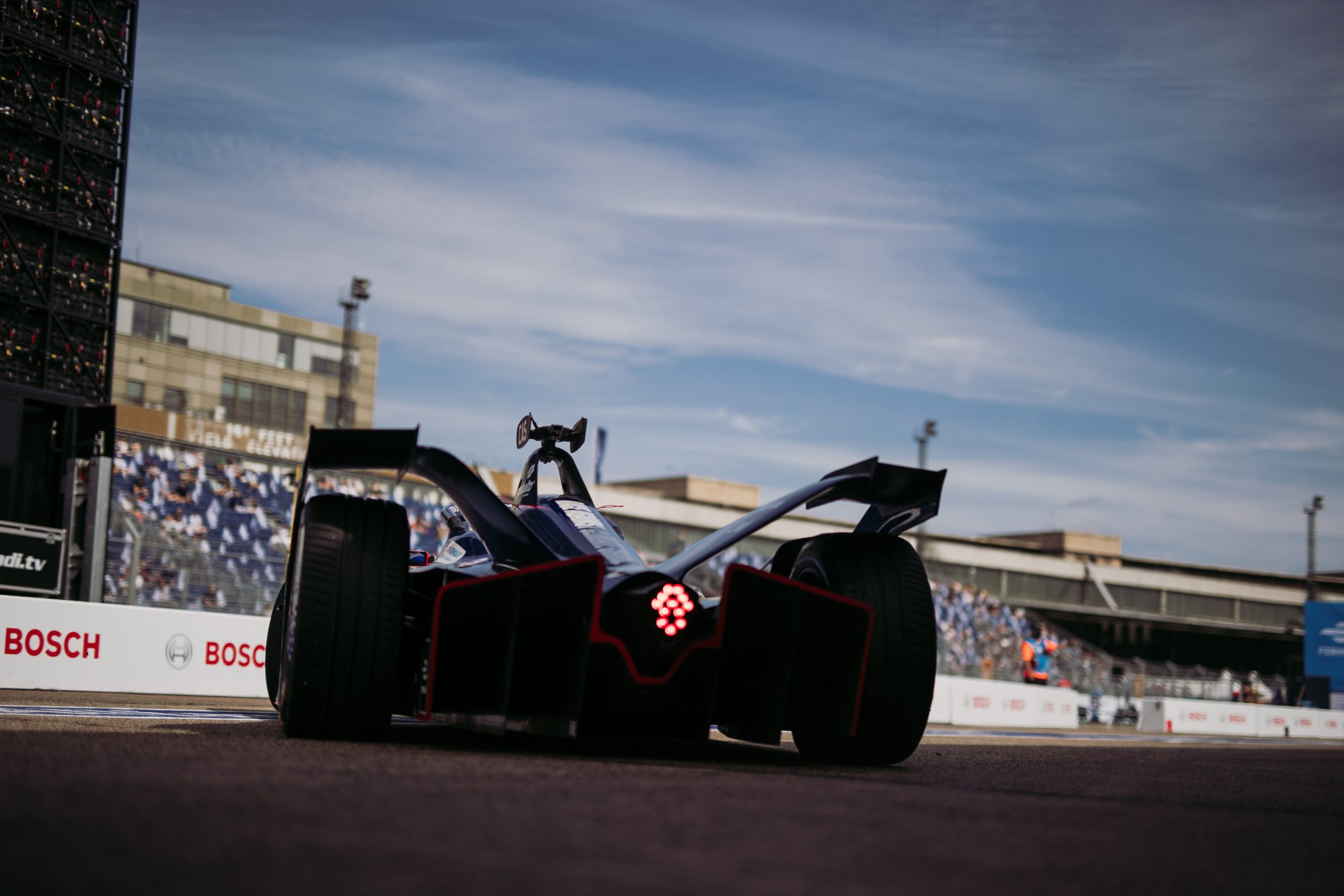 Doing his best to make the most of a tricky situation, Frijns did what he has been doing best this season, and with 15 minutes remaining had moved up to 14th from 21st. With 13 minutes left a safety car triggered by a collision between Lucas di Grassi and reigning champion António Félix da Costa closed up the field with Norman Nato leading, Oliver Rowland and Stoffel Vandoorne and the action up front was relentless, but for Frijns the front of the field was just out of reach.

After a brutal 45 minutes plus one lap of the unforgiving Berlin Tempelhof track former champion hopeful Frijns ended up an impressive 12th, underlining his season-long knack of fighting through the field and never giving up. Further forward a dramatic multi car dash for the win saw Nato hang on to win as de Vries claimed his maiden Formula E crown.

“It has been difficult to find the right direction this weekend,” stated Frijns. “It has been painful for everybody in the team as everyone has worked really hard, especially coming to Berlin leading the championship. But we just couldn’t find the pace in free practice or qualifying. However, generally speaking over the course of the season we have been consistent and competitive – we’ve had ups and downs, but we will be back stronger and try again next season.” 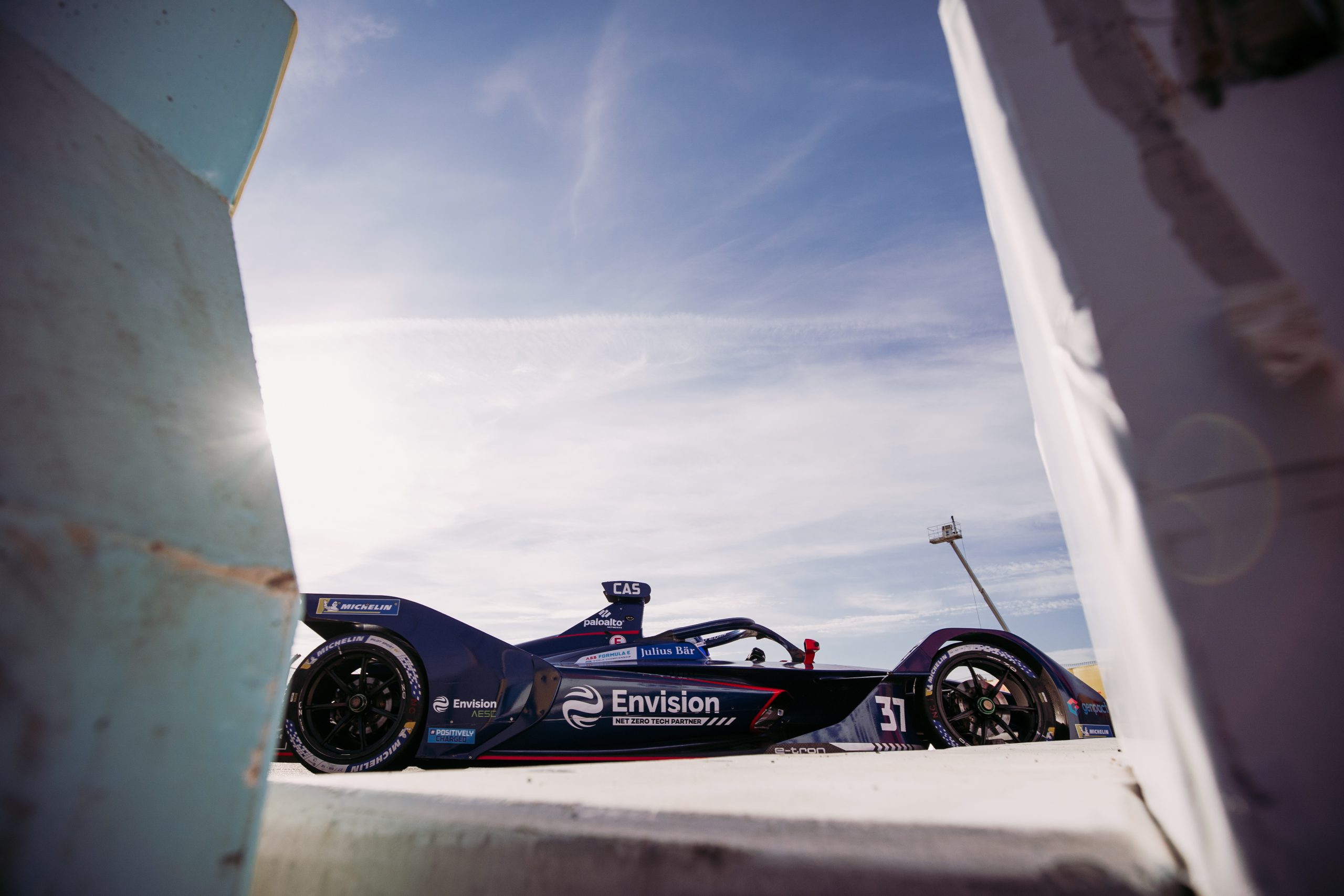 Frijns’ team-mate Nick Cassidy endured a hard slog at the back of the field, ending up in 17th, but the Kiwi can look back on a rookie Formula E season that has yielded two podium finishes and two pole positions and his racing stock has risen considerably.

“Generally I feel that I’ve shown so much potential with strong pace in qualifying and the races, but I could’ve done better in terms of results,” revealed Cassidy. “The car has been great and I’m really proud of the guys in the team and everyone at Envision Virgin Racing, but I am annoyed and frustrated as I think we could have achieved more.“

Reflecting upon the season and the final two races, Envision Virgin Racing’s Managing Director & CTO Sylvain Filippi said: “It has been a challenging weekend for us. We struggled to find the pace on this track and didn’t score any points as a result. And, of course, with the championship being so tight this has made a huge difference in the standings and we lost our lead in the championship. However, we have learned some valuable lessons here and the result does not detract from the tremendous job that the team has done this year.

“This season has been a rollercoaster and the most unpredictable yet in the history of Formula E. We keep learning and evolving, we have a competitive car and a fantastic team that I am so proud of, so I am looking forward to Season 8 which I am sure will deliver even more fantastic racing!”

Franz Jung, Vice President at Envision Group and Chairman of the Board for the Envision Virgin Racing team commented: “I’d like to extend my thanks to everyone at Envision Virgin Racing for their continued hard work this season. As an independent team, to finish the season in such a strong position and to have been in with a chance of winning both championships right up until the final two races is a great achievement.”