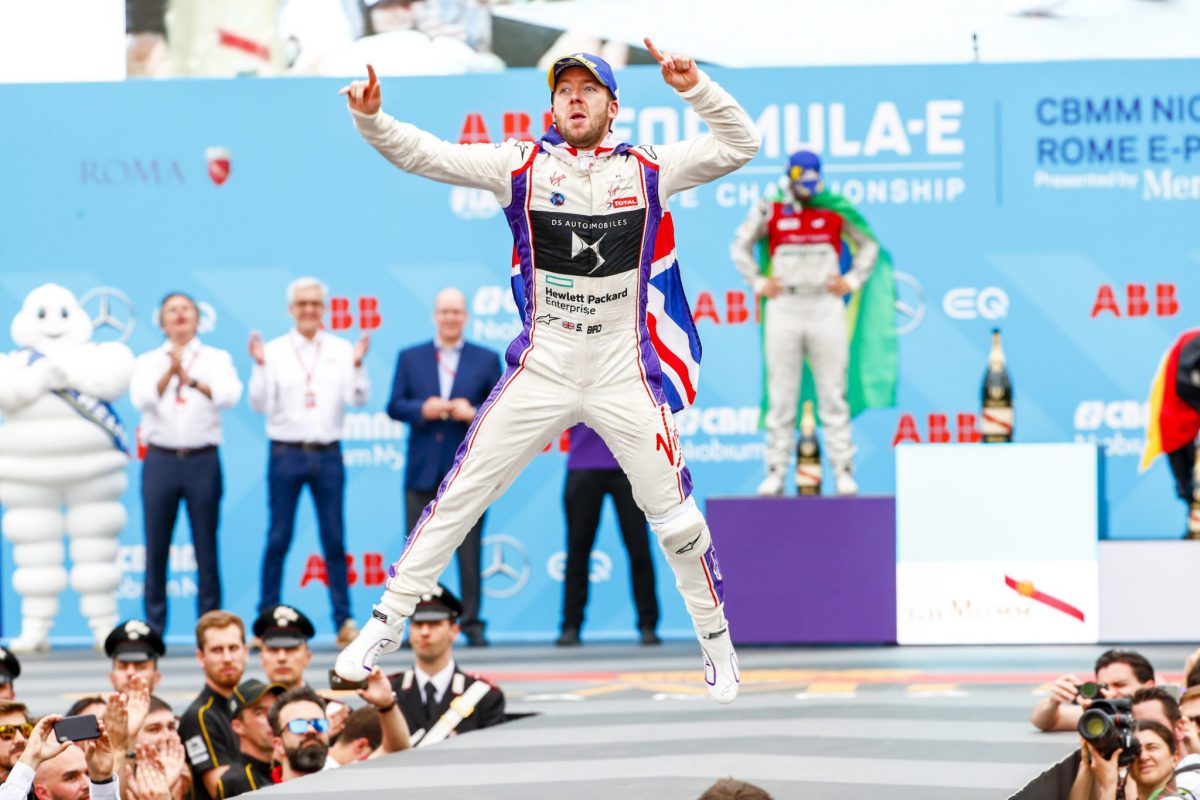 Virgin Racing’s Sam Bird took a historic victory during today’s inaugural Formula E race in Rome to pick up his seventh win in the series to date and move him, and his team, into second place in the championship standings.

The British driver, who has competed for the team in every one of the 40 Formula E races run, resisted a late charge by Lucas di Grassi in the closing stages to clinch victory after poleman Felix Rosenqvist retired after breaking his rear-left suspension.

In front of a capacity crowd, Bird had looked quick all day around the specially built Circuto Cittadino dell’EUR street track finishing P2 in both the opening practices, as well as the tightly fought qualifying sessions.

“I honestly didn’t think I would be sitting here today when I saw the pace of Felix [Rosenqvist],” said the 31-year-old, who earlier in the week had been blessed by the Pope at a special event organised by Formula E. “I was able to catch him towards the end of the first stint but there were some quick cars behind me. It was a shame what happened to Felix in the second stint, but it gave me the lead so was a case of just getting my head down and not making any mistakes. The team has done a great job today and we’re all looking forward to the Paris race in two weeks’ time.”

Meanwhile, it was a frustrating weekend for Sam’s team-mate and fellow Brit Alex Lynn who, despite showing strong pace, got caught up in race incidents, forcing him to retire for only the second time this season. “It’s certainly been a frustrating weekend on my side of the garage, but I’m obviously delighted for Sam and for the team. The pace was there but it just didn’t quite come together today. For sure we’ll go away and come back fighting again for the next European race in Paris.”

Virgin Racing Team Principal Alex Tai commented: “I’m delighted for Sam and for the team. The Rome event has been fantastic so huge credit to Formula E. Sam does have a habit of winning on new tracks – like his double victory at the inaugural New York race last year – or maybe it was the blessing from the Pope! Either way, we’re delighted and grateful to the whole team for their continuous hard work. Of course, it’s been a frustrating one for Alex but he’s a great driver and I know he’ll bounce back.”

DS Performance Director Xavier Mestelan Pinon added: “What a pleasure to start our European tour with such a great victory in Rome, in front of thousands of fans! This is a good omen before our home race in Paris and we can now celebrate this trophy in style!”