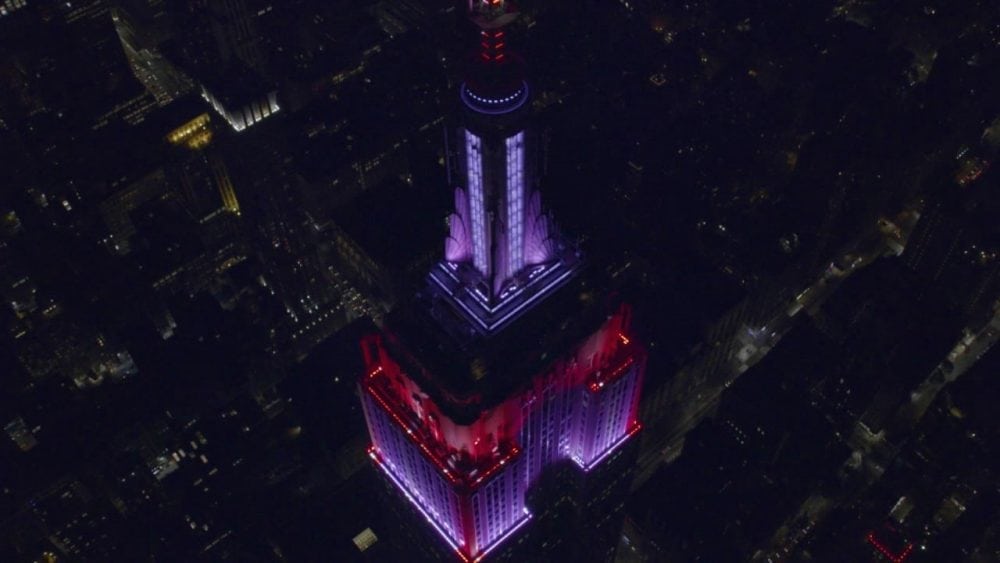 BLOG: HOW THEY TURNED THE EMPIRE STATE BUILDING GREEN

It’s almost a year to the day since Virgin founder Sir Richard Branson pulled down the lever to light up the Empire State Building – arguably one of New York City’s most famous landmarks – in the colours of the DS Virgin Racing team.

Just over 48 hours later, the lights were still shining bright as Sam Bird secured his infamous second win of the weekend, rounding off a perfect event for the team both on and off the track.

For sure, you don’t expect a building first opened in 1931 to boast many energy saving features but, thanks to the collective work of companies such as the Rocky Mountain Institute, that’s exactly what they’ve been able to achieve.

It started a few years ago in 2011 when visionary building owner Tony Malkin decided to embark on an ambitious refit of the 2.7million-sq ft building back. He assembled a team of leading organizations, including the Rocky Mountain Institute, Johnson Controls, Jones Lang LaSalle, and the Clinton Climate Initiative, to develop a retrofit programme that would not only maximize energy savings, but build a strong economic case, saving 38% of the building’s energy and $4.4 million annually… as well as create 252 jobs.

After 12 months hard work, the retrofit was complete with the building exceeded its energy-efficiency guarantee by 5%, saving $2.4 million and establishing a commercial real estate model for others to follow.

Already the building is estimated to have saved 4,000 metric tons of carbon, the equivalent offset of 750 acres of pine forests. And, once all tenant spaces are upgraded, the building will save $4.4 million a year, a 38% reduction of energy use that will cut carbon emissions by 105,000 metric tons over the next 15 years.

Impressive but how was this done? Well, a total of seven efficiency measures performed jointly by Johnson Controls and Jones Lang LaSalle were responsible for a total first-year savings that added up to $4,393,796. This were…

1) Radiator Insulation and Steam Trap Savings
Total savings: $491,191
More than 6,000 insulated reflective barriers were installed behind radiator units located on the perimeter of the building. Prior to this upgrade, about half of the heat radiated into the usable space, while the other half helped to heat New York City. This barrier reflects back most of the heat into occupied space – where it is intended to go.

In addition, the advanced glazing along with improved lighting and office equipment cut the building’s peak cooling load by one-third. The old chiller plant could then be renovated, rather than replaced and expanded – saving more than $17 million of budgeted capital expenditure. That capital cost savings helped pay for other projects and cut the overall incremental simple payback for the retrofit to three years.

5) Tenant Energy Management
Total savings: $386,709
This project provides tenants with access to online energy and benchmarking information, as well as sustainability tips and updates. Tenants in the Empire State Building have access to a digital dashboard showing energy use in real time and comparing it to past use and other tenants.