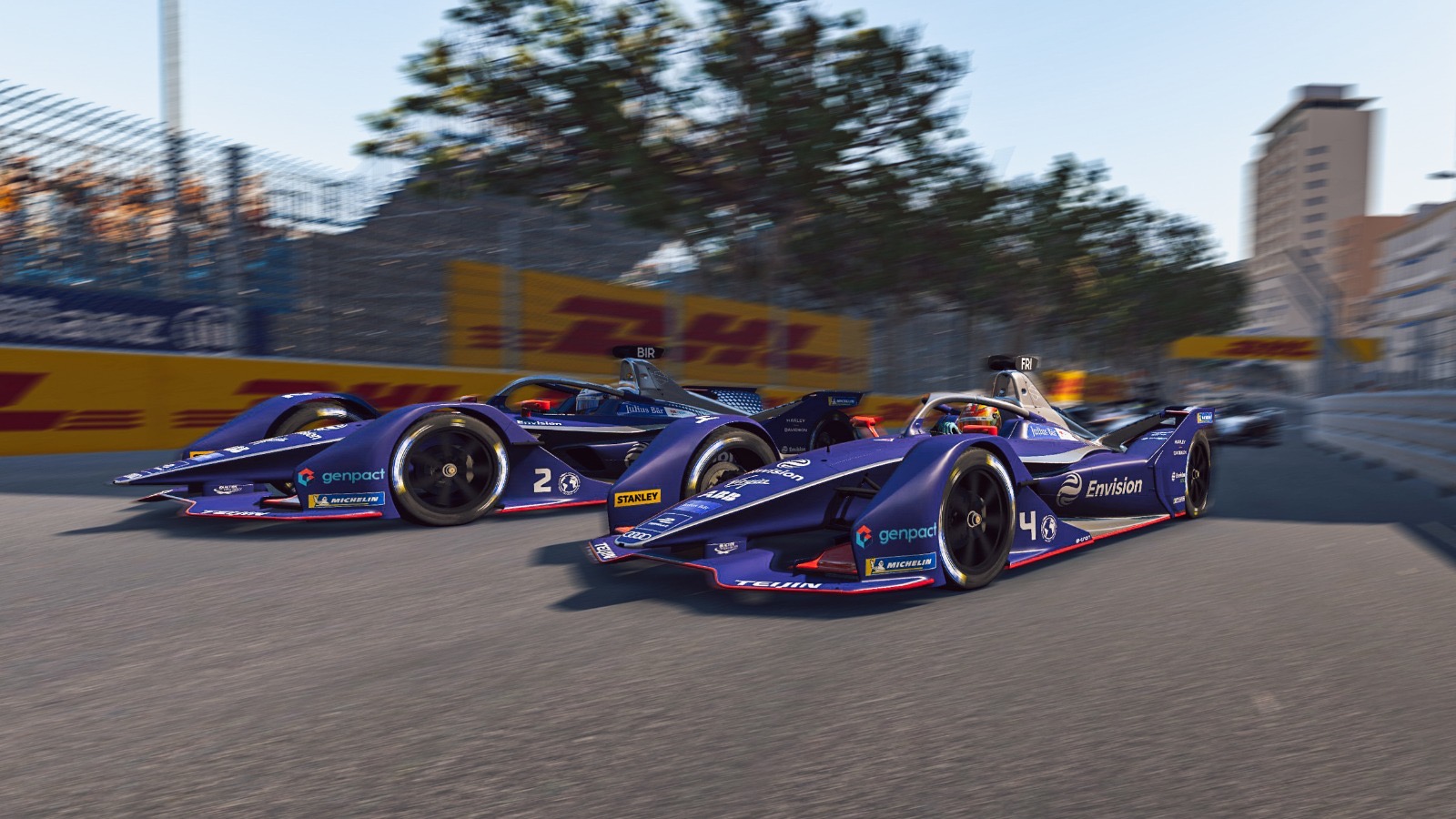 SIM RACING AND OUR FIRST FORAY INTO ESPORTS

The world of sport has come to an abrupt halt, as the COVID-19 pandemic continues to keep people around the world in lockdown, however fans still need to be entertained.

Whilst not able to physically race on the streets of Paris, the team had a go at trying to repeat our race winning performance from last season in a different way.

Well known for our fun and innovative creative concepts, we held the first Marbula-E race. In conjunction with Jelle’s Marble Runs and supported by ABB Formula E, we raced marbles around a mock ‘Paris’ track in the name of light-hearted competition. You can watch all the action from the Paris M-Prix here.

That was not the only opportunity we had to get back into the driving seat though, later that afternoon the team participated in the first round of Formula E’s Race at Home Challenge. In partnership with UNICEF, the nine-week esports series began with a test race around the iconic Monaco circuit.

Unfortunately, Sam Bird was unable to participate due to technical difficulties, so we enlisted our rookie driver from Marrakesh, Nick Cassidy, to complete our line up alongside Dutchman Robin Frijns.

The first round proved to be an exciting spectacle, with esports legends Jimmy Broadbent and Graham Carroll competing for the team in the Challenger Series ahead of the inaugural Formula E race.

Cassidy placed just outside the podium whilst Frijns unfortunately had connection issues and mid-race had to exit, although was placed in P6 at the time – not bad for a rookie! With Graham’s win in the Challenger Series and both our team drivers racing in points scoring positions, we’re extremely pleased with our first performance in esports.

Esports allows viewers to be more engaged with the drivers, and even interact on their streaming channels – fans can tune into specific drivers streams whilst watching the race live and this adds a whole different element to motorsport. Robin Frijns is notorious for being laid back and select with his words however throughout the esports stream you could hear him interacting with drivers and making jokes.

But Saturday was just the pre-season test event. The real battles start today, in the first of the eight points scoring races. Tune in to see the team and drivers’ Twitch channels to see all the action. 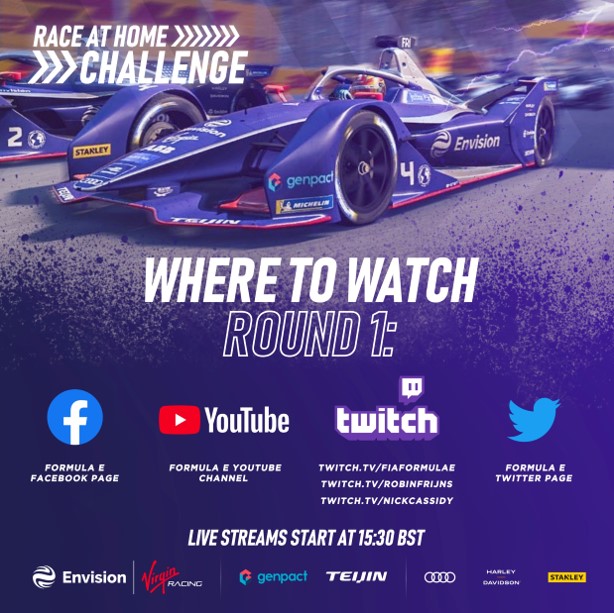 Saturday wasn’t the first time we’d used simulators though, in fact they’re commonplace for us here at Envision Virgin Racing!

The team participated in the Vegas E-Race at the Consumer Electronics Show (CES) in 2017, where Formula E drivers took on the best sim racers the world has to offer – including Graham Carroll, who represented us in last weekend’s Challenger Grid. We finished 7th and 8th in that race, which was actually 2nd and 3rd out of all Formula E drivers.

Our season five launch event allowed our guests to go head-to-head with our team drivers, with gaming sims set up in the workshop – no one could match their times though! Fans can also race against our drivers at races, with the gaming area of the E-Village a hugely popular zone and one Robin Frijns is very at home in. Regularly using sims at our events, and our partner events and conferences, allows us to demonstrate the complexities of Formula E and how data driven the series is.

The most important piece of kit though is our state-of-the-art VI-grade race simulator, housed at our Silverstone Headquarters. A delicate piece of machinery, the DIL simulator allows our drivers to jump into the monocoque and wrack up thousands of laps around the upcoming circuit. But how can this help the team in the race?

Formula E is a data driven sport so it’s important that we head into each race weekend as prepared as possible, by analysing this data ahead of the race our engineers are able to select the best possible strategy. Simulation sessions are run the same as normal race weekend, almost all channels are logged as on the real race car and analysed through the same analysis software, so that the simulation and the real race are directly comparable.

Whilst the DIL simulator can be run single-handedly by our Simulation Engineer, however for pre-event simulation sessions we run these like the real world, including the timings. The team’s Race, Performance and Systems engineers attend these sessions alongside the drivers and communication remains the same as it would at the track. The driver wears a headset so he can provide feedback without leaving the simulator and also has the previous run’s data available to him on a handheld tablet within the simulator room – similar to that at the track – so that the data can be analysed in real-time.

This is not a game though, the knowledge we gain from our race simulator is just as important as the data we gain from the track and it’s incredibly difficult to drive well. We’ve let Dan Hardy, UFC Champion, have a go, see how he got on here.

Simulation has grown at a vast rate in motorsport over the last decade and is now a fundamental requirement for performance, with every part of the car modelled accurately to produce a virtual replica. The accuracy allows development ideas to be tested quickly and effectively, which is extremely important in Formula E where track time is extremely limited. An increase in simulation work and the technology allows for a decrease in errors when the car runs on track.

But you don’t need expensive or fancy kit to race along with us. More on that to come…
Written by James Parrish – Business Development at Envision Virgin Racing