Season five of Formula E marked a year of change; not only did Envision Virgin Racing undergo a change of driver (we welcomed Robin Frijns to the team alongside stalwart Sam Bird), but out went the old generation one race cars replaced by new, safer and quicker generation two cars, as well as a series of revolutionary changes to the sport’s regulations.

As a recap, races were now timed to 45-minutes plus one lap and included the introduction of Attack Mode, an extra boost of power given to drivers in return for going off the racing line.

For the engineers at Envision Virgin Racing, these new regulations posed a challenge, a challenge they relished – how best to optimise race strategy with a variable number of laps and fixed amount of energy? What if Sam or Robin were to use all of their available energy before the end of the race? Disaster would strike. Equally, having too much energy available after the chequered flag would have meant lost opportunities to attack in the race and potentially to have made-up valuable places. 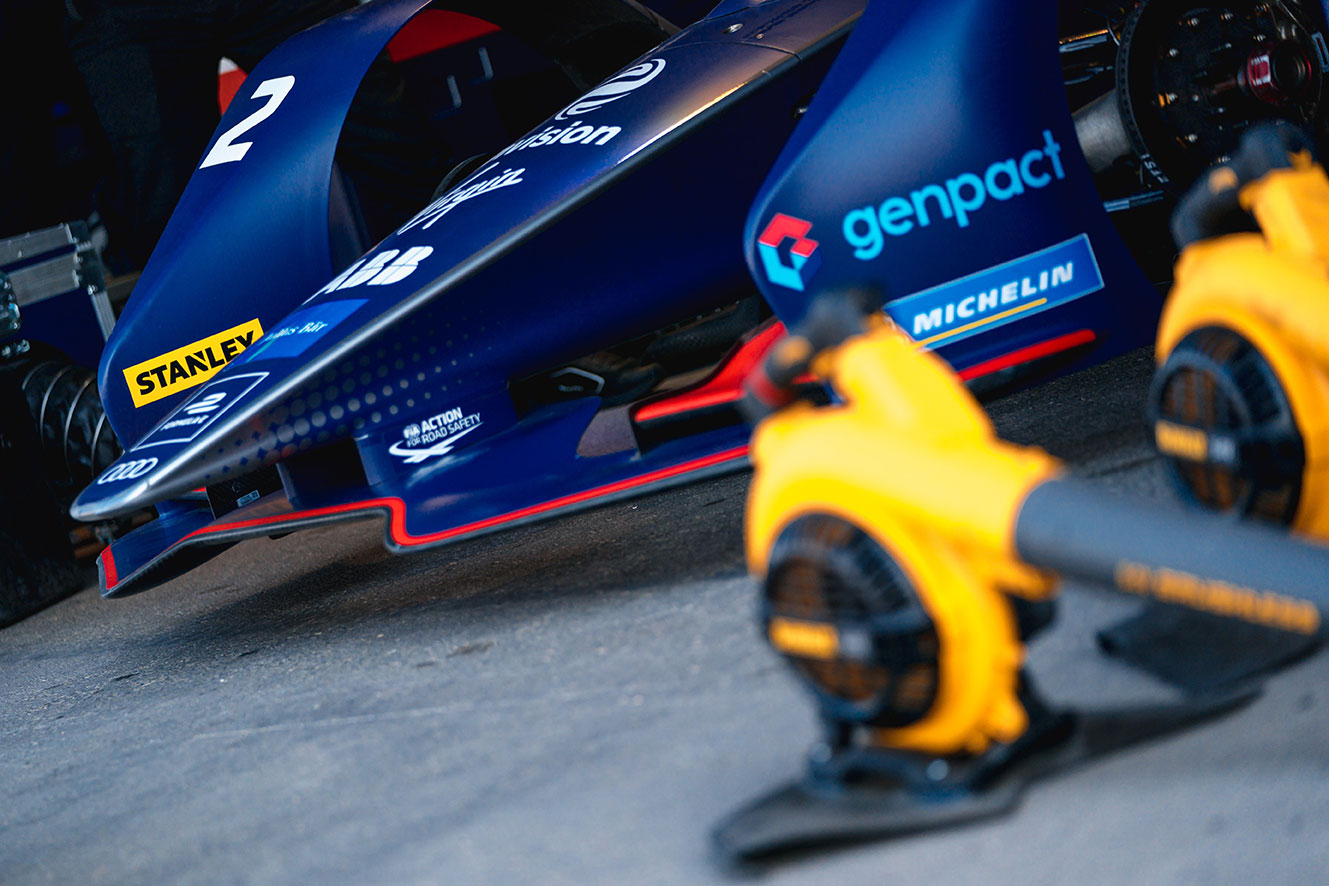 Formula E is a digital business. Data is our lifeblood, our eyes, our ears and central to every decision we make on and off the track.

By tapping into Genpact’s expertise in AI and the ability to feed deeper insights into our race strategy, Envision Virgin Racing has been gaining a more adaptive workforce, sharper predictions, and stronger race performance by connecting people, processes and racing knowledge to make accurate decisions at lightning-fast speed.

Three race wins and third place in the season five championship is testament to Genpact’s hard work but what does it mean for Genpact and Envision Virgin Racing? Let’s take one particular scenario: how to address the uncertainty of the timed race.

Genpact designed the Lap Estimate Optimizer (LEO), an AI-powered scenario engine, to quickly and accurately predict the number of laps in a race. LEO assesses in real time how thousands of possible race situations – such as adverse weather, crashes, red flags, changing track conditions, and more – can impact the total number of laps remaining in a race.

With the predictive insight of knowing how many laps are still ahead at any moment in the race, the team can decide how best to approach turns and overtakes, when to use attack mode, and how to balance speed and battery consumption.

The team has found that LEO can predict the lap numbers ahead of its more classic methods and works particularly well in the extreme weather conditions drivers often face. In Paris last season, for example, where it rained – and hailed – and in Santiago, a very hot race, LEO settled on the right number many laps earlier, providing a huge advantage.

For Envision Virgin Racing, Genpact has built a scenario engine with AI to predict the number of laps in a race – no matter the weather or mid-race incidents. And by putting data from simulator runs and untapped sources to work, both drivers go into each race fully prepared.

Now the team can be even more confident about their energy choices, overtakes, and defensive moves.

All at the speed of instinct.