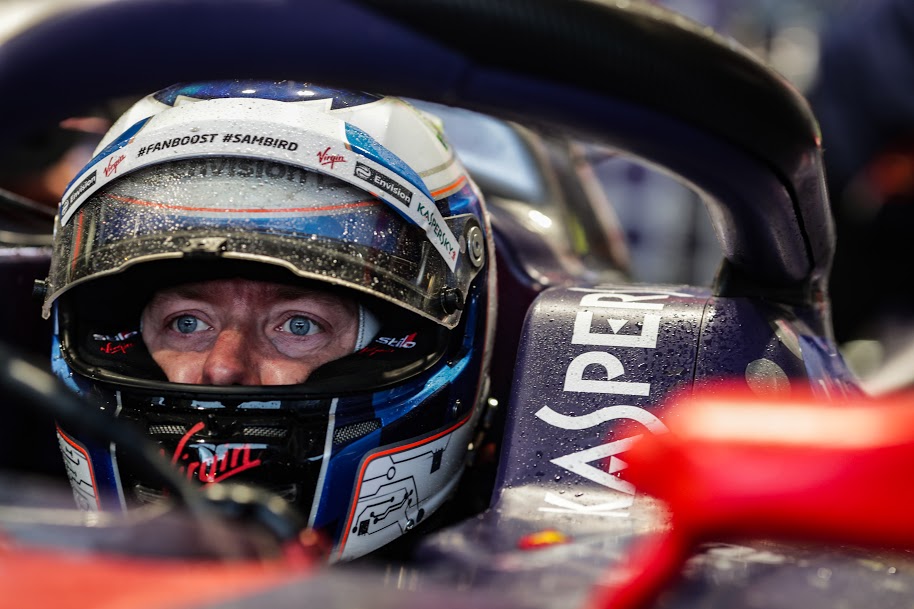 Envision Virgin Racing endured a challenging start to the Paris E-Prix, but early signs suggest the team has the pace to be competitive.

Practice started with a wet track, after a torrential downpour overnight, which made track conditions tricky for the drivers to get to grips with the 1.930km Paris E-Prix street circuit.

Both Bird and Frijns started the session well, as Frijns was the fastest runner when the track was at it wettest.

However, both cars were caught out at Turn Two, as both drivers hit the wall. Despite the drivers’ bad luck, the pace was positive for the team, as Bird finished the session fifth fastest with a lap time of 1:11.277.

Robin finished the session 21st but was not on the track when the track started to dry.

Unfortunately, Bird had to sit out of the second practice session as the mechanics worked on fixing his car from the earlier shunt.

Frijns only managed a handful of laps in the 30-minute session, as the team checked the Dutchmen’s car was running as expected ahead of the qualifying session. The 27-year old finished the morning in 16th place with a 1:01.119.

Next up for the team is qualifying which gets underway at 11:45 am local time with Bird and Frijns running in group two.