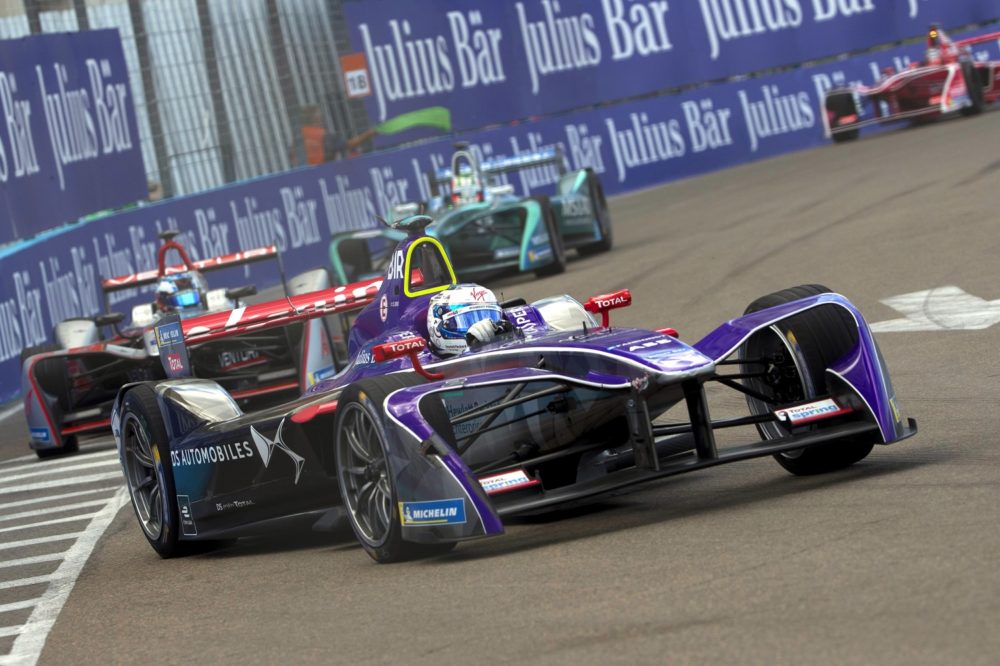 The Rome E-Prix – round seven – marks the start of Formula E’s European leg and the second half of the 12-race season. The Circuto Cittadino dell’EUR track will start/finish on the Via Cristoforo Colombo, before racing around the Obelisco di Marconi, all against the backdrop of the iconic Colosseo Quadrato. And at 2.84km and 33 laps, it’s the second longest track this season.

Virgin Racing drivers Sam Bird and Alex Lynn – both British – will be aiming to continue their strong form too. Bird currently lies third in the drivers’ standings after securing the 12th Formula E podium of his career last time out in Punta del Este, with team-mate Lynn, competing in his rookie season, also securing his best result to date with sixth. That puts the team third overall in the manufacturers’ standings and also makes it the first team to have 10 points finishes this season (five for each driver), as well as the team with the most Superpole appearances with 25.

The race in the Eternal City will feature extensive global TV coverage and for UK fans will be broadcast live and free-to-air on 5Spike.

Bird said: “I’m really looking forward to the race in Rome. It’s such an iconic and historic city, and a country with amazing motorsport heritage. It’s been a strong first half to the season for us with a win and two podiums already, and I’m eager to continue this heading into Rome, and to keep the pressure on for the titles.”

Lynn said: “It was great to get my best result so far last time out. We also qualified in the top two which shows the pace we have, so I’m really looking forward to carrying that momentum into Rome and beyond. The track looks challenging and of course will be new to all drivers, but we’ve been preparing hard and we’re raring to go.”

Team Principal Alex Tai commented: “It’s a credit to Formula E for the series to be yet again racing in another new city, and one as spectacular as Rome. As we enter the second half of the season, the competition really starts to get tough, but we’re currently in third place in both the drivers’ and the teams’ championship and we didn’t get there by luck! We have two fantastic, talented and consistent drivers – as the statistics show – combined with a standout engineering team and of course a quick car, so we’re looking forward to bringing our strong performance to Rome and the upcoming European races.”

DS Performance Director Xavier Mestelan Pinon added: “It is great to be starting the European leg of the championship in such an iconic city, and one with such passionate motorsport fans. From what we’ve learned from our simulation sessions, it will be a difficult track for the drivers, with high speed corners, so we can expect plenty of battles. We know our DSV-03 has the performance and efficiency, and if we avoid mistakes, we can be fighting for the victory.”

For more information on the team, including high-res images and video content, visit: http://map.ds-virginracing.com/