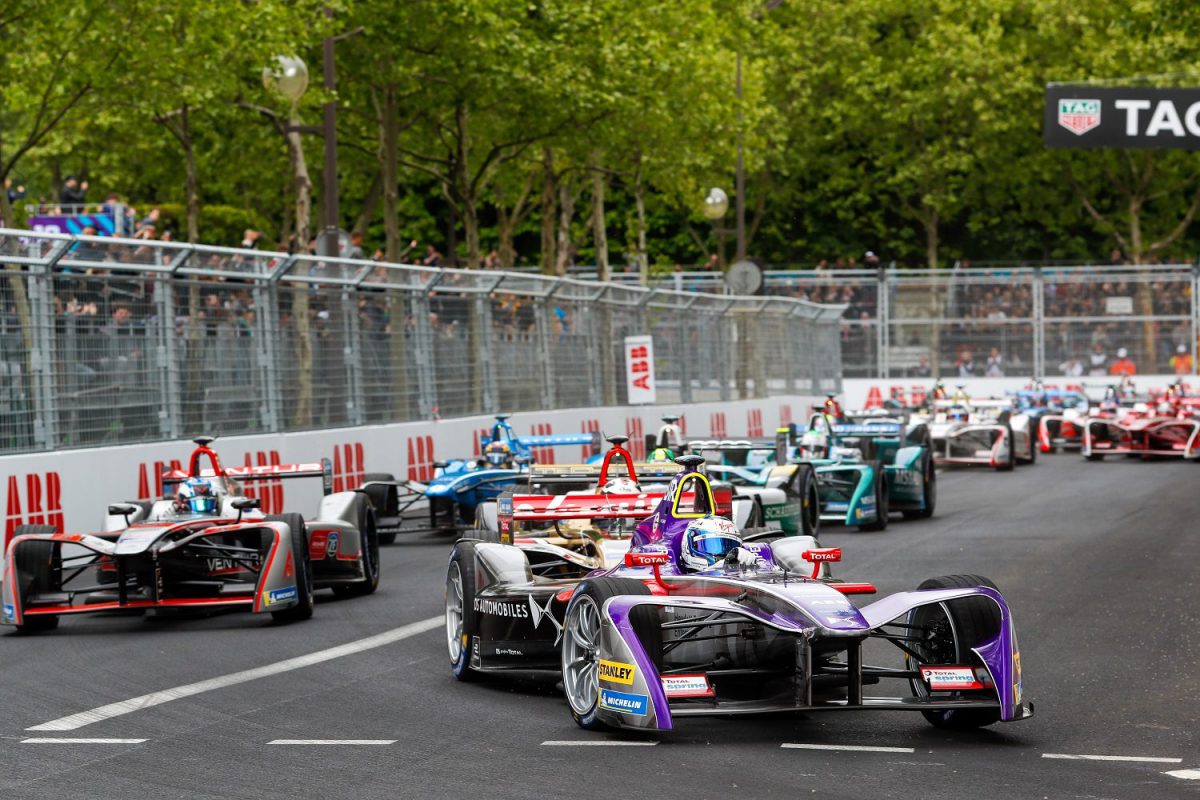 Whilst the Royal Wedding celebrations for Prince Harry and Meghan Markle are in full swing, the Virgin Racing Formula E Team will be hoping to raise a toast of its own on May 19 during the Formula E Berlin E-Prix.

The race, held at Tempelhof Airport in the German capital, coincides with the couple’s big day, with the British racing team – complete with two British drivers – aiming to come away with a crown of their own.

The team are already enjoying their strongest season to date lying second in the teams’ standings with driver Sam Bird also in second spot in the drivers’ championship. Another strong result for Bird will see him narrow the gap to title rival Jean-Eric Vergne, whilst team-mate Alex Lynn, competing in his rookie Formula E season, will also be looking for a strong result to help bolster the team’s points tally. The Berlin E-Prix, the ninth of 12 races this season and the fourth time the city has held an E-Prix, takes place on a 2.375km, 10-turn purpose-built circuit at the former international airport.

Speaking ahead of the event, Bird said: “I’m really looking forward to the Berlin race. The championship is nearing its closing stages, so we know every point is vital. I’m certainly not thinking about the title at this stage and will just approach this race like I would any other. Hopefully we can get another strong result for me and the team.”

Lynn said: “We’ve had a couple of frustrating results recently, but we know the pace is there and we’ve been working hard in the simulator to prepare ourselves for the event which will be another new track for me. The team and I are feeling confident and hopefully we can come away with some good points.”

Team Principal Alex Tai commented: “The season has gone from strength to strength for us and we’re really looking forward to continuing this momentum in Berlin. Germany has a great motorsport heritage and the crowds are always really enthusiastic. Lying second in both the teams’ and drivers’ standings is a fantastic position to be in with four races remaining, and hopefully the Royal Wedding won’t be the only thing we’re toasting come race day.”

DS Performance Director Xavier Mestelan Pinon added: “After the strong performance the team has achieved with our DSV-03 since the beginning of the season, the target in Berlin is definitely the victory. Last year, both cars were in Superpole on the Saturday and the Sunday. We have worked a lot on the simulator to get ready to deliver the best possible performance.We continue to aim for both championship titles at the end of the season.”

UK fans can enjoy TV coverage of the race on Channel 5 from 4:45pm on Saturday May 19.