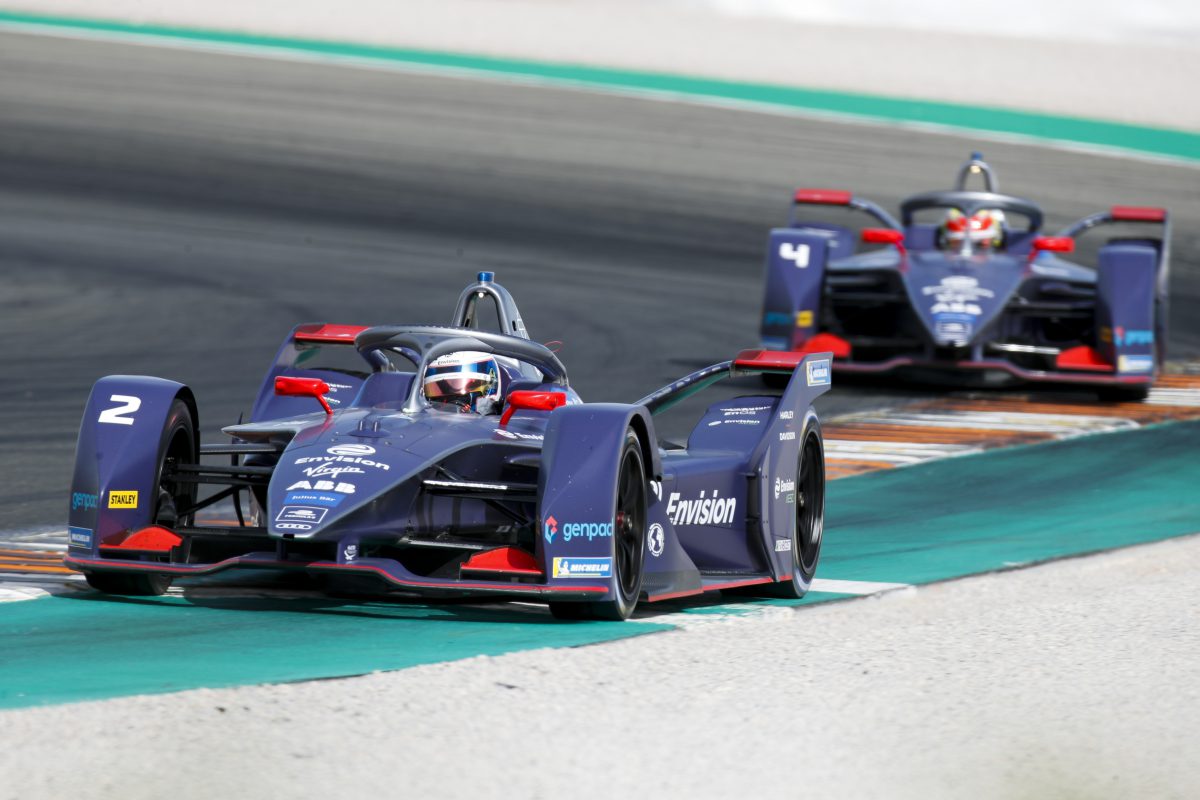 Gaining valuable data for the team across all three days of running, the duo of Sam Bird and Robin Frijns completed 412 laps of the 3.094km circuit. Featuring 15 turns including an artificial chicane, the test was the first time that Formula E have run with a capacity grid of 24 drivers and 12 teams.

Topping the timing sheets on day one, Briton Sam Bird made an impressive start to the test, with crucial race runs completed in the morning session. Teammate, Robin Frijns continued the momentum into day two by beating Bird’s lap record and ending the day in P1.

Focusing on gaining vital data ahead of the season opener on 22nd and 23rd November, the team conducted a series of race simulations and qualifying runs across the event as it aims to continue its previous success in the all-electric championship.

Sylvain Filippi, Envision Virgin Racing’s Managing Director, said: “It’s been an interesting week for the team, as an independent outfit we do not have anywhere near the testing of manufacturer teams so the data that we have gained from this test is crucial for us. Whilst the Valencia circuit is unrepresentative of a Formula E city centre track the team and drivers have still extracted the most from the car. Topping the timings for two consecutive days is also great, it shows that we’ve got the outright pace and we were consistent on the longer running as well.”

Sam Bird said: “It was great to top the timings on the first day of the test but our main aim going into this week was to ensure we gained important data and learnings ahead of the first race in November. The car feels very similar to last year’s, as we’ve got an optimised package from Audi Sport for season six, so I’m confident that we have another race winning car – we just need to see it in action now.”

Robin Frijns added: “The team have worked incredibly hard over the summer period and the preparation really showed during this test. Topping the timesheets on day two was really positive for me and the data gained from our race runs is hugely beneficial ahead of the season opener. We’ll spend the next few weeks reviewing this and working on the simulator to make sure that we remain competitive for the upcoming season.”