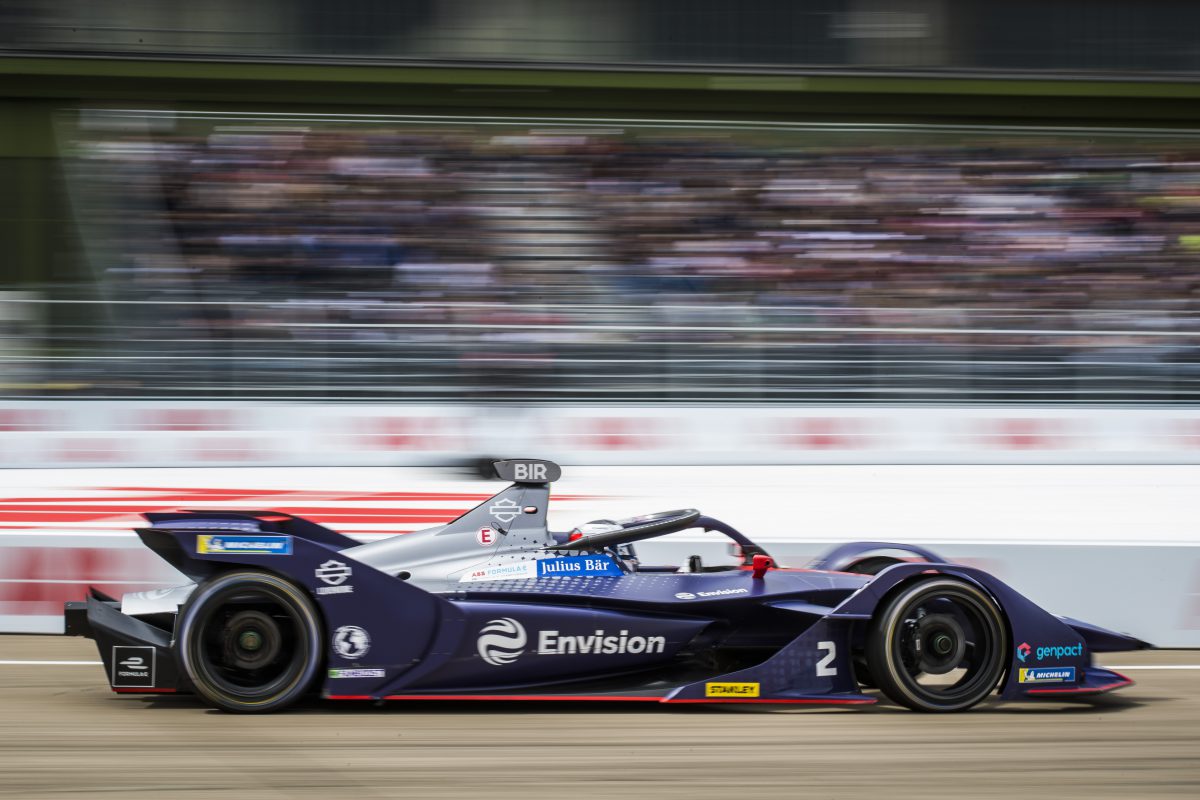 Envision Virgin Racing’s Managing Director Sylvain Filippi believes the team will see a ‘return to its true form’ this weekend at the Formula E Swiss E-Prix, following a short spell of challenging races in the all-electric series.

The team, which already boasts two race wins and a further three podiums this season, currently lies third in the championship, but despite strong race pace, it has endured tricky qualifying results over the past two rounds. Now, with just three races remaining, the team is confident it can continue its title charge in both the teams’ and the drivers’ standings, with the next race in Bern on June 22nd.

“This season of Formula E is by far the closet of any, with no runaway winners and everything still to play for,” comments Filippi. “For Envision Virgin Racing, we’ve enjoyed one of our strongest ever seasons with both Sam [Bird] and Robin [Frijns] picking up victories and additional podiums. Since the last race, we’ve been working extremely hard to analyse all the data and find improvements where we can. We’re confident we will see a return to the team’s true form in the Swiss capital.”

Returning to Switzerland for a second time, the newly constructed 2.750km circuit will see drivers race through the streets of Bern using a 14-turn, anti-clockwise configuration. As with the previous events here, the track is expected to be a challenging one with drivers overcoming the likes of tram lines and fluctuations in elevation, not to mention Formula E’s Attack Mode, located between turns eight and nine.

Dutch driver Robin Frijns, who currently lies in fifth spot in the championship, believes Bern is shaping up to be a great event. “It’s exciting to be visiting a new Swiss circuit and I’m looking forward to going racing on what should be a great track with an amazing backdrop. I’m confident that the car has the pace and we’ve worked hard during the downtime since Berlin to ensure that we’re in a good place going into Bern. I haven’t raced in Switzerland before with Formula E so I’m excited to be heading to a new country and coming away with a good result.”

Team-mate Sam Bird, 32, said: “It’s been a difficult few races on my side of the garage but during the extended break we’ve looked at every element of the race weekend and I feel far more confident in myself going into Bern. Qualifying, as always, will play a crucial role this weekend, as I now feature in the third group, and this season seems to have shown that the later qualifying groups perform better as the track evolves. Hopefully this will put us in good stead and we can capitalise on this.”

The Swiss E-Prix takes place on Saturday, 22nd June at the slighter later start time of 6pm (local time). UK fans can follow all the action through the BBC’s live events platform – via the BBC Sport website, BBC iPlayer and BBC red button – as well as BT Sport, Eurosport, and the team’s social channels and website.