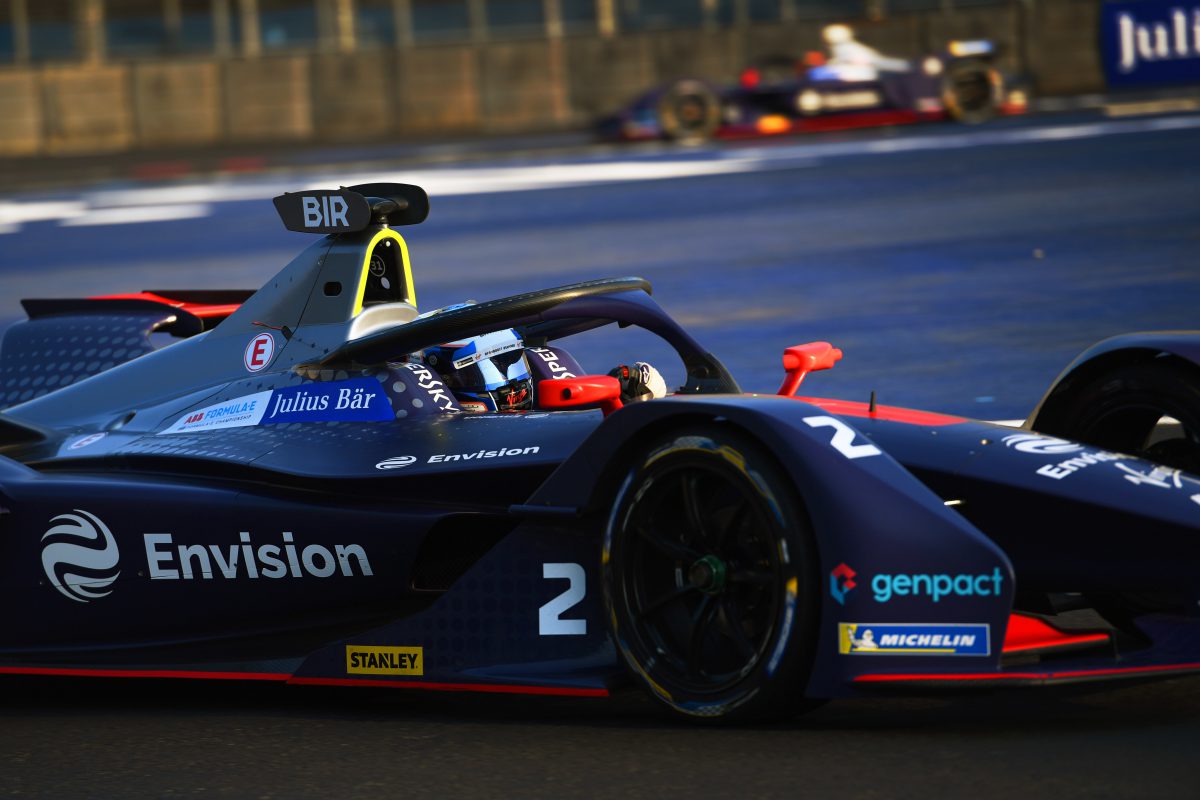 ENVISION VIRGIN RACING: “CONSISTENCY WILL BE KEY” AS TEAM LOOK TO MAINTAIN CHAMPIONSHIP LEAD IN SANYA

Envision Virgin Racing’s Managing Director Sylvain Filippi believes ‘consistency will be key’ if the team is to maintain its championship lead heading into the next Formula E race in Sanya.

Taking place on March 23rd, the event marks the return of the all-electric series to mainland China following the Beijing race in 2015 and will also be the home race for the team’s majority owner Envision Group.

The team and its British driver Sam Bird currently top both the constructors’ and the drivers’ standings after five rounds, but Filippi is all too aware of the need to remain focused and continue scoring regularly. “There’s still a long way to go in this championship and a lot of points still up for grabs,” said Filippi. “As an independent team, we’ve achieved a huge amount already from working hard and constantly analysing where we can improve. Championships are not won in a weekend, so consistency will be key and making sure both our drivers are regularly scoring points. Confidence is at its highest in the team as we head into the Sanya E-Prix and we’re hoping we can come away with another strong result.”

Sanya, a city on the southern end of China’s Hainan Island, is a brand-new venue for the series which will see drivers competing on a specially-built 2.236km, 11-turn track, with top speeds expected to reach 225kph. Joining the team for race day will be Envision Group Founder & CEO Lei Zhang, as well as Chairman of the Board of Envision Virgin Racing Franz Jung. Lei said: “As our home event, I’m looking forward to the race and supporting the team as they continue to grow from strength to strength. The return of Formula E to China is a significant step and I’m sure it will be the first of many more races to come.”

Both the team’s drivers are equally looking forward to the event which is just before the halfway point in the season. Championship leader Bird, 32, commented: “After the drama of the last race, we’ve had time to reflect and regroup as a team and are now fully focused on the Sanya E-Prix. The track looks good and reminds me a little of the Punta del Este circuit with its beach location, so will be interesting to see how dusty the surface becomes over the weekend. It’s always great to be racing in new locations and we’re excited to get out there.”

Meanwhile team-mate Robin Frijns, who secured his second podium of the season last time out, is equally looking forward to the challenge. “We’ve been working hard in the simulator to prepare for this but it’s always hard to know what to expect until you get out there,” said the Dutchman. “For sure the wind and sand might make track conditions interesting but we’re looking forward to the challenge and once again trying to score heavily.”