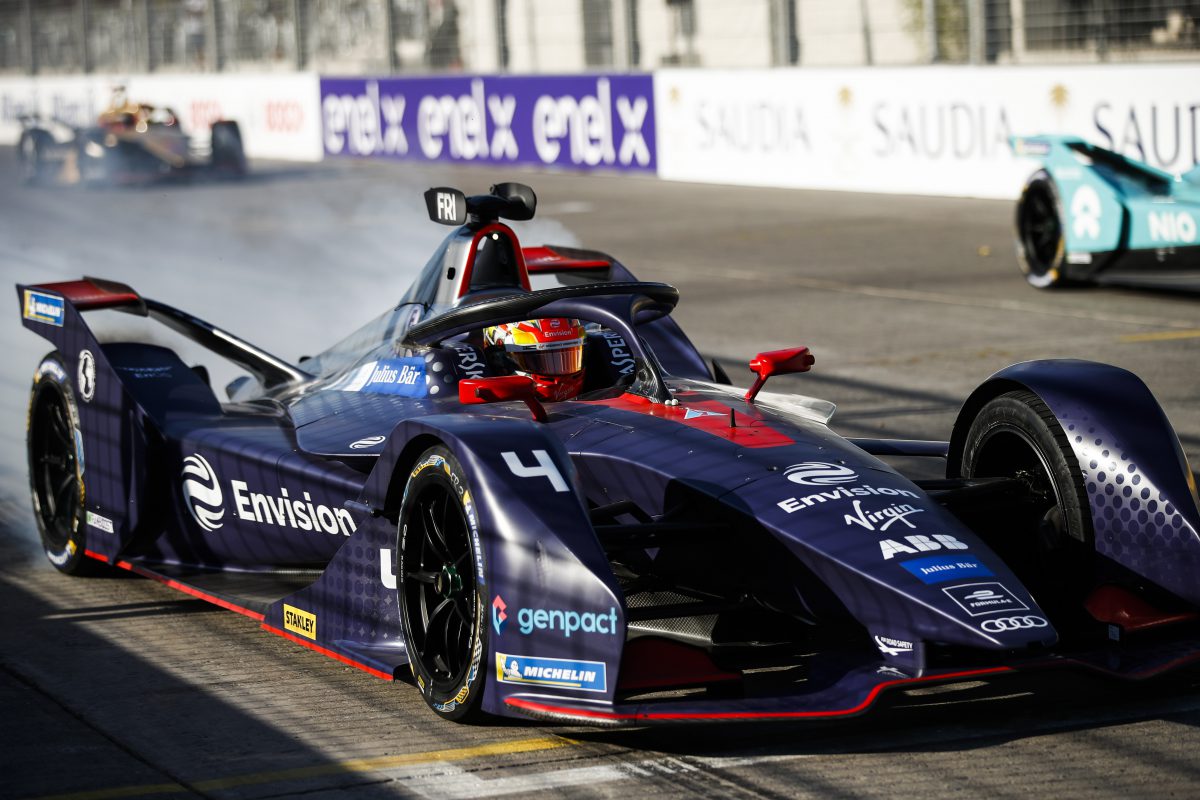 Envision Virgin Racing’s Managing Director Sylvain Filippi says the team is “not getting carried away” ahead of the next Formula E race in Mexico City, despite it leading both the teams’ and the drivers’ championships.

The squad enjoyed their eighth career win last time out in Santiago thanks to British driver Sam Bird, continuing both his and the team’s record of securing victories in every Formula E season so far. That propelled the 32-year-old into top spot in the drivers’ standings, with team-mate Robin Frijns once again producing an equally impressive drive that race to gain 10 places, finishing fifth and moving up to fourth in the rankings.

“Santiago was an amazing result for us and for sure the aim in Mexico City is to capitalise on our current momentum and look to extend our championship lead,” says Filippi. “But I’ve been involved in Formula E since the beginning, so I know anything is possible in this championship and, of course, how competitive the current field of teams and drivers is. There is still a very long way to go this season so we must remain focused, maintain the maximum effort everyone is putting in and take each race as it comes. If we do that then there’s no reason why we can’t come away with another strong result.”

Taking place on Saturday, 16th February, the Mexico City E-Prix will once again be held at the city’s Autódromo Hermanos Rodríguez circuit, although using a shorter, modified version incorporating the famous Peraltada final corner and the spectacular stadium section. At 2.093km in length, the 17-turn clockwise circuit offers plenty of challenges to the drivers, not least dealing with the heat and altitude as they race around at speeds approaching 225kph.

Bird said: “The team put in an amazing effort at the last race in Chile for us to come away with the win, together with Robin’s strong finish. But we’re barely a quarter of the way through the season so we must be pragmatic and just take each race as it comes. For me, the Mexico E-Prix has previously brought mixed results, so we’ll have to see. As always, we’ll give it our all and aim to come away with a good points haul.”

Dutchman Frijns added: “Santiago was a great boost for the team, but we know there’s more work to be done so we’re doing just that and have been working hard in the simulator, and with the engineers, to prepare for the race in Mexico. We’re expecting tyre degradation to be higher than previous seasons with the long right-handers, so this will be a key focus to work on, but the whole team is looking forward to the challenge.”

The Mexico City E-Prix takes place on Saturday, 16 February at the Autódromo Hermanos Rodríguez. UK fans can follow the team’s progress through the BBC’s live events platform – via the BBC Sport website, BBC iPlayer and BBC red button – as well as BT Sport, together with the team’s social channels and website.