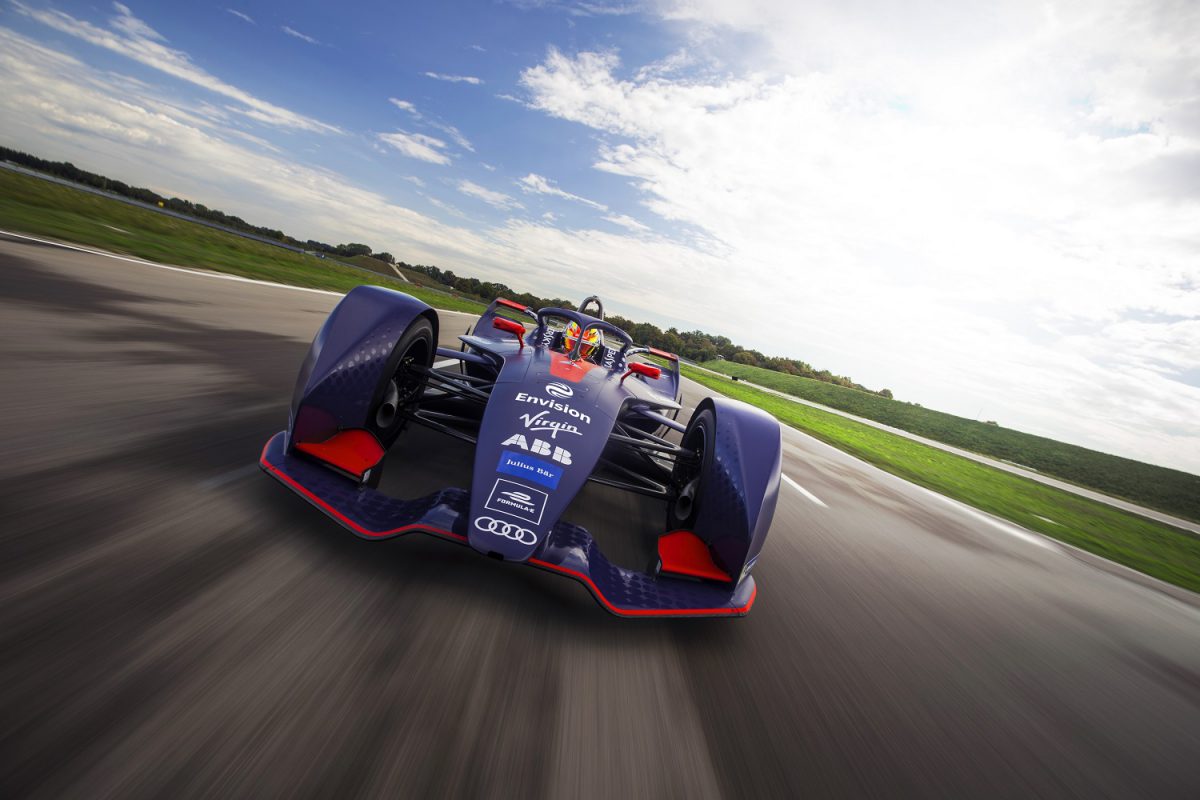 As the countdown continues to the much-anticipated fifth season of the all-electric series, Envision Virgin Racing will take to the track from October 16 alongside 10 other teams and 20 drivers for three days of intense running on a modified version of the 3.09km National Circuit.

Last week the team, one of the founding in the series, unveiled a fresh look identity, car livery and driver line-up at its Silverstone headquarters, led by Envision Group founder and CEO Mr. Lei Zhang – the team’s majority owners.

Running in its now iconic purple, silver and red colour scheme, the test sessions will be the first time the team has run publicly – as well as alongside rival teams – following the summer break and will be the only chance to fine tune its new Audi e-tron FE05 cars before the season opener in Riyadh on December 15.

Sylvain Filippi, Envision Virgin Racing’s Managing Director, said: “We had an extremely successful launch event last week and now, following all the hard work over the summer, we’re ready to put our new Gen2 cars through their paces. As an independent team we’re restricted on private testing, so we have a busy programme to complete but we’re confident the team and drivers can get up to speed quickly. Obviously, there is always a degree of caution with the results you get from testing as this circuit is not necessarily representative of the tracks Formula E normally competes on, but the data we gain will be very beneficial in the lead up to the opening race in Ad Diriyah.”

The team will also be supported by Envision Group at pre-season testing with Chairman of the Board, Franz Jung, in attendance in Valencia. Franz said: “Envision Group have a mission to solve the sustainability challenge for the future, this is a common goal shared with Formula E. We were very impressed by the commitment the team showed during the launch event at the team’s Silverstone base, we’re now excited to see the same at pre-season testing.”

Sam Bird said: “I’m excited to see how the Audi Sport technology compares to the other cars throughout the test. From the limited running we’ve already done, it feels like a strong package, so I can’t wait to be driving it. Season five is an exciting time for the sport, and with the absence of car changes, there is even more emphasis on the on-track performance.”

Robin Frijns added: “It’s great to be back in Formula E with the Envision Virgin Racing team. We’ve worked hard as a team throughout the summer and now we’re ready to see what we can achieve. The car itself feels nice to drive and I’m looking forward to working through the various set-up and strategy programmes we have to ensure we’re in the best possible shape.”

Three days of collective testing take place at Valencia’s Ricardo Tormo circuit, beginning on October 16, through to October 19, with a one-day break on the Thursday. Each day of testing will be split into two sessions, with cars running between 9-12am in the morning session and 2-5pm in the afternoon. The test will be open to the public on Tuesday 16 and Friday 19, and to register fans should visit http://info.fiaformulae.com/season-5-testing.