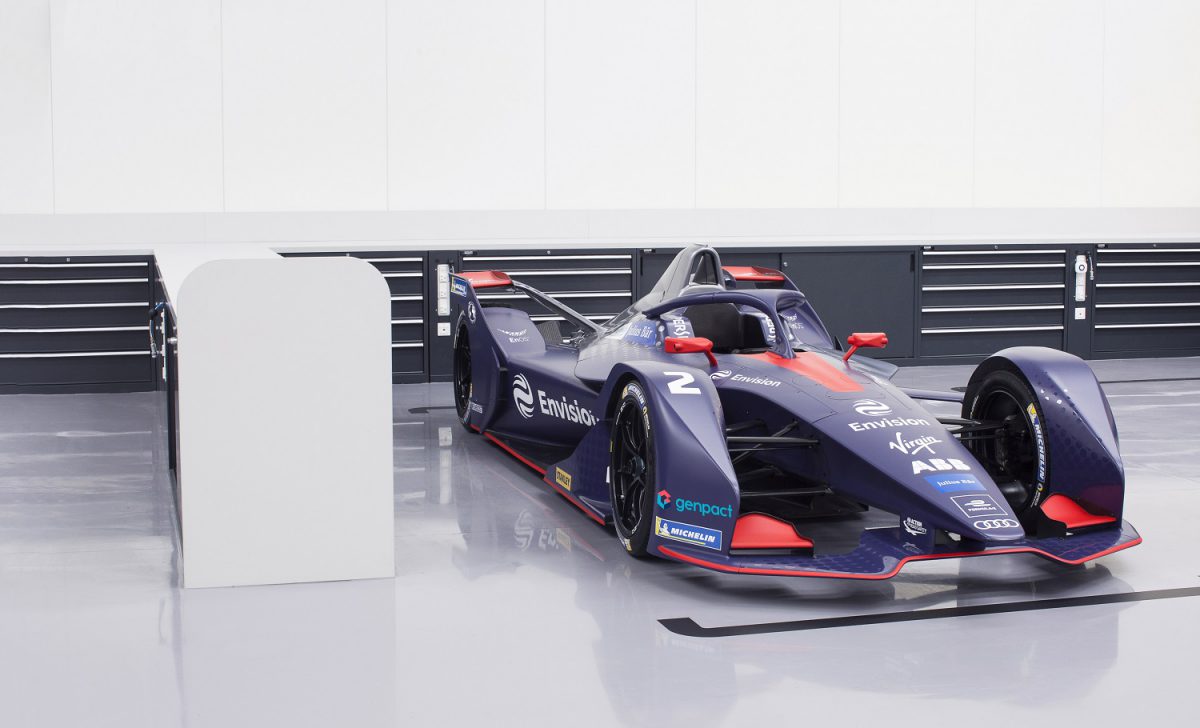 Envision Virgin Racing, the current leading team in the all-electric Formula E series, has this week begun work on expanding its operational headquarters at Silverstone Park, to further develop and improve the team’s race preparations.

The UK-based outfit moved to its new state-of-the-art facilities – located just a stone’s throw from the home of British motor racing – in 2017, ahead of the fourth season of the FIA Formula E Championship.

Now, due to continued expansion, the team is adding a mezzanine floor to its existing facilities, including the installation of a cutting-edge VI-grade racing simulator. The extension plans, due to be completed by the summer in time for the next Formula E season, also allow for more work space; with all being built in keeping with the rest of the site, which adheres to the ‘Very Good’ energy sustainability standards set by the government’s BREEAM agency, as well as being certified carbon neutral by the Carbon Trust.

As well as accommodating more than 25 permanent staff, the base also houses the team’s Audi e-tron FE05 fully-electric race cars, workshop bays, spare parts, engineering offices and multi-media meeting rooms. In addition, following a partnership with electric vehicle charging technology company ChargePoint, the headquarters has three dual AC charging stations allowing up to six EVs to be charged at once. Meanwhile, the team’s commercial headquarters continue to be based in central London.

Sylvain Filippi, Managing Director for the team, said: “As one of the founding and most successful Formula E teams, it’s fantastic to watch the team grow year-on-year. Moving to Silverstone Park was an obvious choice due to the facilities, skillset and like-minded businesses on our doorstep. Now, after being here less than two years, we’re in a position to implement the second phase of the development, thanks to the investment and foresight of the team’s new majority owners, Envision Group. Once complete, the new work areas and simulator will help further improve the quality of our race preparations for season six, as well as show our continued commitment to Formula E.”

Envision Group’s Franz Jung and Chairman of the Board said: “We fully support the team and want to continue building on the team’s already impressive legacy. Formula E is becoming increasingly competitive, so we know how important this type of investment is to help stay ahead of the competition.”

John Williams, Managing Director of VI-grade Ltd who will be supplying the team’s racing simulator, added: “We are very pleased to announce another success in the motorsports industry by reporting the adoption of our driving simulator at Envision Virgin Racing as a turnkey solution. The installation includes proprietary software from VI-grade and related hardware components, as well as a cockpit provided by Envision Virgin Racing equipped with proprietary active belts technology from VI-grade. The simulator, including a set of Formula E digitised tracks, will provide the customer with a complete solution that will enable them to virtually test and optimise the performance of their race cars, therefore allowing them to agree on, and then deliver, the optimal race performance.”