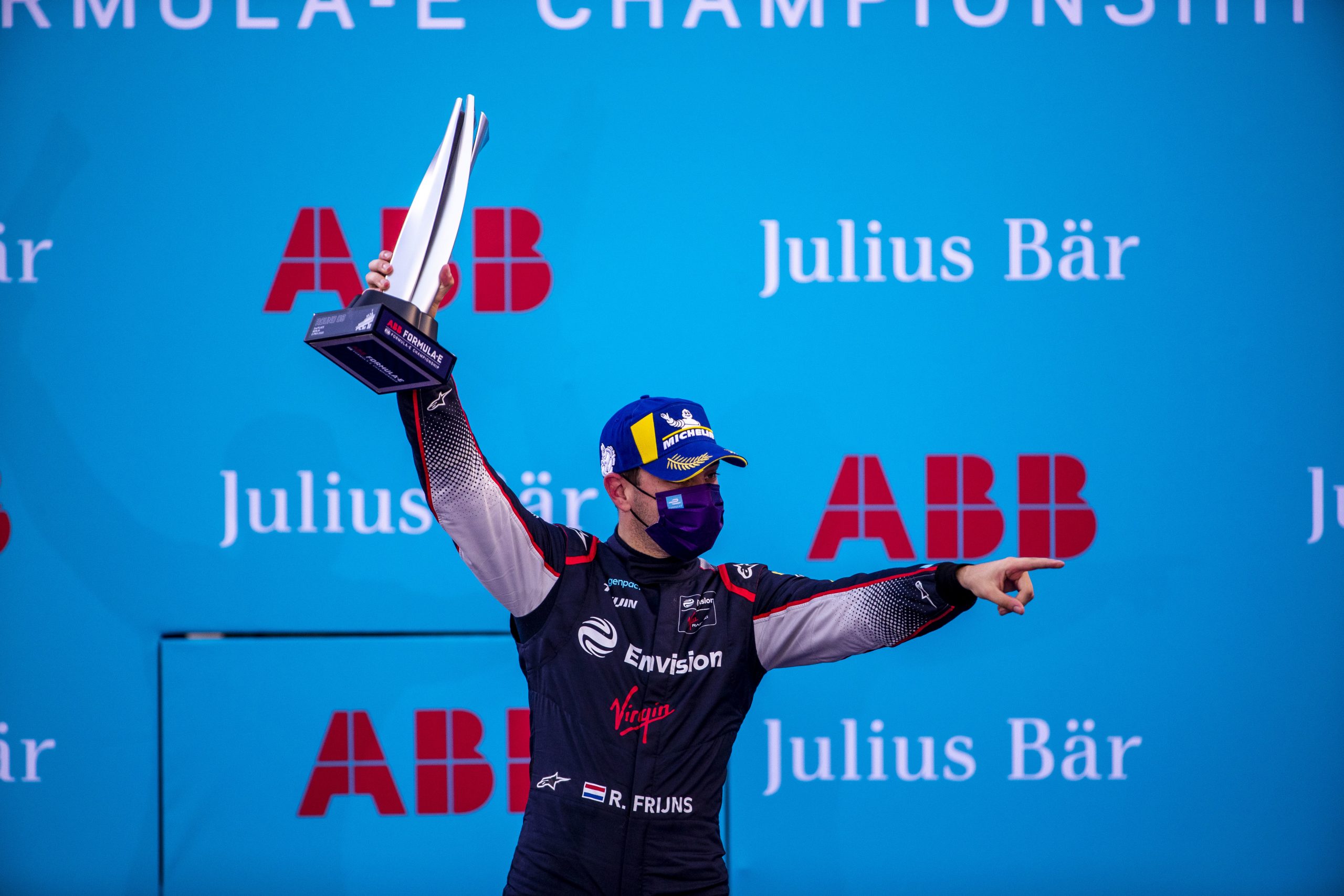 Envision Virgin Racing’s Robin Frijns missed out on victory by a mere tenth of a second during today’s third Formula E race in Berlin – the closest ever finish in the championship’s history.

Starting from sixth place, the Dutchman worked his way through the field to head into a dramatic last lap running nose-to-tail with race leader Maximilian Guenther, pushing him all the way to the chequered flag only to be denied by just 0.128 seconds.

Returning to the original 2.275km Tempelhof circuit for the third of six races in the German capital, Frijns and his team also demonstrated calculated energy management throughout the 35-lap race, allowing him the opportunity to fight for the win. Robin, who celebrated his 29th birthday yesterday, now has six Formula E podiums to his name and brings his team up to fourth place in the standings, becoming the second highest points scoring team since arriving in Berlin. 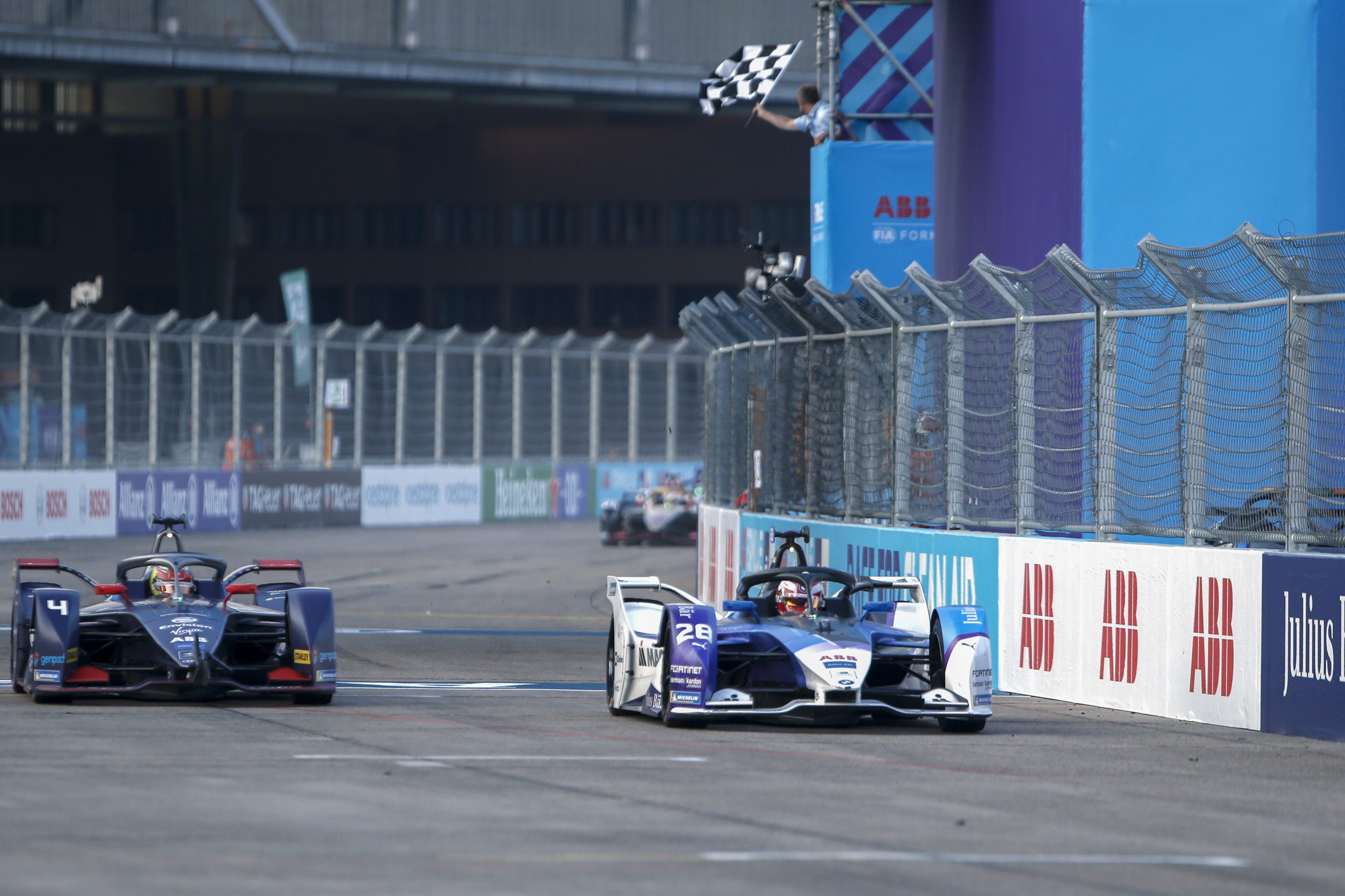 Meanwhile, team-mate Sam Bird – who had a difficult qualifying session and started the race in 20th place – showed his strong overtaking prowess to make up seven places to end in P13.

Frijns, who now moves up to 12th in the drivers’ standings, said: “It’s really great to be back on the podium as it’s the first time this season. It was a good race and we were running well on energy towards the end as we were always playing the waiting game.”

I could see Max [Guenther] and JEV battling hard ahead so saw an opportunity to pass JEV and then press on the back of Max. I was gaining speed at the end on Max but in the end I’m happy to finish P2 with some good points.” 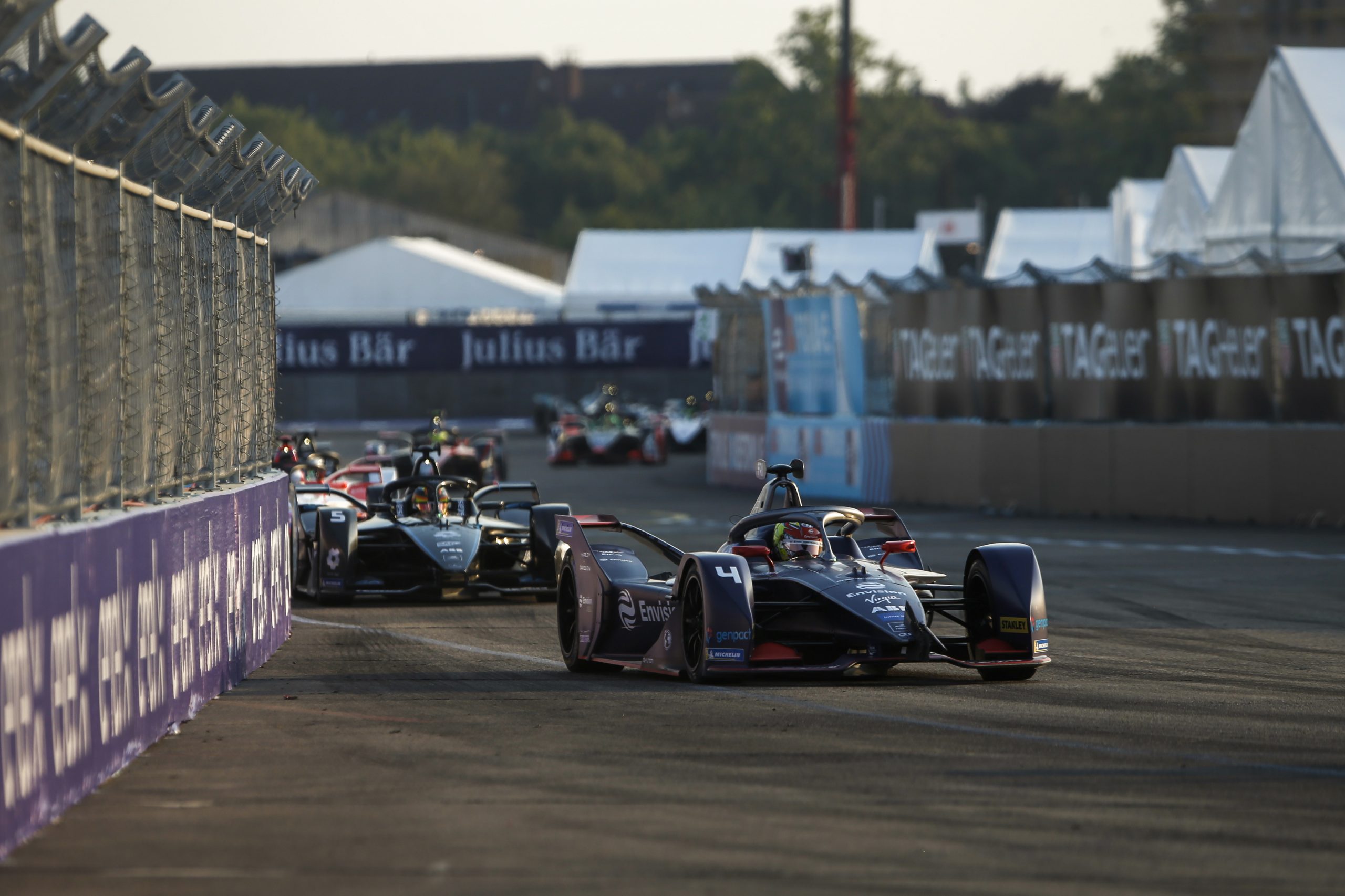 Bird said: “It’s been a difficult day for us. Qualifying did not go our way and starting P20 always means things are going to be tough. We managed to move through the pack, saving our Attack Modes until the latter stages, and to finish just outside the points is encouraging, but obviously not where we want to be. Huge congratulations to my team-mate Robin though who drove a great race to finish on the podium.”

What a race! It has been a fantastic performance from the team today, and of course Robin, and a very tense last lap watching from the garage. Robin drove a superb race and thoroughly deserved his podium. The team is really relishing this Formula E finale, going from strength to strength, and averaging nearly 18 points per race. Hopefully, we can keep up the momentum we have built and push on for the next three events.