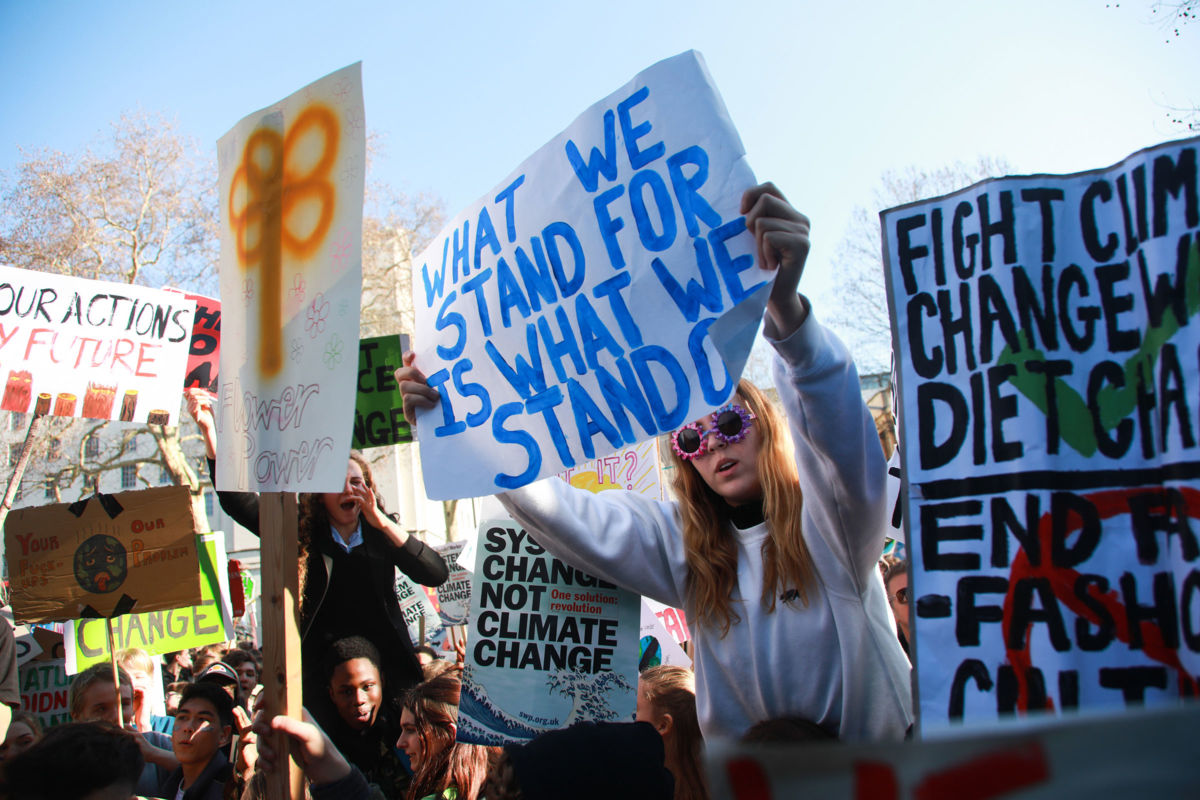 The fossil fuel industry’s decades-long campaign to build political power and spread disinformation about climate change is well-documented. It has long kept the American public in the dark and elected leaders in their pocket. Their strategy of denying the causes of climate change has been wildly lucrative for the fossil fuel industry, but devastating for our environment and democracy.

As kids across the U.S. and around the globe rise up to demand action, this disinformation campaign is now being targeted at America’s classrooms.

A spate of bills introduced in states across the country would either prohibit teachers from discussing climate change in their classrooms or require public school teachers to present “both sides” of an issue that has come to dominate American political discourse. This would give science equal weight with flat-out propaganda.

This assault on our children is reprehensible for so many reasons. To start with an obvious one, it is keeping kids in the dark about an urgent global problem that will affect the rest of their lives. To present rigorous scientific evidence alongside self-interested corporate propaganda equates truth with lies and blurs fact and fiction.

Misinformation is a tool of oppression and it has no place in classrooms.

Furthermore, presenting information to our kids through the lens of partisan politics corrupts the goals of education. It deadens critical thinking skills and instead nudges children toward ideological, rather than fact-based, decision making. It divides our communities. It teaches kids to distrust, to bend facts to their preferences, rather than to inquire, test and seek truth. It does the subtle work of hemming in their imaginations to align more closely with the agenda of special interests and the politicians that do their bidding.

What a cynical and depressing worldview the legislators who write these bills must have.

I myself have long been targeted for my research into climate change and my efforts to communicate the dire consequences of human-caused climate change. These days it’s mostly easily-ignored Twitter trolls, but during the height of the attacks on climate science, someone mailed me a letter filled with white powder. And in the not-too-distant past, members of Congress used the power of their offices to publicly attack my research and malign my reputation. It is always disturbing to see elected leaders bully in this way. Their purpose is never to provide “balance.” It is always to intimidate and obfuscate.

Many teachers are already hesitant to talk about climate change. Some describe fear of backlash from parents. The reality—according to recent polling —is that the overwhelming majority of parents want their kids to know what scientists have to say about climate change. That includes two-thirds of Republican parents. But saber-rattling by elected officials creates a chilling effect that ripples all the way into our kids’ schools. Even if the bills don’t move forward, the simple act of introducing them works to suppress information and hinder awareness.

I feel solidarity with the teachers whose daily work may be disrupted by these backward bills. I feel angry for the students whose education is being compromised for political purposes. I feel frustration for the parents whose kids are being turned into the next battleground for an inane “debate” over climate change, instead of being prepared to take it on.

What can we do? For one, we can support groups that are fighting back against ignorance, like the National Center for Science Education and We The Future, a project putting art and teaching materials highlighting young leaders in 20,000 classrooms.

We’re already seeing the harm of floods, fires, heat and drought, but it’s the next generation that will bear the brunt of climate change. The least we can do is give our kids the tools to rise to the immense challenge they will face as the climate change generation.

Actually, the very least we could do is not lie to them about it.