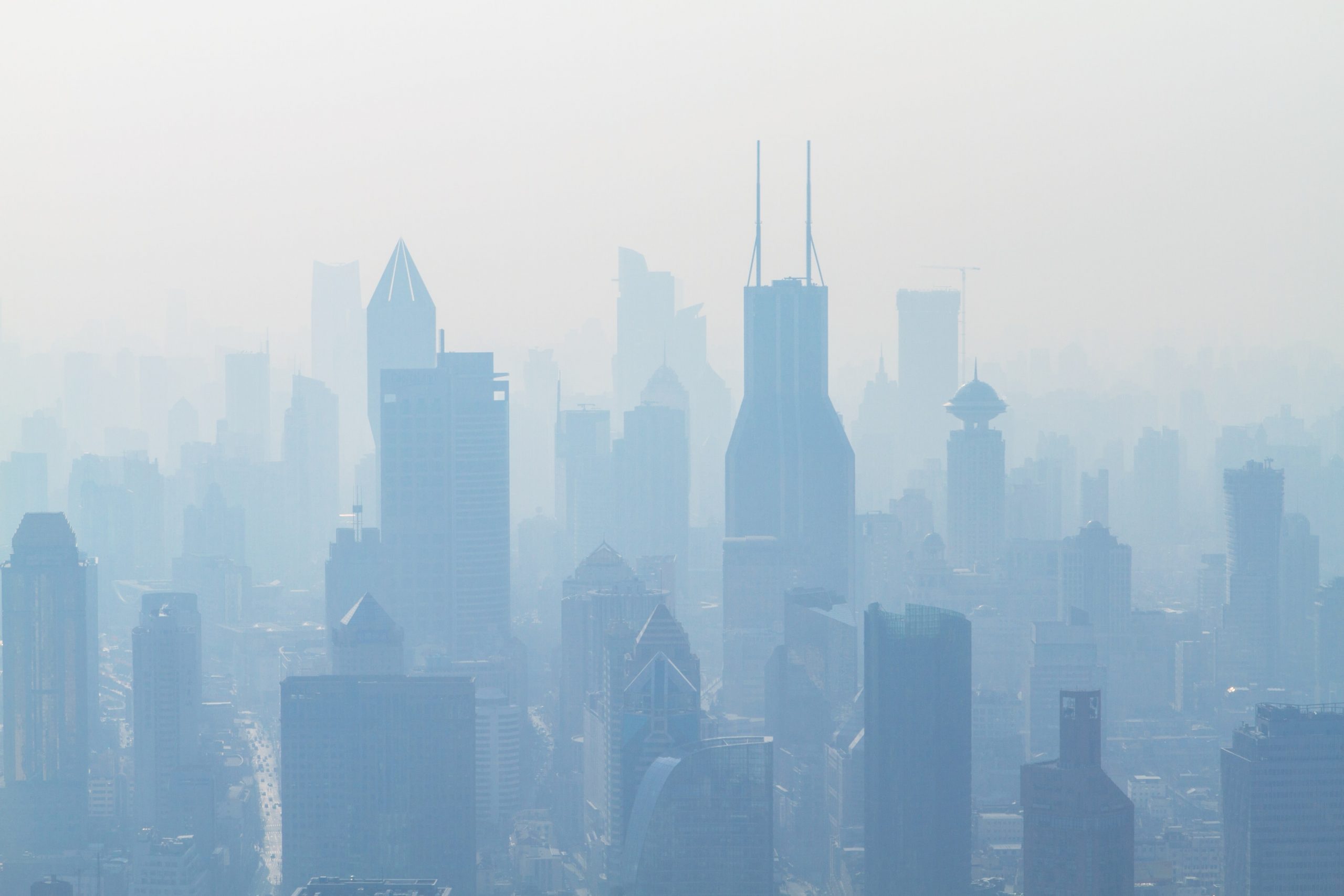 How Dangerous Is Air Pollution And How Can We Tackle It?

We breathe in and out about 22,000 times a day. That’s about eight litres of air per minute, or 11,000 litres per day. But what happens when the air we breathe becomes polluted… What does this mean for our health?

Air pollution has always been a cause for concern and the levels remain dangerously high in many parts of the world. In fact, around 9 out of 10 people breathe in polluted air globally.

So what is air pollution?

Air pollution is often understood as a mix of PM2.5 (particulate matter that is 2.5 microns or smaller) black carbon and CO2, and is largely attributed to carbon burning. This is a result of everything from burning fossil fuels, emissions from ICE vehicles to waste incineration. As we continue to rely on fossil fuels to power our world and as the climate crisis worsens, air pollution will remain dangerously high.

In cities, a gas called ozone is a major cause of air pollution. This is a greenhouse gas and although it can be good and bad for our environment, it’s dangerous when it sits closer to the ground. Ground level ozone is caused when sunlight reacts with chemicals that are released in the burning of fossil fuels, and when air particles combine with ozone, they create smog. 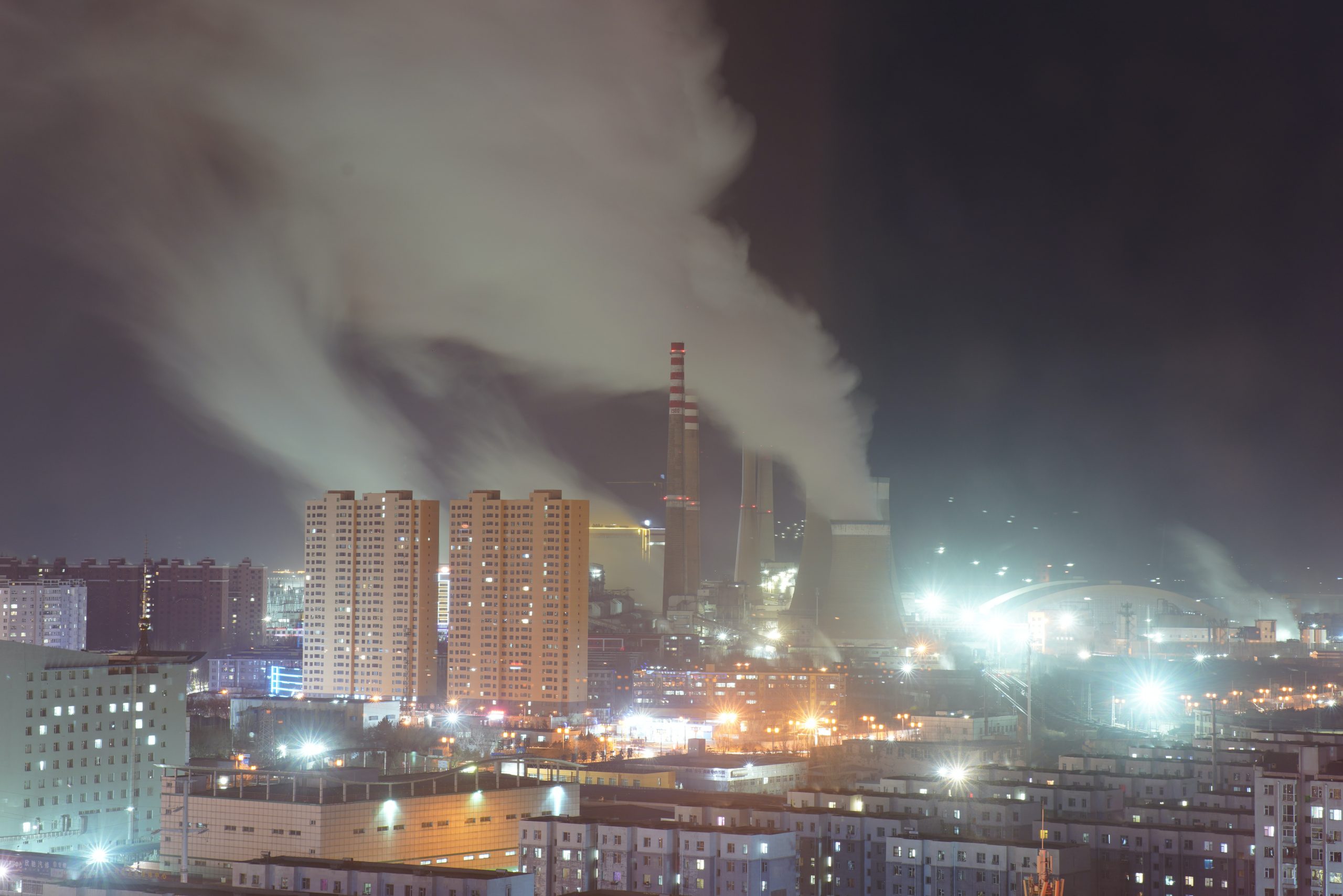 Why is air pollution so dangerous?

According to WHO, seven million people die every year from exposure to fine particles in polluted air. More than 90% of air pollution-related deaths occur in low- and middle-income countries, mainly in Asia and Africa, and around three billion people (more than 40% of the world’s population) still do not have access to clean cooking fuels and technologies in their homes. This is the main source of household air pollution and is responsible for 3.8 million deaths every year.

We’re all familiar with the images of cities around the world plagued by smog, and although during the COVID-19 pandemic smog levels fell around the globe, the race to recover has led to its return.

Not only this, but as the planet warms, the more likely ozones are to form. The hotter temperatures and lack of rainfall mean an increase in forest fires which have recently become a major source in the release of these dangerous particulates.

And as air pollution increases, climate change worsens, causing a damaging cycle which speeds up climate breakdown. Black carbon can settle on snow and ice, darkening the surface and enabling it to absorb more sunlight, which increases melting. This is having a devastating effect on glaciers all over the globe. 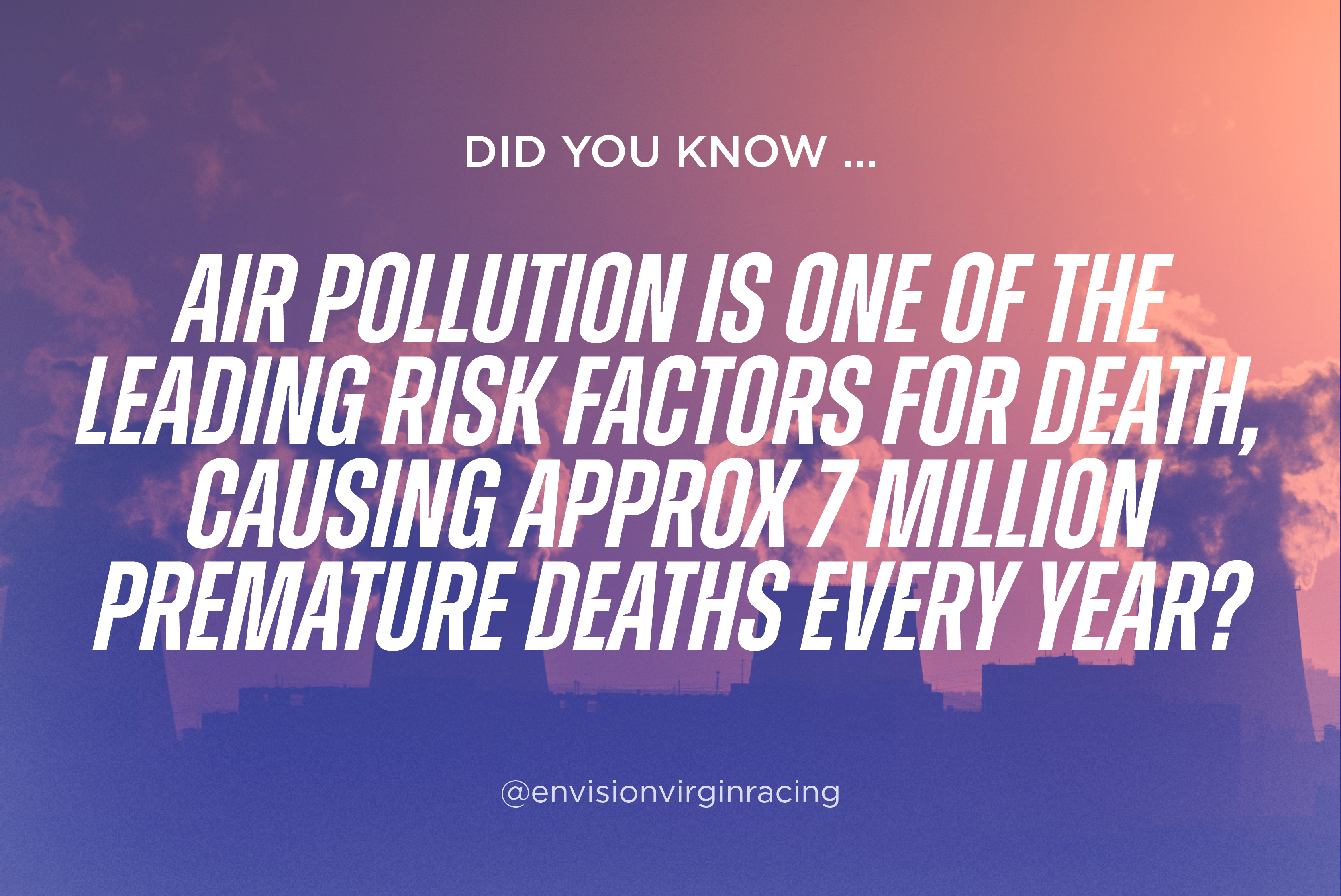 So what’s being done?

It’s no surprise that the most basic way to combat global air pollution is to move away from our reliance on fossil fuels and instead focus on clean alternatives such as solar and wind. We must also reduce our energy consumption, improve the efficiency of our buildings and accelerate the adoption of e-mboility. Just look at Shenzhen, China, where the switch from diesel-powered buses to electric is forecasted to reduce CO2 emissions by 48% and significantly reduce PM2.5.

Countries all over the world are phasing out regular combustion engines and promoting the use of electric vehicle alternatives, implementing clean-air zones within cities and improving cycle routes and public transport. However, despite clean air acts, air quality laws and global regulations, air pollution is still affecting millions of lives all over the world. So while governments hold a lot of power, it’s perhaps more exciting to see the pioneering work being done by innovators to provide effective solutions.
One such innovation is Vivacity camera-based AI sensors which are being trialled on Cambridge’s busiest roads to improve traffic flow and reduce air pollution. These Artificial Intelligence (AI) traffic signal controls are able to identify different types of road users and adjust traffic signal timings accordingly, allowing different modes of transport to be prioritised.

Not only this, but Livin’ Platform by Engie is also being praised as a technological solution for traffic congestion. Aimed at SDG 11: ‘Sustainable Cities and Communities’, it connects to traffic lights, cameras, parking meters and third-party data to coordinate traffic signalling systems, change traffic patterns and reduce congestion by 30%. It allows transportation to be faster, safer, planet-friendly and economically sustainable, saving as much as $108 million annually.

However, despite governments and corporations being highly responsible for embedding solutions that reduce air pollution, there are also some lifestyle habits we can also be mindful of in our everyday lives. This includes riding a bike or walking instead of driving, and if we’ve got to drive then opting for public transport, carpooling where possible or choosing electric vehicles. Use energy efficient light bulbs and ensure your appliances, particularly for gas and electric, are regularly maintained. Make sure to also check your local councils and national governments for alternative energy programmes, products and services.

With cities contributing a third to our global CO2 emissions, innovations like these set us up for a healthier, safer, cleaner world for all.