HOW TO BE AN ECO-ACTIVIST

Spraying fake blood at government buildings, creating ‘living’ roadblocks or even super-gluing yourself to high-profile monuments. Does this sound like you?

These are all examples of publicity stunts – or ‘demonstrations of non-violent civil disobedience’ to give them their official title – that have been carried out by climate activists in the past. And, whilst we’re not passing judgement on these, this is not the ‘eco-activist’ we – or our panellists on the team’s recent Race Against Climate Change Live event – are referring to.

The dictionary defines it as ‘a person engaged in vigorous social or political campaigns whose aim is to prevent damage to the environment,’ but what our panel discovered is that it’s not necessarily about the scale of what you do, it’s simply about the fact you’ve even started.

On August 19, 2018, few people had ever heard the name Greta Thunberg. Twenty-four hours later – after she’d spent the day sat outside the Swedish parliament with a piece of cardboard sporting the words “Skolstrejk för klimatet” (school strike for the climate) – she was an eco-activist and arguably now one of the most influential people in the world.

“I didn’t start out as a climate activist specifically…I’m just a kid who grew up around the ocean and started caring about plastic pollution.” – Aidan Gallagher 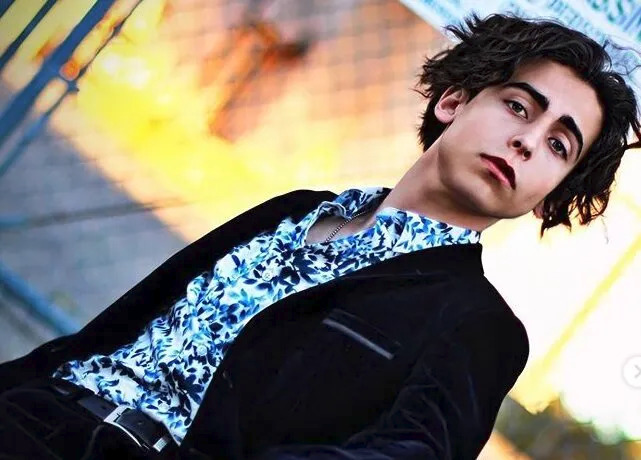 “I didn’t start out as a climate activist specifically,” recalls US actor and UN Goodwill ambassador Aidan Gallagher when asked during Envision Virgin Racing’s RACC Live event. “I’m just a kid who grew up around the ocean – as a surfer – and started caring about plastic pollution.

“The main eye opening ‘spark’ that got me thinking about our entire environmental state was the fact you can’t go surfing on a day that it rains due to pollution.

“I never learnt about this stuff at school – only that we were told to recycle – and I just started ‘Googling’ things and taking an interest.

“The environment is not necessarily in the ‘talking points’ of my social circles; it’s not something my generation thinks about. I just try to share these messages with my larger social audience.”

Joining Aidan on the same panel were Amy and Ella Meek, founders of charity Kids Against Plastic. “Being an activist is super rewarding, especially working with young people,” says 17-year-old Amy. “We as young people are so often told to ‘sit down’ and ‘be quiet’, but we have the potential to have a real positive impact if we use our voices for good.

“So many of the large issues facing our planet are so scary that it is hard to know where to start, but we as young people are the future and the changes we make now will determine the rest of our lives.”

Fellow panellist and conservationist Bella Lack, 17, believes that being an eco-activist is not just something for the next generation. “All of the activism that young people are doing now is building upon decades of activism from other generations. The environmental narrative we are creating is not just for young people, it’s a narrative for humanity and I think it’s going to be one of the most unifying narratives we will ever have to create. Inter-generation collaboration is going to be one of the most important aspects.”

“There is a large disconnect between the people who are motivated to take action and the people who are just unaware,” concludes Aidan, giving this advice for any ‘wannabe’ eco-activist. “What I always strive for in any environmental messaging is simplicity; you need to make things clear and understandable to a 10-year-old, regardless of who you are actually speaking to.”

So, whilst there may not be a template for how to become an eco-activist, there is one clear commonality; don’t get hung up in what precisely an ‘activist’ is; just be ‘active’ in tackling climate change. After all, it is not about the ‘big’ change, it is more important to make ‘a’ change.