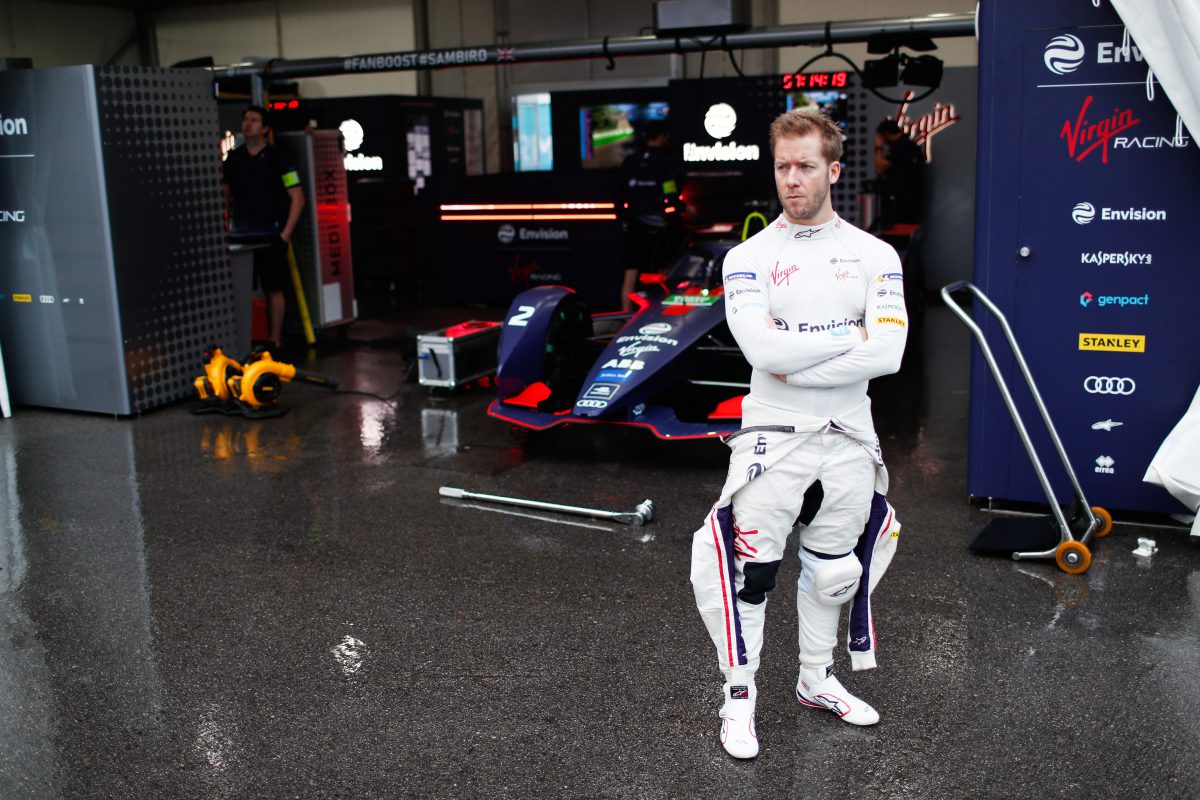 It was another highly memorable E-Prix in Hong Kong last weekend for myself and the Envision Virgin Racing team.

Obviously, there was a lot going on during that race which is fairly typical of Formula E itself, especially this season.

First of all I think that for the 50th Formula E race, there was another excellent show in Hong Kong last weekend.

Along with myself, Lucas [di Grassi], Jerome [d’Ambrosio], Nelson [Piquet Jr.] and Daniel [Abt] have been in this championship since the beginning and it’s been a pleasure to be part of something so special.

That’s why it’s the great innovator and disrupter in motorsport. Not only are we highlighting some really big topics around sustainable mobility and environmental concerns, we also consistently entertain in a major way.

As Envision Virgin Racing arrived in Hong Kong, we felt really motivated and strong despite a frustrating previous event in Mexico.

The long-range weather forecast indicated that there was likely to be wet running and so it proved.

I can’t tell you how challenging it was out there on the soaked streets of Hong Kong.

Driving on wet street circuits demands some serious concentration and with these cars getting quicker all the time it was a major challenge just knowing where any kind of grip levels was.

I lined up in seventh position having just missed out on Super Pole. To be honest it was a good result because in Group 1 we were exploring the circuit first and the conditions were less favourable than with other groups.

The race pace was very strong for us in the No. 2 Envision Virgin Audi e-tron FE05.

I believe I did my best ever start in Formula E in regards to my positioning and attacking in the first lap.

I took a bunch of guys in the first few corners and then made a committed move on Stoffel [Vandoorne] to snatch second place.

The red flag then came out for a shunt at T2 and we regrouped.

A stoppage is the last thing you want, especially when you’ve just had a great start like that but at least it wasn’t as long as the Mexico City one last month.

Soon after the restart I was able to get close to Oliver Rowland in the lead and then coming out of the first hairpin he slowed and it opened up for me.

In my mind I knew this was a great opportunity to go and win it, but at the same time I knew that those behind were going to come after me big time.

No sooner had I started planning things out then the lead had gone after I lost momentum at T2 on the brakes and Andre [Lotterer] was able to get through.

Although that was disappointing, I soon found that I was quicker than him and that was actually true for most of the race.

I also had more energy to spare but then the safety car came out which undoubtedly helped him on that topic.

I could really put big pressure on him but it’s quite easy to defend on such a tight circuit like Hong Kong and as we saw last season when I took JEV for the win, it takes something special to get by.

The late race safety car meant that we had a four-lap sprint to the checkered flag.

I got several good runs on Andre but none more so than on the penultimate lap heading up to T2.

I jinked to the right and he defended. As we all saw there was contact and it was extremely unfortunate.

My feeling was that up until that point the racing had been firm and fair. This is how I like to go racing and I don’t think any driver in this championship has ever accused me of any dirty tactics before.

We saw a little earlier when Andre ran wide a little on the exit of T2 and we went wheel-to-wheel heading in to the chicane that we have racing respect in battle.

When he closed the door, I had few options because the track off the racing line was damp, and the contact was such that he got a puncture, it was a big shame. I really wish Andre could have finished the race.

I think everyone could see after the race that it troubled me because I don’t like winning like that, it’s not the name of the game.

After the race I got the penalty which bumped me down to sixth position.

It is always hard to take these things, and while I accept the stewards decision, I think the nature of these flat-out races and the fact they are not built around strategy as much as they were, will lead to incidents such as this.

I know the stewards have tough calls to make and I respect what they do, but I suppose all of us in the championship just want consistency on decisions.

By the time I heard about the penalty I was on the way to the airport as I am competing in the Sebring FIA World Endurance Championship race [on Friday].

Racing is sometimes a good distraction after events like this, so after what happened in the final laps it’s probably for the best.

Then it will be back to Asia for the first ever Sanya E-Prix which I hear is a terrific place.

Everyone at Envision Virgin Racing will be pushing hard again and aiming to extend the slight championship lead we have at present in both the drivers’ and teams’ standings, so expect us on full form out there!