The former airport will host rounds six to 11 of the all-electric series starting on August 5th to conclude the 2019/2020 season – marking the championship’s sixth visit to the German capital and making it the only city to have featured in every Formula E season.

Following the worldwide coronavirus lockdown, the team has continued to work remotely and last week returned to its Silverstone headquarters whilst following stringent social distancing measures.

Now the team is accelerating preparations following the news that Formula E will conclude the season with an unprecedented three double-headers, including races held mid-week and using a variety of track configurations. 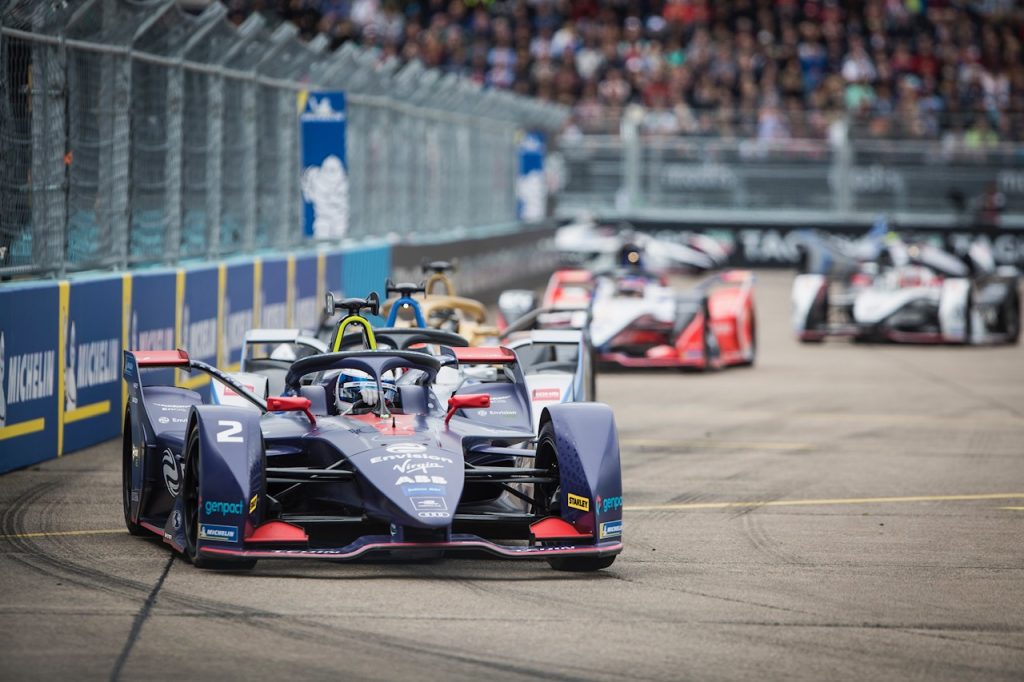 “It’s great to be returning to racing and I’m extremely impressed with the way Formula E has handled the entire hiatus period,” says Filippi. “By putting the wellbeing of the paddock first and communicating freely it means we as teams have full faith in their ability to deliver a safe, spectacular championship conclusion. Everyone at Envision Virgin Racing has, and is, working incredibly hard, but six races in nine days is going to be intense – especially with reduced on site personnel and remote working – but 100% we’re primed and ready for the challenge ahead.”

Briton Bird, one of only a handful of drivers to have competed in every single Berlin E-Prix, said: “It’s been a very challenging time for so many of us, but I’m delighted we’re going racing again. For sure, there’s a lot of unknowns going into these events, not least the intensity of so many races in such a short timeframe and I suspect Formula E have some surprises up their sleeves too with regards to the track layouts. It feels like such a long time since my win at the season opener in Diriyah, but the whole team is raring to go again, and it’s still anyone’s championship for the taking.”

Team-mate Frijns, who will celebrate his 29th birthday ahead of the third race in Berlin, commented: “It’s hard to believe that after all this time we’ll be taking to the track again. As a driver, I’ve never experienced such a long absence from the cockpit so we’ve been working hard on remaining physically and mentally focused including simulator work, competing in Formula E’s Race at Home Challenge and regular communication with the engineers. We know from past experience what a testing circuit Berlin can be, but this should just make for an even better show for those watching safely at home.”

Formula E will return on August 5 at Berlin Tempelhof, with the former airport hosting rounds six to 11 of the all-electric series to conclude the 2019/2020 @FIAFormulaE season

Who's ready to race? 🏎🏁 pic.twitter.com/DQvvHQVzU6

Envision Group’s Franz Jung and Chairman of the Board of Envision Virgin Racing added: “We’ve all been experiencing unprecedented times of late so it’s fantastic that Formula E, the FIA and the local authorities have been able to safely stage these events, especially as sport plays such an important role in people’s lives. During the hiatus, the entire team has remained just as focused and motivated to ensure value for our partners and entertainment for our fans, and we’re looking forward to ending the season on a high.”