After a winter hiatus, the all-electric Formula E series returns this weekend for round three and the Santiago E-Prix. The opening rounds in Diriyah saw a double header with our very own Sam Bird and Alexander Sims sharing the spoils. Sam’s team-mate Robin Frijns picked up valuable points too that weekend (as he has a habit of doing) meaning the duo lie third and ninth in the overall drivers’ standings. Of course, there’s a very long to go this season (indeed, still 360 points to play for!) so it’s way too early to be talking about standings. That said, before we delve into the five things you need to look out for in Santiago, let’s recap on what we learnt last time out. 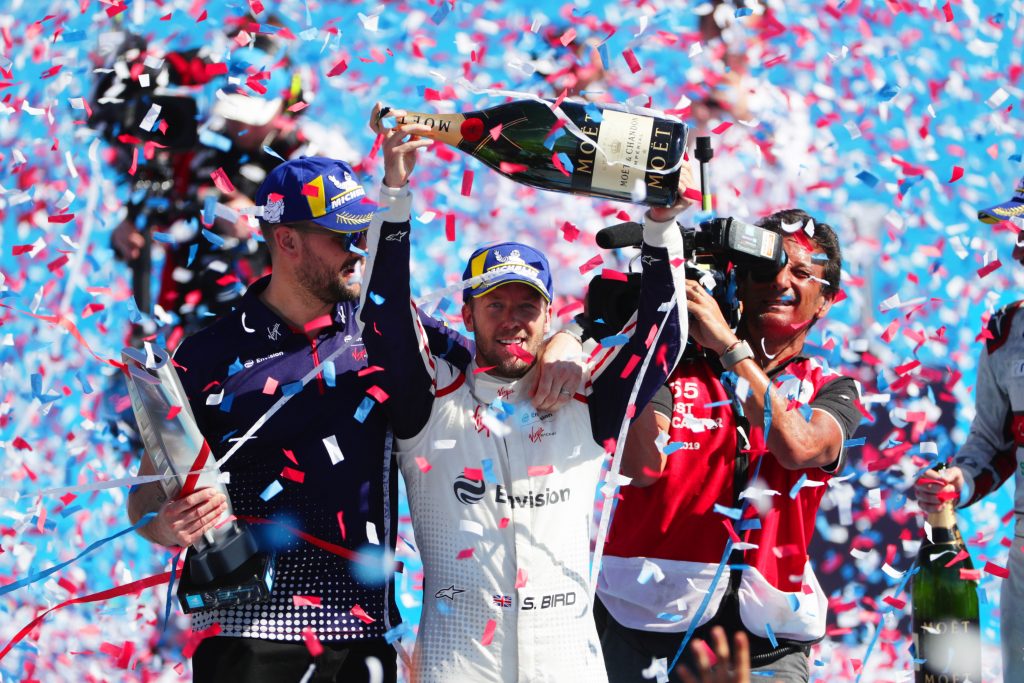 For starters, it’s still too early to single out the front runners. Yes, the likes of Bird, Sims and Andre Lotterer all showed strong pace, but it was hard to really see who has a clear advantage and the best car package. It was especially tricky to see whether reigning champion Jean-Eric Vergne will remain the one to watch, although his comeback drive in race two to secure eighth spot was noteworthy and one that went largely unnoticed by the TV cameras.

So, onto this Saturday (18 January) when the 24 Formula E drivers will descend on the Chilean capital for 45 minutes – plus one lap – of wheel-to-wheel action. Here’s what you need to watch out for… 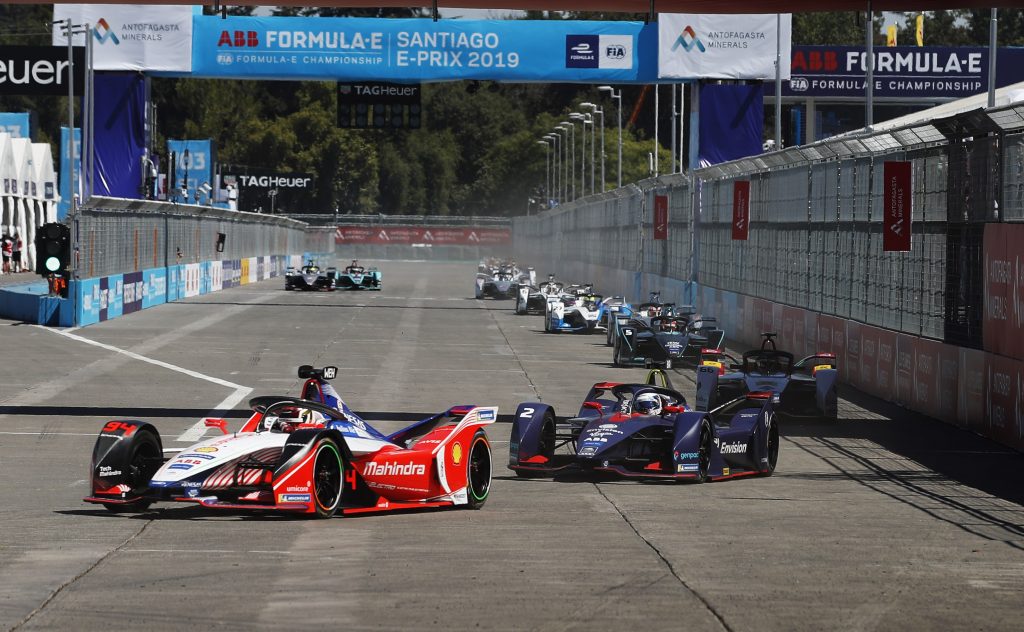 THE MERCURY RISING
Santiago gets hot this time of year. Very hot. Last time out, the mercury pushed into the high 30s with track temperatures surpassing well passed that making hard work for both car and driver. On the drive side, fitness will play a key role as they battle high temps in two layers of fire proof clothing, whilst on the car side, the sun-soaked weather can affect the RESS temps, together with the battery temps (imagine what your iPhone does on a very hot day!).

THE RUBBER
Added to the heat is the actual track surface itself. We saw last year how the new tarmac laid down broke up easily creating low grip but there’s also sections of the circuit – sectors one and three to be precise – that use abrasive concrete blocks (like in Berlin) meaning it takes time to rubber in.

THE FANS
South American motorsport fans are some of the best in the world, showcasing their passion wherever they go. For those at the event, be sure to check out the E-Village as it’s one of the most vibrant and lively, or for those watching at home, keep an eye out for those packed grandstands…even in such high temperatures. 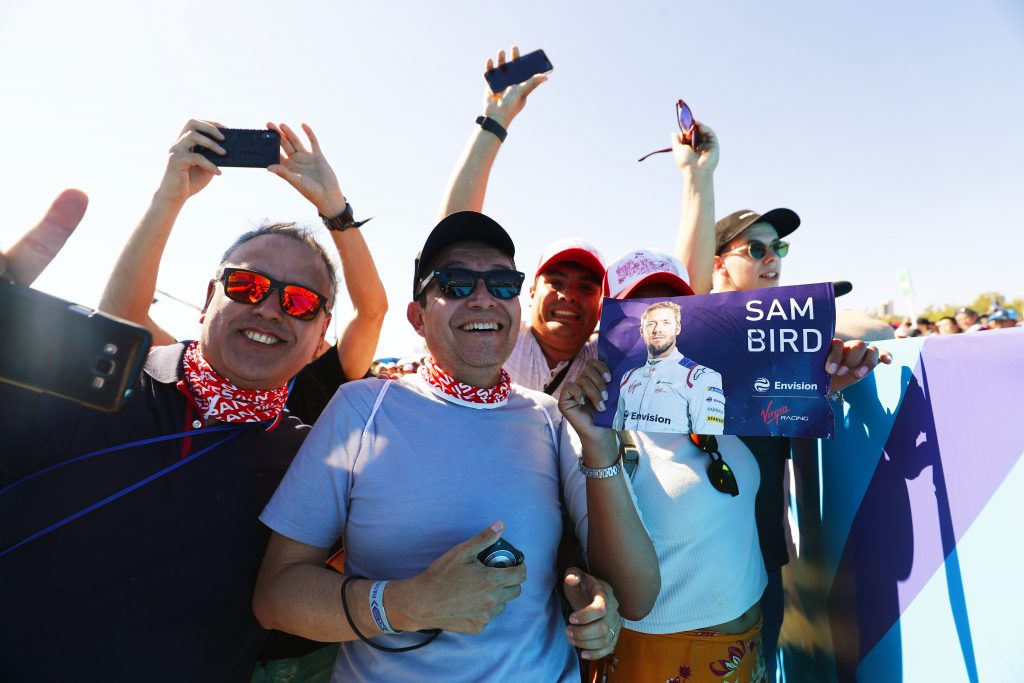 THE CIRCUIT
It might be quite a simple circuit but it’s a technical layout. For this year there’s been some modifications to aid overtaking throughout the 11-turn, 2.287km anti-clockwise track. The opening sequence of corners now starts with a near-90-degree left-hander, but perhaps the most notable change is to the long arching left hander that makes up the bottom section of the circuit where there is no longer a tight chicane for the drivers to navigate. Meanwhile, braking into Turn 9 is going to be interesting with a combined turning and braking with a blind apex making it very difficult to optimise. Then add to that the Attack Zone, which is located outside of T3, as last year, but further off-line leading to a potential two second loss.

BEING AVERAGE
Sorry, what? Ok, so this applies to all race weekends and not just Santiago, but it’s a pint we felt needed to be made. Formula E is not about scoring big, it’s about scoring consistently. By our calculations, a driver needs to average 13 points a race weekend to become champion. Keeping the scoreboard ticking over is by far more important that the odd good race result so that’s what will be playing on the minds of every team this weekend.

AND FINALLY…
Ok so we appreciate this is point number six but we had to mention it. Sam Bird likes this track! Last year he went from fourth to first to secure his only win of the 2018/2019 season and the newly turned 33-year-old will be hoping to repeat the feat in Santiago. Only time will tell. 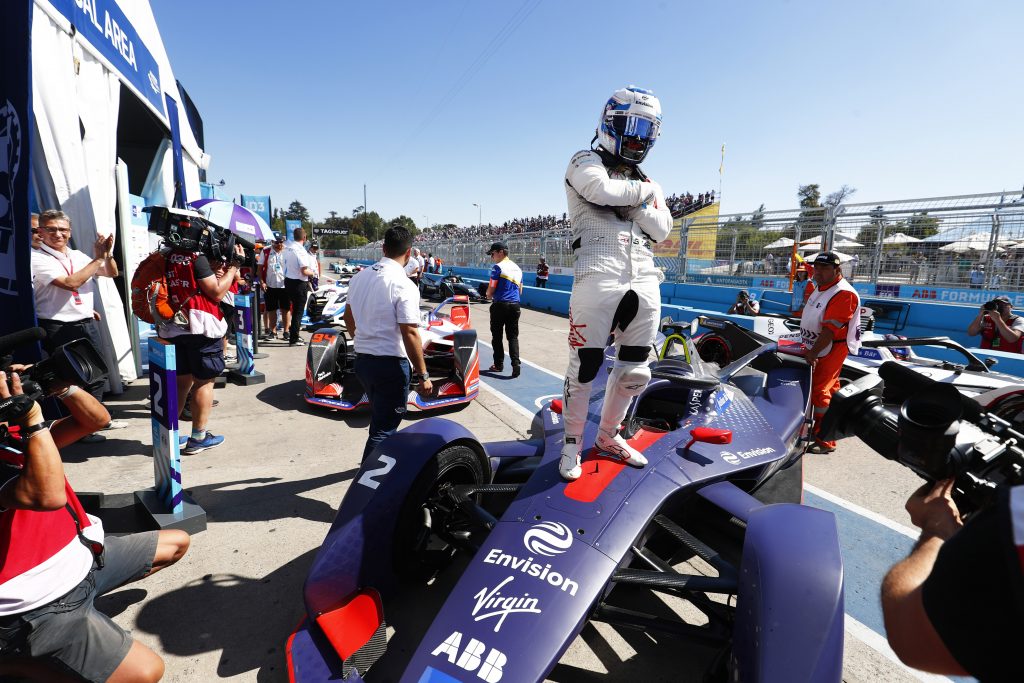 The Santiago EPrix takes place this Saturday (18 January) from 4pm local time (7pm UK time). Live action can be found on the BBC Red Button as well as live on Eurosport.