Formula E digitally revealed the newly named Gen2 EVO, using a reimagined design that will make its debut in the 2020/21 season, when the electric racing series competes as a world championship for the first time.

The new design sees a range of structural design changes featuring a new front wing, dorsal fin, distinctive curved rear wing and updated championship livery. The modifications to the bodywork have been made midway through the current four-year cycle of the ‘Gen2’ era, to provide a fresh new look for Formula E. 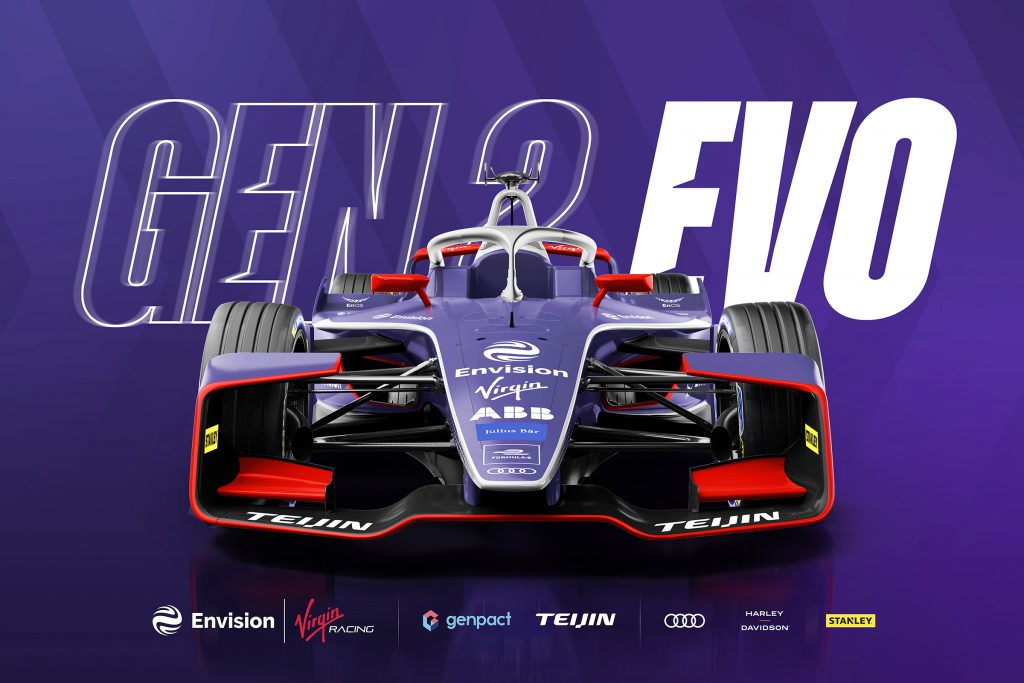 Featuring a concept livery – based on its season six design – this is the first chance to catch a glimpse of the Envision Virgin Racing Gen2 EVO car in the team’s iconic purple, red and silver colour scheme.

“The big picture is a half-cycle refresh, but not just for the sake of it,” says the team’s Managing Director Sylvain Filippi. “It gives the car some new, fresh momentum to reflect the technical advancements. 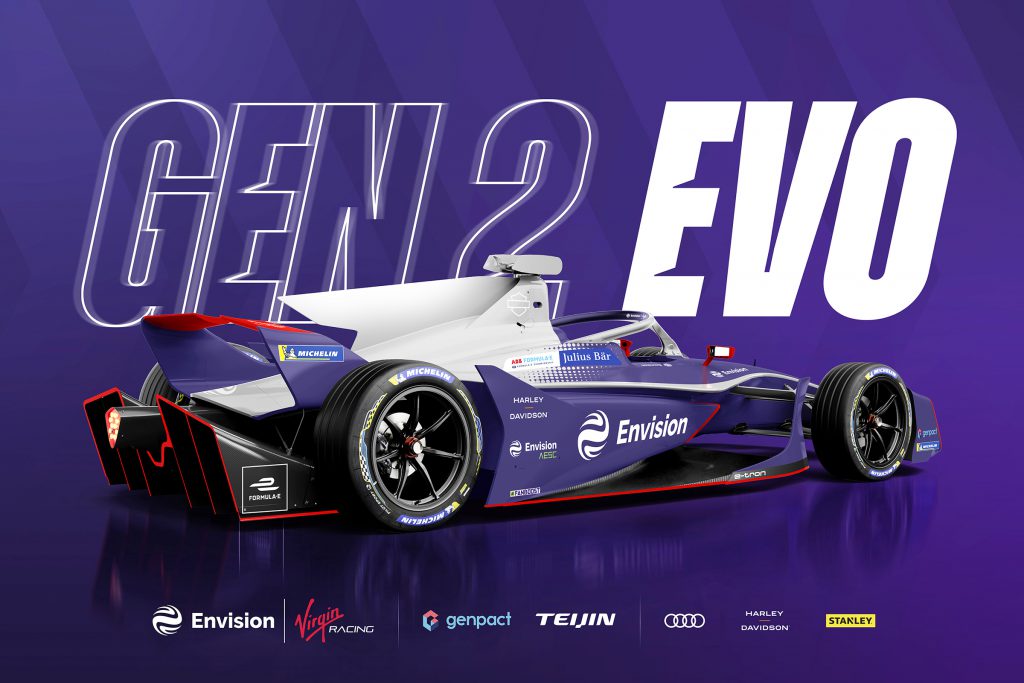 “If you take a step back, the regulations and rules in Formula E are great because we [teams] don’t spend money and we don’t focus energy and resource on chassis dynamics, which means bodywork. They are not relevant to the road car industry. We want to focus our energy, our time and resource on the powertrain.”

Filippi adds: “What you are trying to achieve is this fine line. Formula E is two things: it’s a technical showcase, but also it has to have spectacular racing. A lot of motorsport series are the other way where there’s no contact at all and it’s very boring. There’s no overtaking and it’s just not fun. 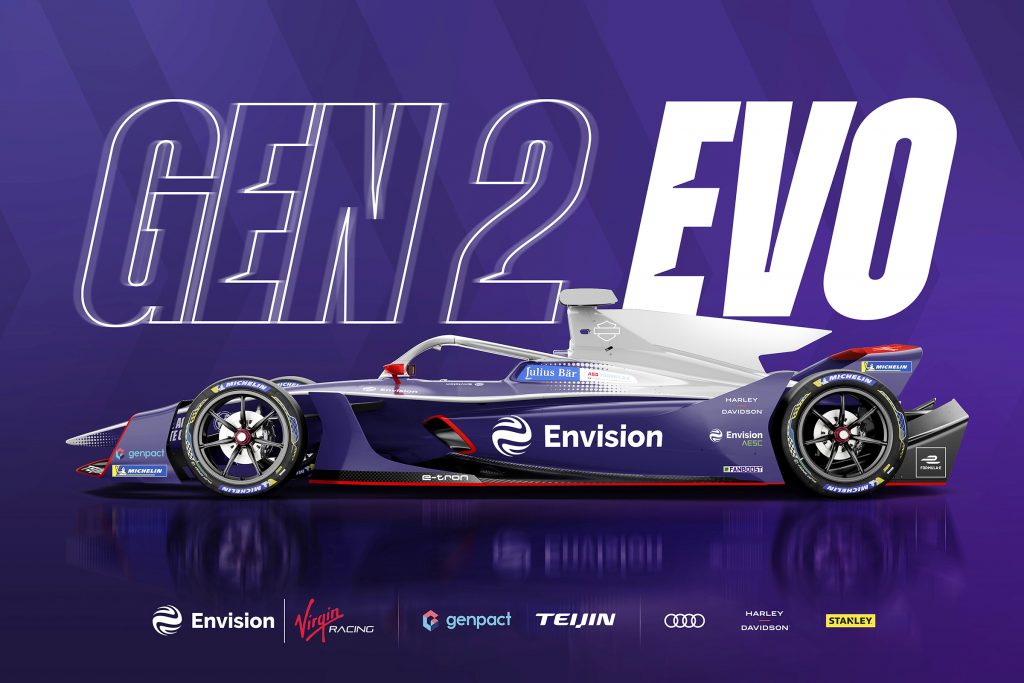 “We are hoping that this new bodywork maybe makes the drivers a little bit more careful on contact. But we don’t want to take the hard racing away at all. Of course not. It’s part of our DNA and part of street racing in general. We definitely don’t want to become a contactless sport. That doesn’t seem to be realistic anyway.”

The covers will come off the Gen2 EVO for the first time on the FIA stand at the Geneva International Motor Show on March 3.