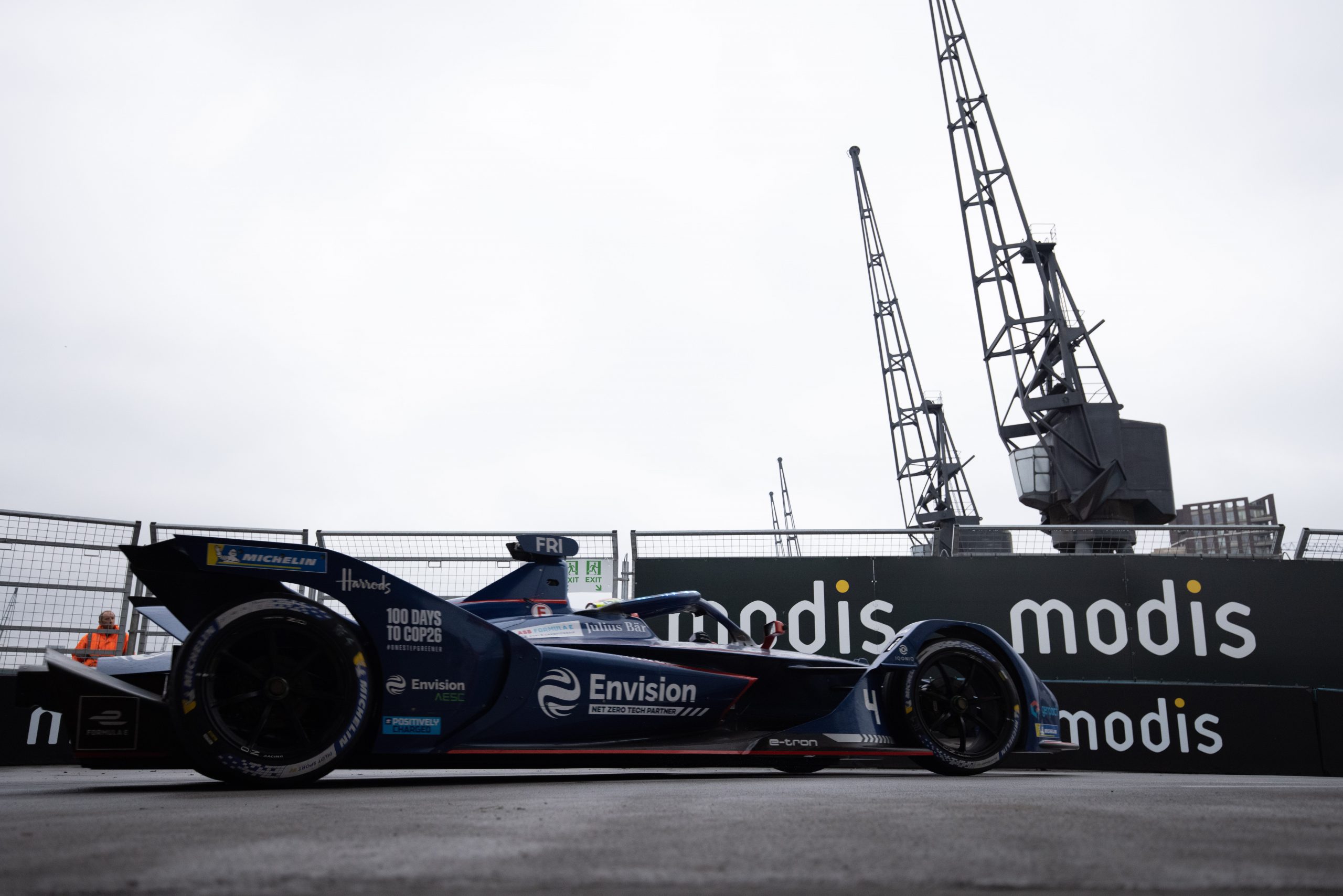 On the back foot following qualifying, Envision Virgin Racing survived a tough afternoon in London’s docklands with everything still to play for in both championships

Formula E returned to London with Envision Virgin Racing leading the teams’ standings and well in contention for the Drivers’ Championship and, after a historic Round 12 of the ABB FIA Formula E World Championship, it is still all to play for despite a tough afternoon for the team.

For the first time a top level, FIA sanctioned motorsport event took place indoors and outdoors, with the starting grid and pit lane located inside London’s ExCeL exhibition centre, forcing drivers to contend with a variety of track surface changes and varying grip conditions, all compounded by a wet-to-dry-track surface. 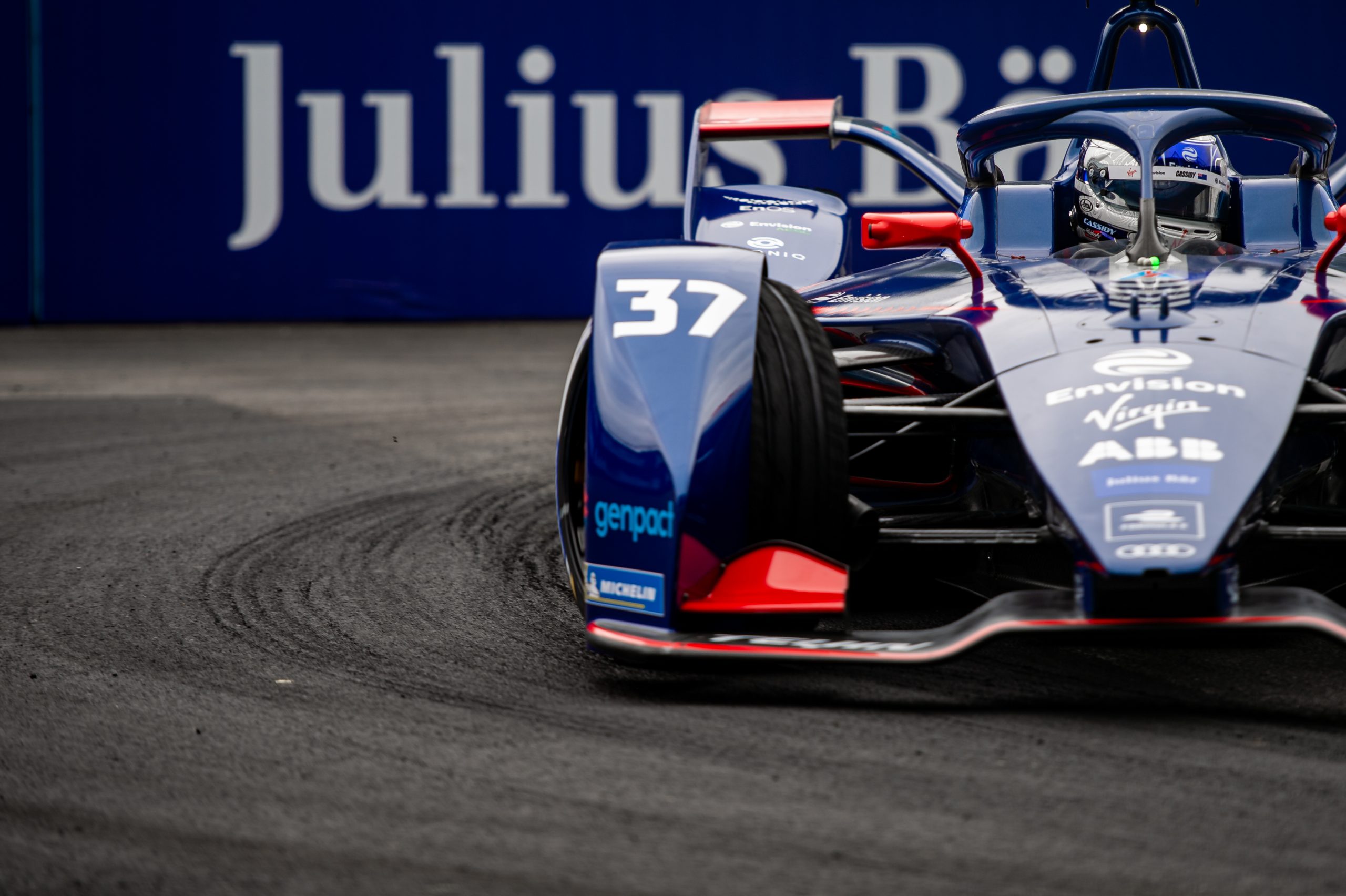 Both Envision Virgin Racing cars went out on a considerably wet track in Q1, ending the opening phase of qualifying with Nick Cassidy fourth and team-mate Robin Frijns just behind in fifth.

By the end of qualifying, as the majority of divers benefited from a drying track surface, Cassidy ended up 20th and Frijns 22nd, the latter once again forced to fight from the back of the field, and at the start of the race both Envision Virgin Racing drivers made a good fist of moving forward and staying out of trouble as multiple championship front-runners came to grief. 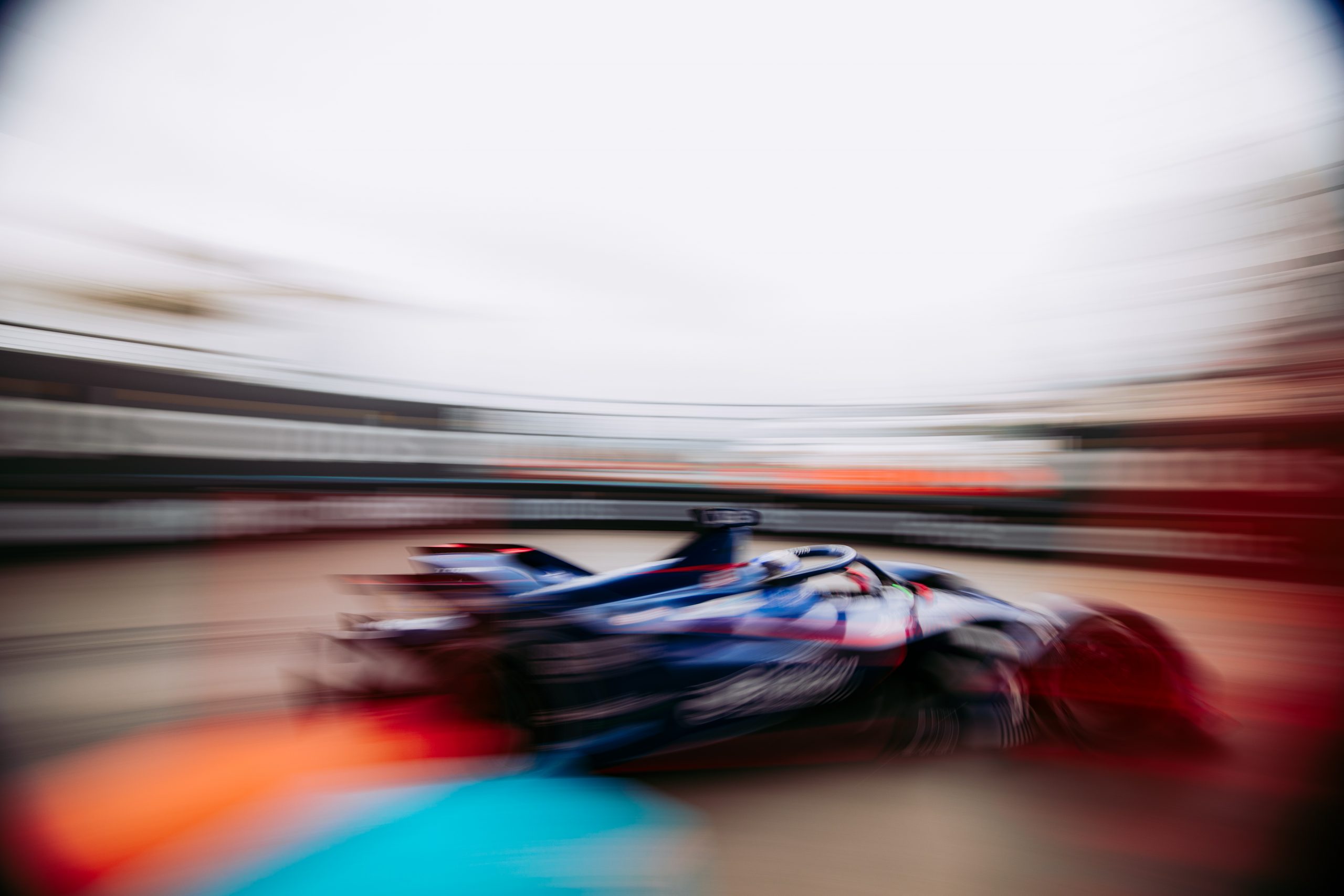 At the 30 minute mark, both Cassidy and Frijns were line astern in 15th and 16th respectively, looking for a way to crack into the top 10 and the points scoring positions.

With 22 minutes left Cassidy made contact with the Porsche of Pascal Wehrlein at the Attack Mode hairpin as he looked to claim 14th with team-mate Frijns following closely. Joel Eriksson soon became Cassidy’s next target, the Kiwi driver pushing hard and hustling the Swedish driver, refusing to give up on gaining another position despite a distant prospect of points.

Despite some hard racing, after 45 minutes-plus-one lap of  action 14th was the best Cassidy could manage despite a valiant effort as team-mate Frijns ended up 16th. BMW i Andretti Motorsport’s Jake Dennis claimed his second career victory from Mercedes’ Nyck de Vries with Mahindra’s Alex Lynn rounding out the podium places.

Heading into Sunday’s Round 13, Frijns starts the day fifth in the Driver’s standings, just 15 points behind leader Bird. In the Team’s Championship Envision Virgin Racing start the second race in London just two points behind DS TECHEETAH as the battle for the top spot intensifies.