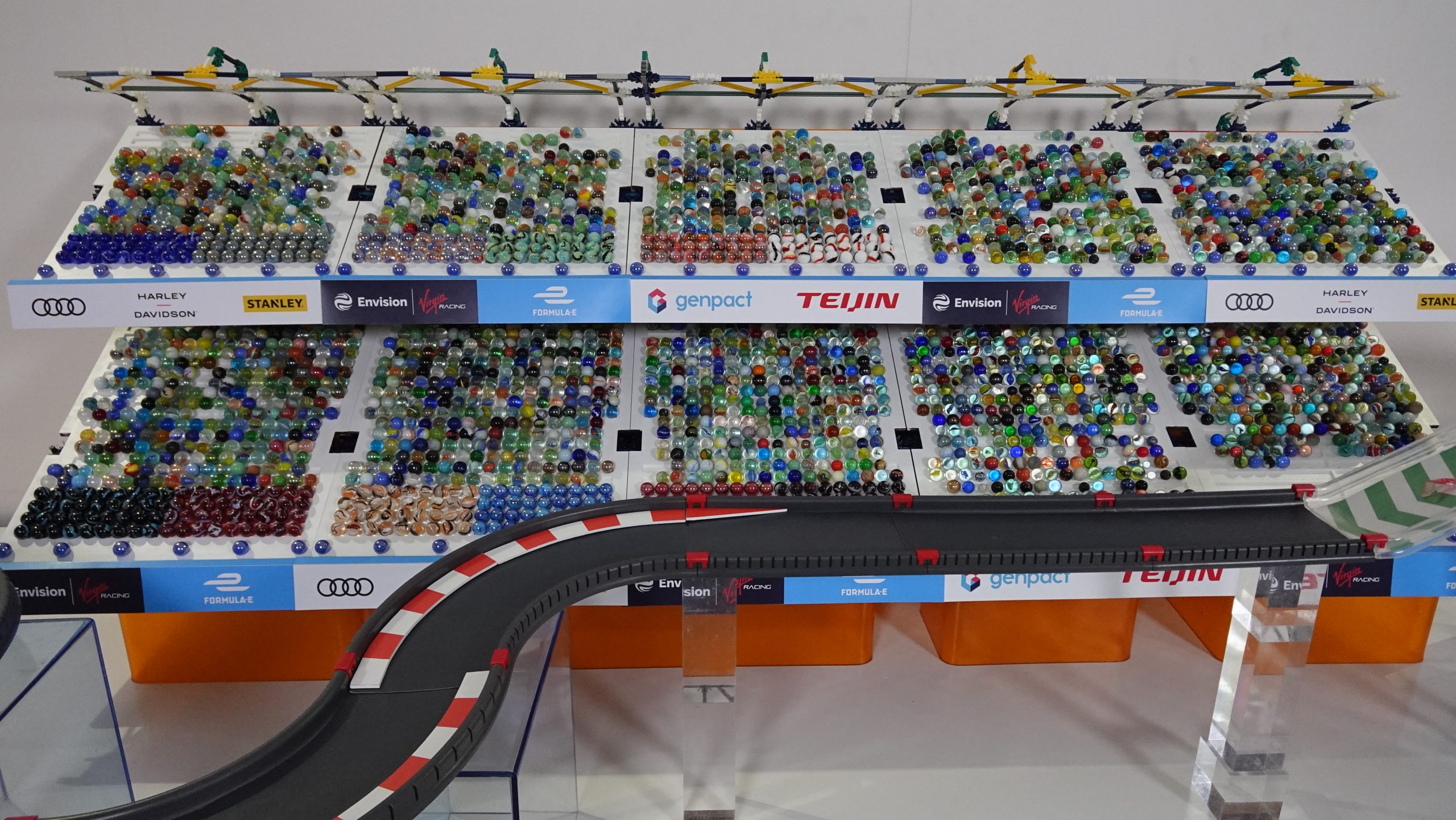 These past months have called out for light-hearted content and Envision Virgin Racing, a fan-first motorsport brand at the intersection of sport, entertainment and sustainability, are not ones to shy away from a challenge.

With a lack of on-track action  resulting in reduced media and  broadcast visibility for commercial partners, the team had a responsibility to replace the value lost through a campaign that provided high brand visibility and awareness.

Partnering with Jelle’s Marble Runs to bring marble racing to a new audience of Formula E fans, the campaign has outperformed all initial targets from the team – currently amassing over an incredible 10 million views and seeing an almost 50% growth in social channels.

Head of Marketing, Dan Matson, said: “Marbula E has been great for the team because it’s engaged our audience at a time when ‘real’ world sport was limited.

We have used this period to develop new content strands that extend beyond race day to entertain fans and drive value for partners.

“We’re proud to be able to show what a little bit of imagination, creativity and an effective execution plan can achieve.”

The series continues, with the Berlin M-Prix premiering live on the team’s Facebook channels on August 4 ahead of the Berlin season finale on-track action. The results speak for themselves and the team won’t have long to wait to hear if they’ve been successful, with the winners of the Marketing Week Awards being announced in September.

As two-time Formula E Social Activation Award winners, the team are hopeful that the Marbula-E campaign can add another trophy to the cabinet!