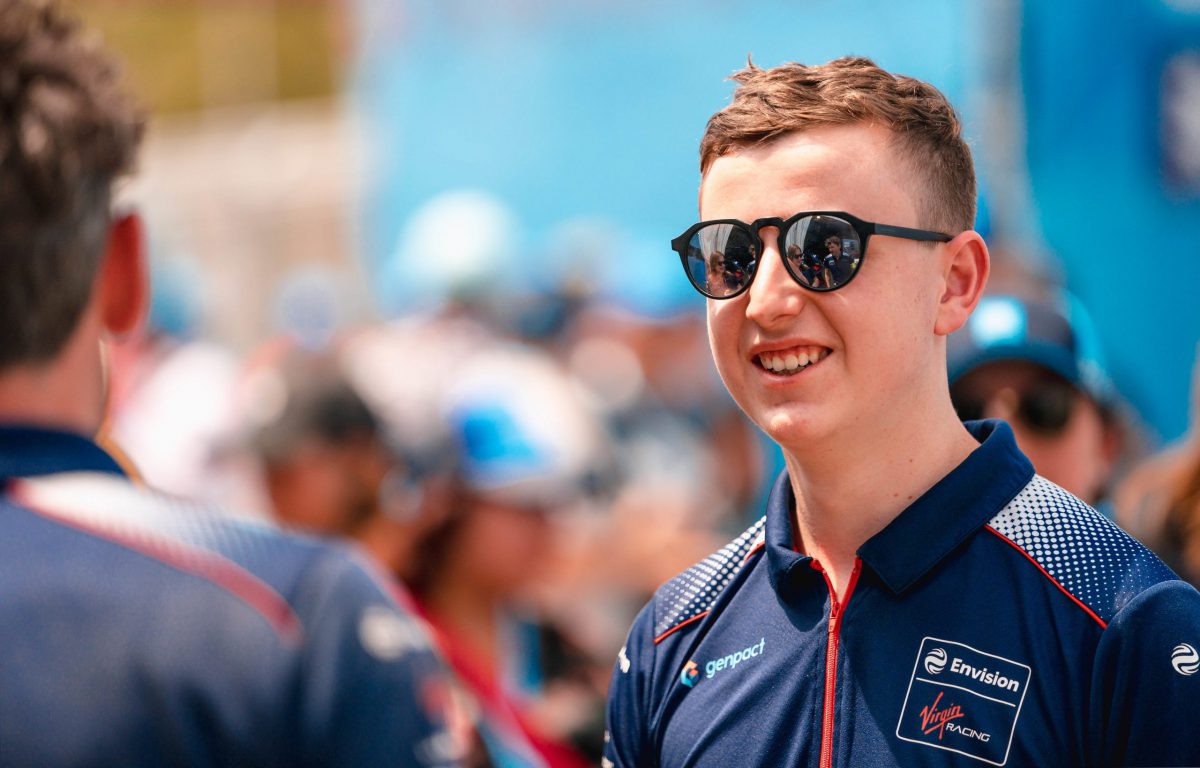 MEET THE YOUNGEST PERSON IN THE FORMULA E PADDOCK

As Formula E heads into a new era and becomes a World Championship for the forthcoming season, the sport has become more competitive than ever. We caught up with the youngest member of the Formula E paddock – Envision Virgin Racing’s number two mechanic, John Robinson – to understand what it’s like working in one of the highest levels of motorsport.

How did you get involved in motorsport?
I’ve grown up around motorsport, my dad was working in Formula One when I was younger so I got to go to a lot of races with him and then he became the Paddock and Logistics Manager in Formula E so that opened up a whole new world of motorsport to me.

I really enjoyed school, and had good grades, so when I left, I attended Silverstone College to study a motorsport mechanics course which set me up well to begin my apprenticeship in motorsport. An apprenticeship is a great way to get into any mechanics job but particularly motorsport – it’s such a hands-on job that you really do learn best when you’re doing it. I’ve worked for some great teams during my apprenticeship and had some work experience at Envision Virgin Racing – where I attended the first ever test in Donnington – it was a great experience!

Why did you decide to work in Formula E?
Obviously, I had connections through my dad but having spent time with the team and getting to know Leon Price [Team and Sporting Director] better I felt this was the best place for me. Working in this championship is a great opportunity for me to expand my knowledge and ultimately learn more about electric vehicles – a skill I think will be integral to my future in my motorsport. 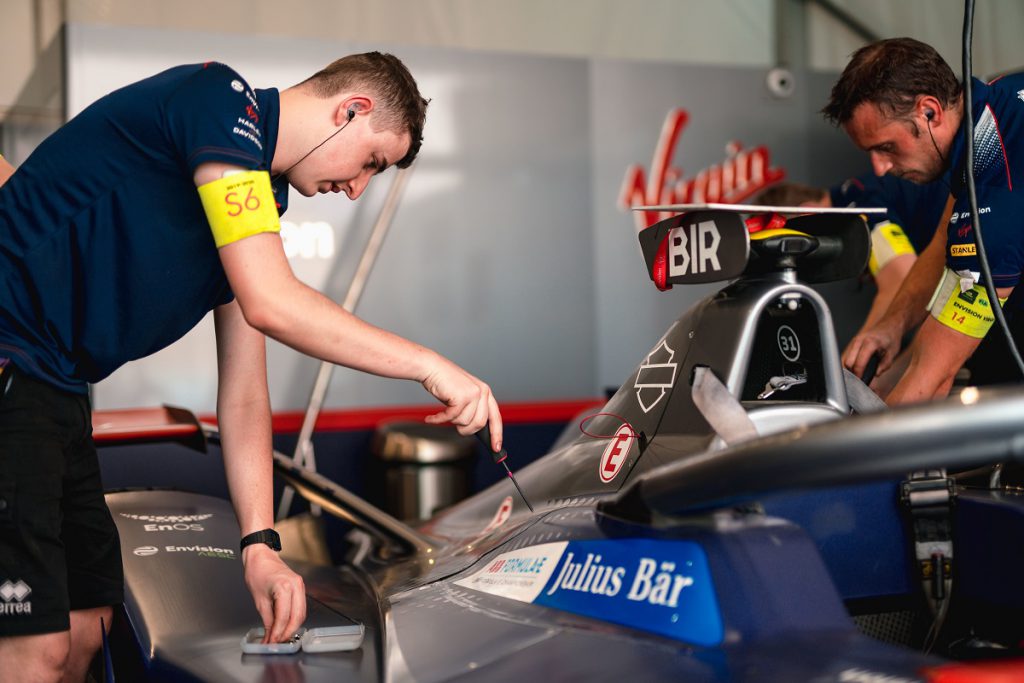 What are the differences you’ve seen between traditional motorsport and FE?
My course at Silverstone, and my apprenticeship, were all based around normal combustion engine vehicles, but I believe the skills are hugely transferable. Minus the battery in our FE cars all the skills and knowledge are the same, at the end of the day it’s all nuts and bolts. The car has the same front end as a Formula 3 car, which I worked on previously, so I had a good base before starting with the team full time.

How does it feel working in Formula E at such a young age?
When I started with the team I was 18, just turning 19, and as far as I’m aware I’m the youngest person in my job role, if not in the entire paddock. It was incredibly daunting, every other mechanic in the paddock has years and years of experience at the highest levels of motorsport, so I always had this feeling that I was being watched more vigilantly than others – like I had something to prove. I’ve used this to my advantage though, I’ve set about trying to learn as much as possible from the people around me – there’s a huge amount of experience in Envision Virgin Racing, especially with the battery technology, and I’m proud of how far I’ve come since starting with the team.

Why did you choose to work for Envision Virgin Racing?
It’s the best team on the grid, I can’t imagine working anywhere else. We really proved ourselves in season five – coming third in the championship, as an independent team, was massively impressive and not something I can see many other teams being able to achieve. The wealth of knowledge and experience at Envision Virgin Racing is beyond anything I’ve ever known before – we’re fighting against the global OEMs and it’s ridiculous, the people here are just incredible. We will win the championship, it’s just a case of when.

The ethos of the team is great, everyone is willing to roll up their sleeves and work when they need to and, however cliché, we really are like a family unit. By not having the big pressures of a manufacturer, with sales targets, and having a core purpose of Race Against Climate Change, I believe we really are one of the most authentic teams in motorsport. 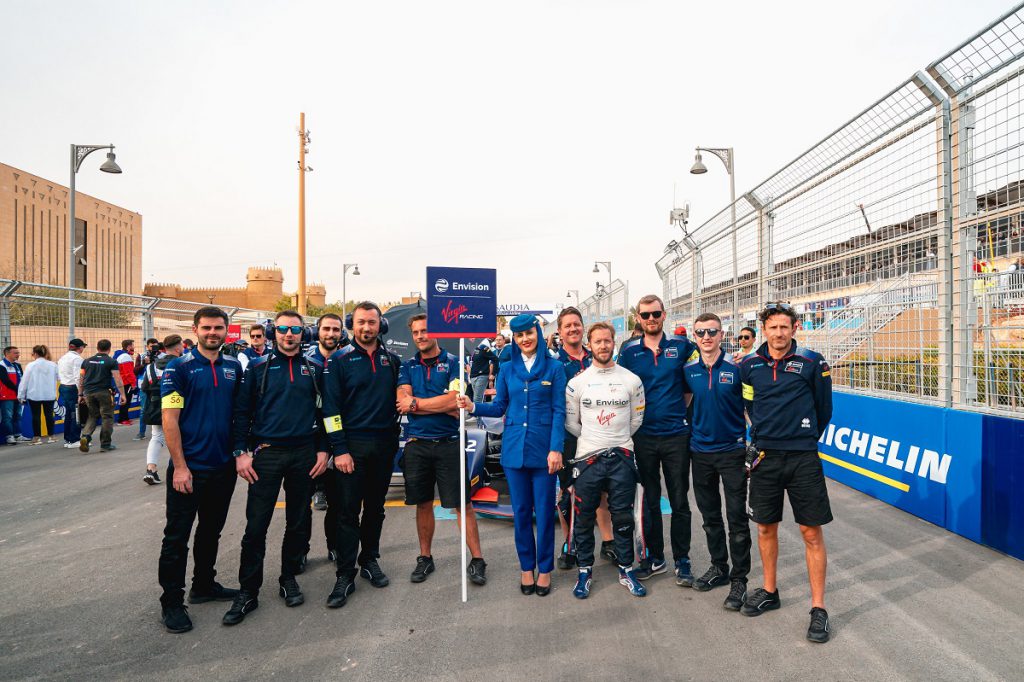 Have you ever felt out of your depth in the role?
Absolutely! Mexico City in season five was one of the most challenging weekends of my life and I was only two races in. Due to team circumstances I was placed as a number one mechanic on Sam’s [Bird] car and was full time on it for the entire weekend, that was hugely daunting. There weren’t any tasks that I wasn’t doing before but it was the responsibility – at such a young age – that came with the role that was nerve racking.

Now you’ve been in your job for a year and a half, how do you feel about Formula E?
From the very beginning I’ve known how advanced the technology is in the championship compared to anything else but now that I’ve actually worked in the team I’ve realised how correct that is. Compared to some of the other roles I’ve had it’s hugely challenging, but that’s great for me – I’m keen to pick up as many new skills as I can. It’s also not the same car every year, I’ve worked on both the Gen1 and Gen2 cars and the technology has evolved massively meaning that the entire team must evolve with it. It’s a lot harder than I thought it would be but it’s really good.

What are the highs of the job?
For me, I think it’s knowing that I’ve done everything possible to get a car in a position to be starting at the front of the grid. Everything in motorsport comes down to fine margins and when we build the cars we’re incredibly precise – we do everything we can to get them at their peak working order for the drivers. When you see drivers doing laps that have hundredths of a second between them and you know you’ve done the best job to get everything out of the car it’s a great feeling and you feel like you’ve actually made a difference– it really is a team sport. We win and we lose together. 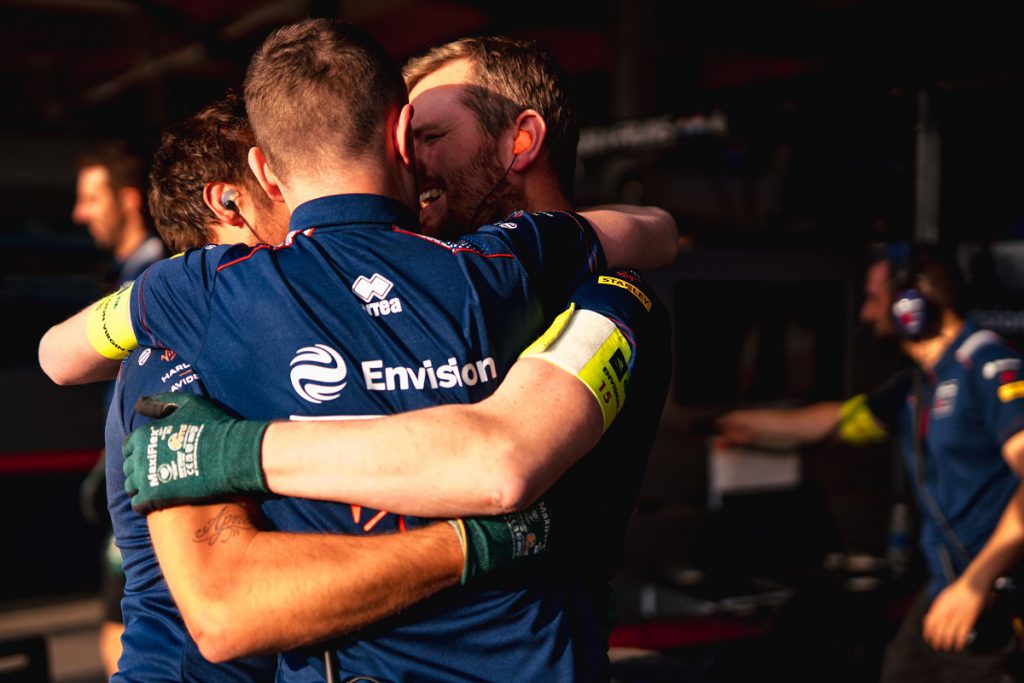 And what are the lows?
When a driver gets taken out of a race, it’s soul destroying. So much time and effort from every single member of the team has gone into get that car onto the starting grid and when they’re taking out – through no fault of their own – it’s the worst feeling. We don’t just spend race weekends working on the cars, there’s so much preparation that goes into a race beforehand and afterwards and it feels like all that work has just been thrown away. We’ve had a few races this season like that and it’s a tough pill to swallow but you have to pick yourself up and think of the next race, think about scoring points again because Formula E is open to anyone.

What does the future hold for you in motorsport?
For me, the next step is to become a full-time number one mechanic in Formula E. It’s the logical step for me and I feel like I’ve been so well supported by everyone around me that I’ll be hugely prepared for the role when that time comes.

What would you say to any young mechanics looking to start in motorsport?
You’ve got to have the right mindset I think, you’ve just got to get your head down and work hard. At the end of the day, that’s what people notice in motorsport – it’s a hard-working environment and you’ve got to show that you’re putting in the effort. Working in motorsport takes up a large part of your life so you’ve really got to know where you want to go and how you’re going to get there. 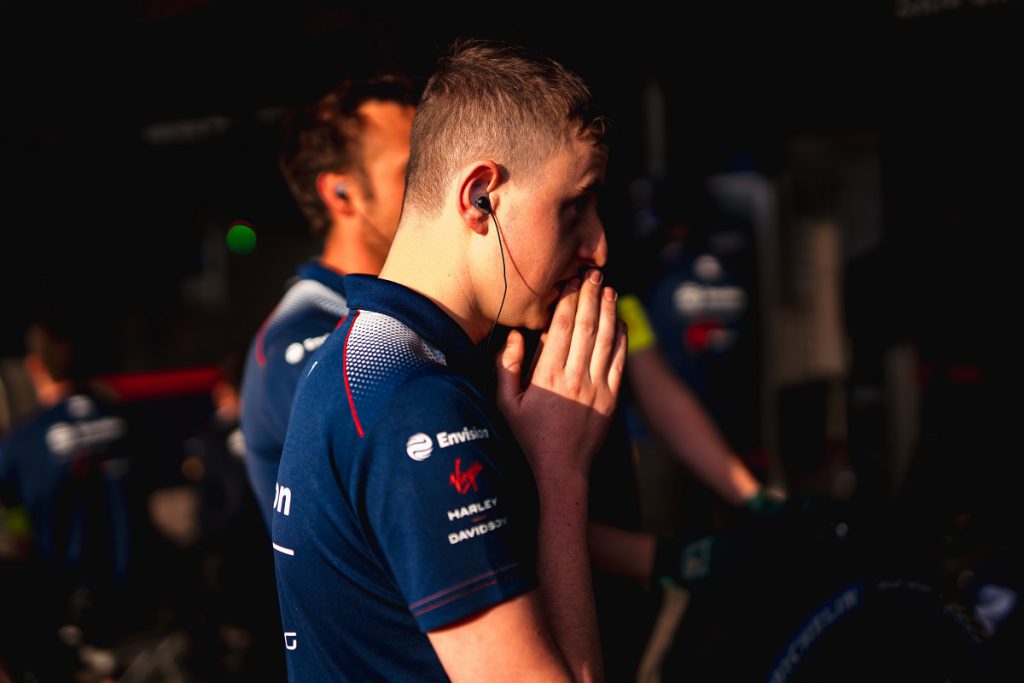