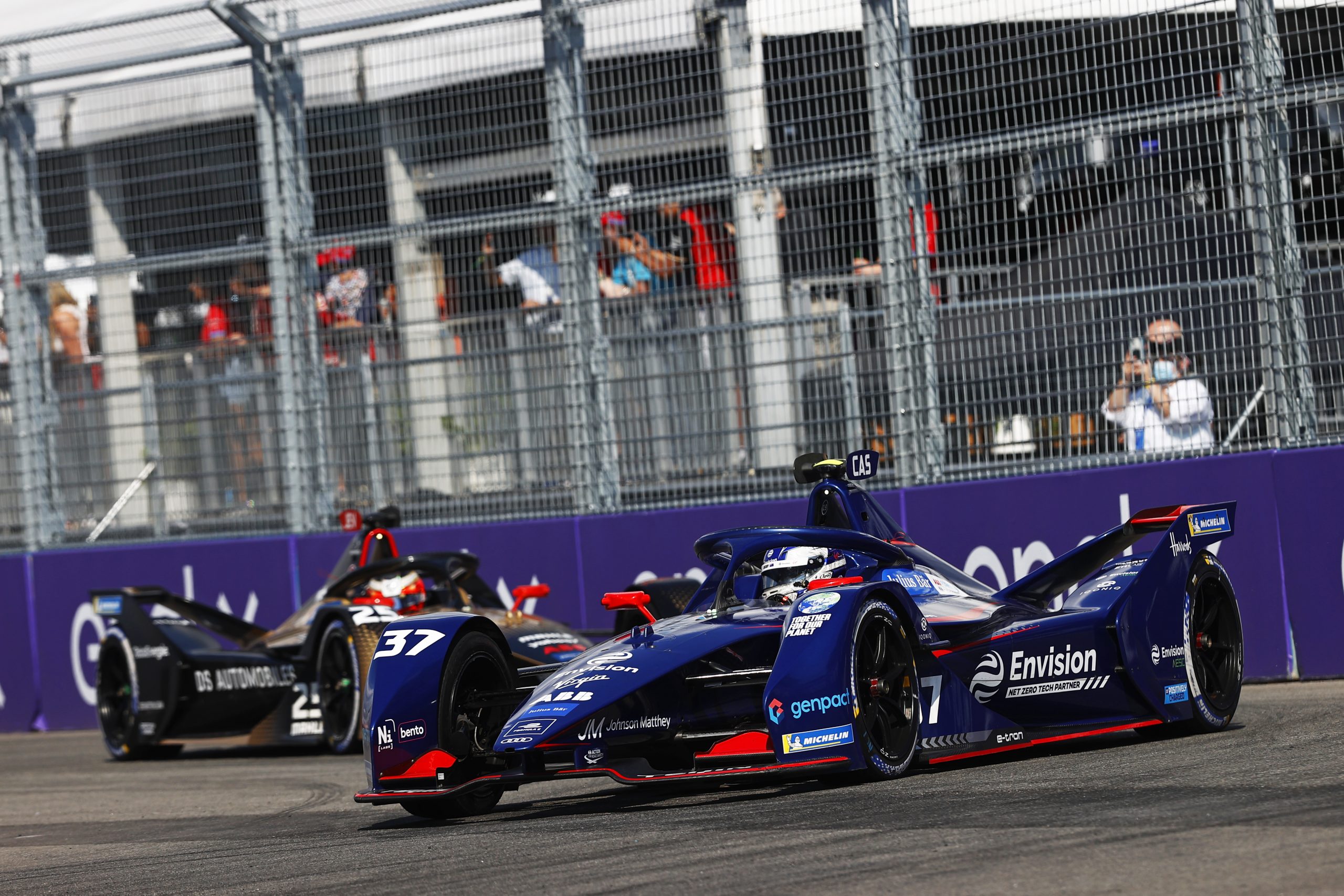 Envision Virgin Racing’s Nick Cassidy drove superbly from pole to lead deep into Round 10 as team-mate Robin Frijns went from 11th to 5th achieving joint lead in the championship standings.

As Formula E returned to North America there was plenty to shout about for Envison Virgin Racing. Nick Cassidy led the race for most of its duration from pole position, ending up fourth at the flag, as team-mate Robin Frijns drove a mature race to take fifth and underline his championship intent.

Even before the weekend’s racing got under way in New York City, Envision Virgin Racing found themselves sitting pretty with rookie Nick Cassidy starting from pole and team-mate Robin Frijns from a solid 11th.

“It’s been a good day, everything went pretty solid,” said Frijns after the race. “We had a good qualifying, topping our group which is the best you can do. At the end of the day, it has been a good day for the team and Nick has been strong, he has been unlucky a few times so it is good that he has scored some solid points as well.”

Running in qualifying group one Frijns made hay under the cloudy skies of Brooklyn, setting the fastest time in his group on the dirty and dusty circuit to then hold on to secure a respectable 11th starting position.

Cassidy made the headline in qualifying, notching up the third fastest time in his group three session and advancing to super pole. He didn’t fail to deliver and turned in a great lap to take pole position by two tenths of a second, with former champions Sébastien Buemi and Jean Eric Vergne unable to beat the Kiwi’s time. 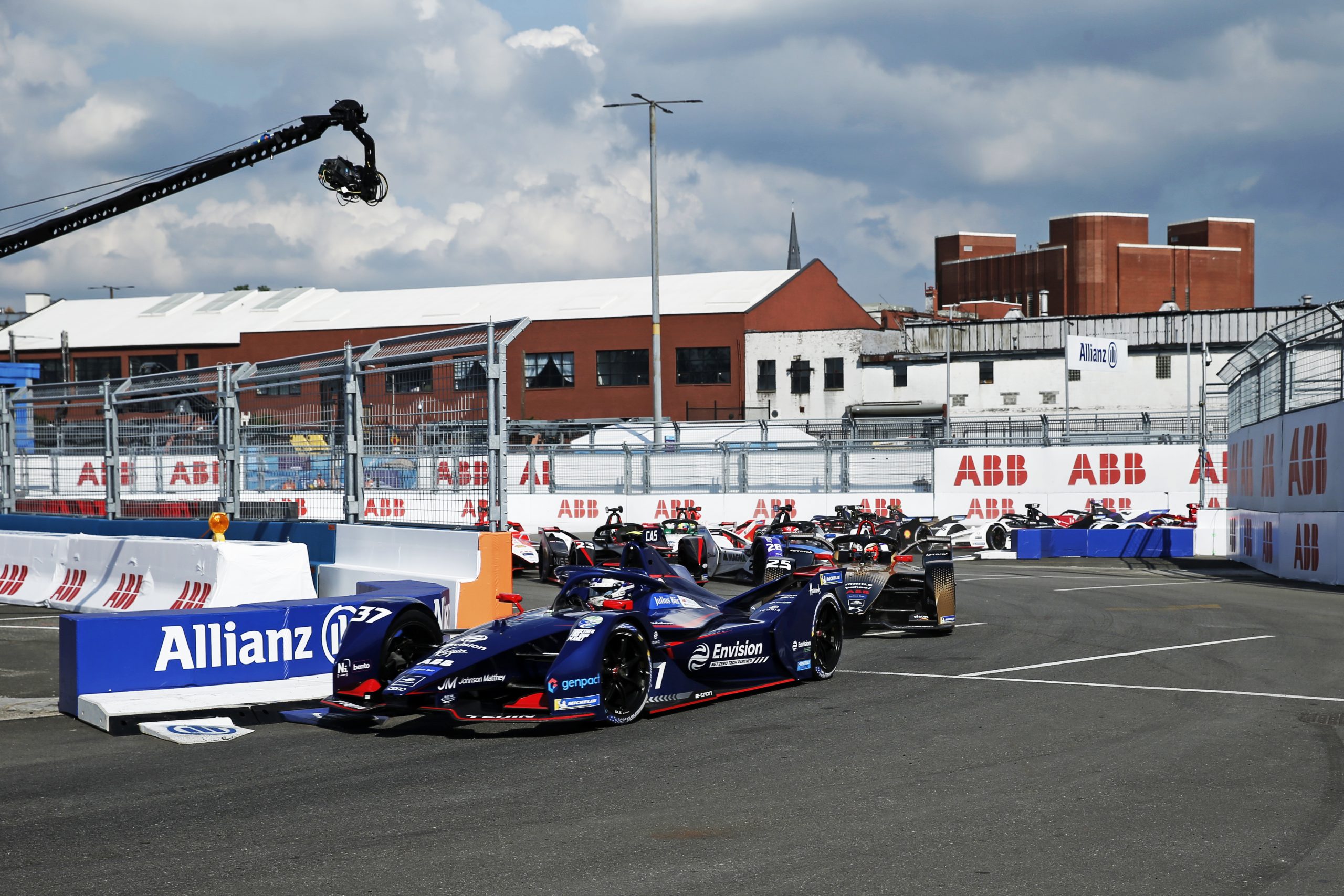 In just his 10th Formula E start Cassidy made a textbook getaway from his second pole position in the all-electric series, chased by second placed qualifier Jean Eric Vergne. Further back, team-mate Frijns held onto 11th place as the midfield somehow avoided any significant contact in the opening laps. 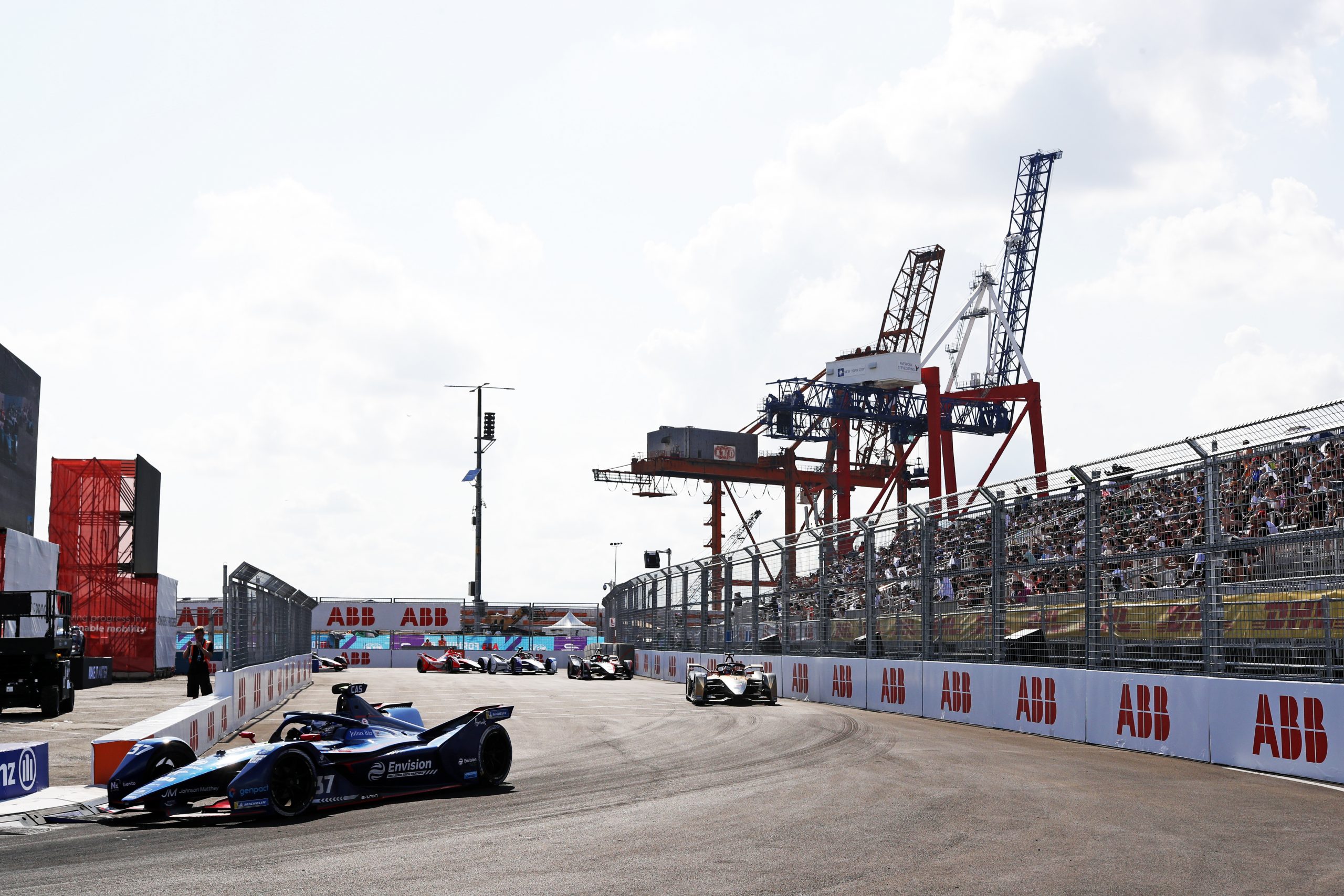 Cassidy’s followers – Vergne, Sébastien Buemi and Maximilian Günther – took their first Attack Mode with just shy of 35 minutes remaining as the Kiwi Envision Virgin Racing driver chose to take his one lap later, crucially emerging in the lead ahead of Vergne.

Despite Cassidy’s relative short experience in Formula E, the New Zealander managed to withstand extreme pressure from double champion Vergne and held onto the lead as the race entered its final 30 minutes.

There was drama in the midfield as Pascal Wehrlein and Alex Lynn collided at the hairpin, allowing Frijns to advance to eighth place, crucially maintaining his position as the highest running championship contender.

In the battle for the lead, Cassidy’s pursuers elected to take their second Attack Mode with 26 minutes left on the clock; Cassidy followed suit a lap later once again, establishing and maintaining a commanding lead of the E-Prix of around 1.5 seconds. 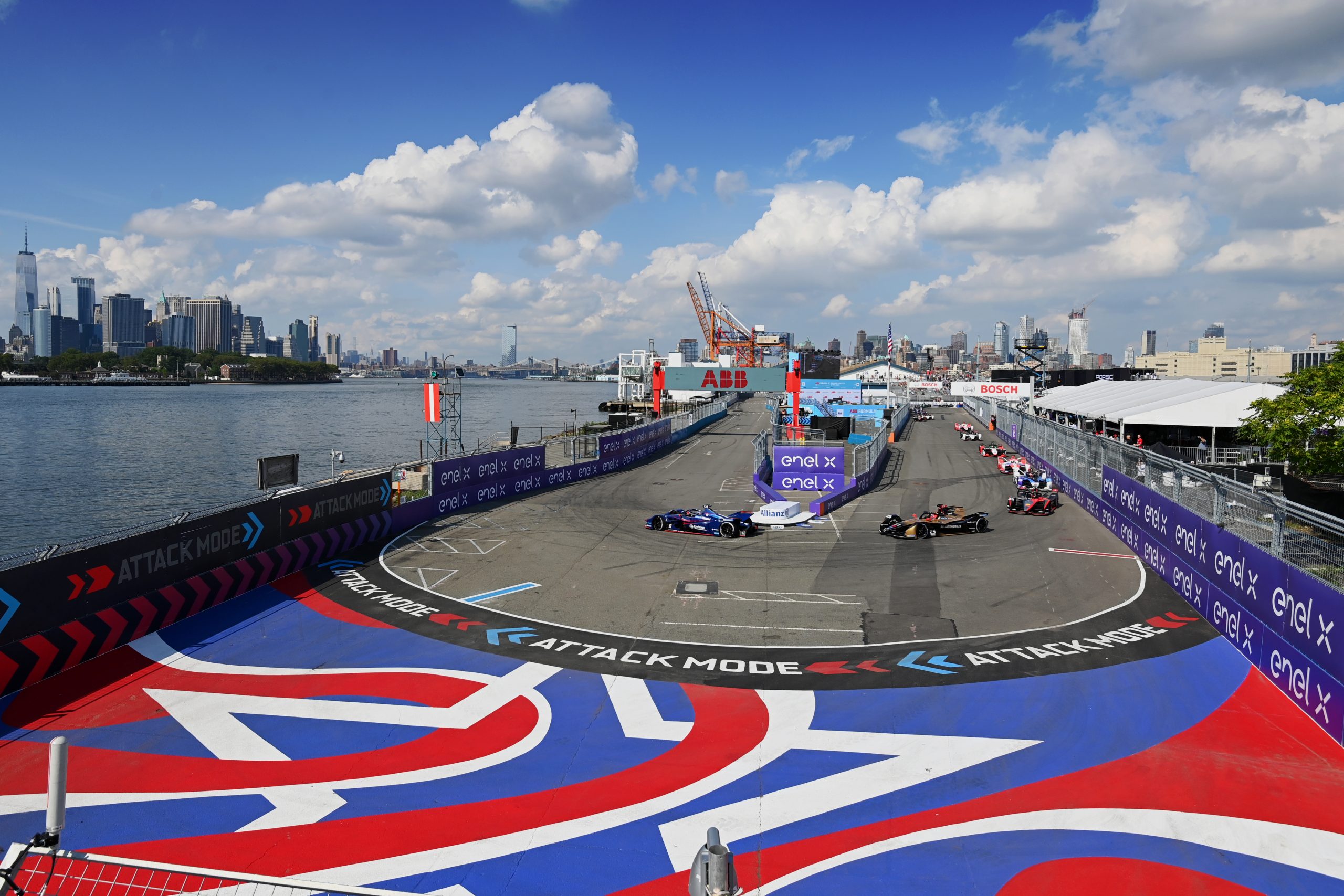 As the action on the 2.32km, 14-turn circuit in the heart of the Red Hook neighbourhood of Brooklyn entered the final 25 minutes, a full course yellow calmed the pace and reduced Cassidy’s lead at the head of the field as team-mate Frijns moved up into sixth with a nice move on Nissan e.dam’s Sebastien Buemi.

Cassidy remained out in front but with a slightly reduced gap, as Frijns claimed another position to take fifth ahead of Oliver Rowland and settling in behind Lucas di Grassi as the top three of Cassidy, Vergne and Günther remained.

Ten minutes later Cassidy found himself under huge pressure from Vergne and the Frenchman’s Fan Boost as the battle for the lead turned into a train of four cars with Di Grassi on the end of the high-speed Conga line.

Vergne made his move for the lead under braking for turn 6, only to be resisted by Cassidy before an aggressive move from Vergne a couple of corners later at the hairpin pushed the Envision Virgin Racing driver wide and relegated him to fourth place. When the chaos calmed down, Günther emerged in the lead. 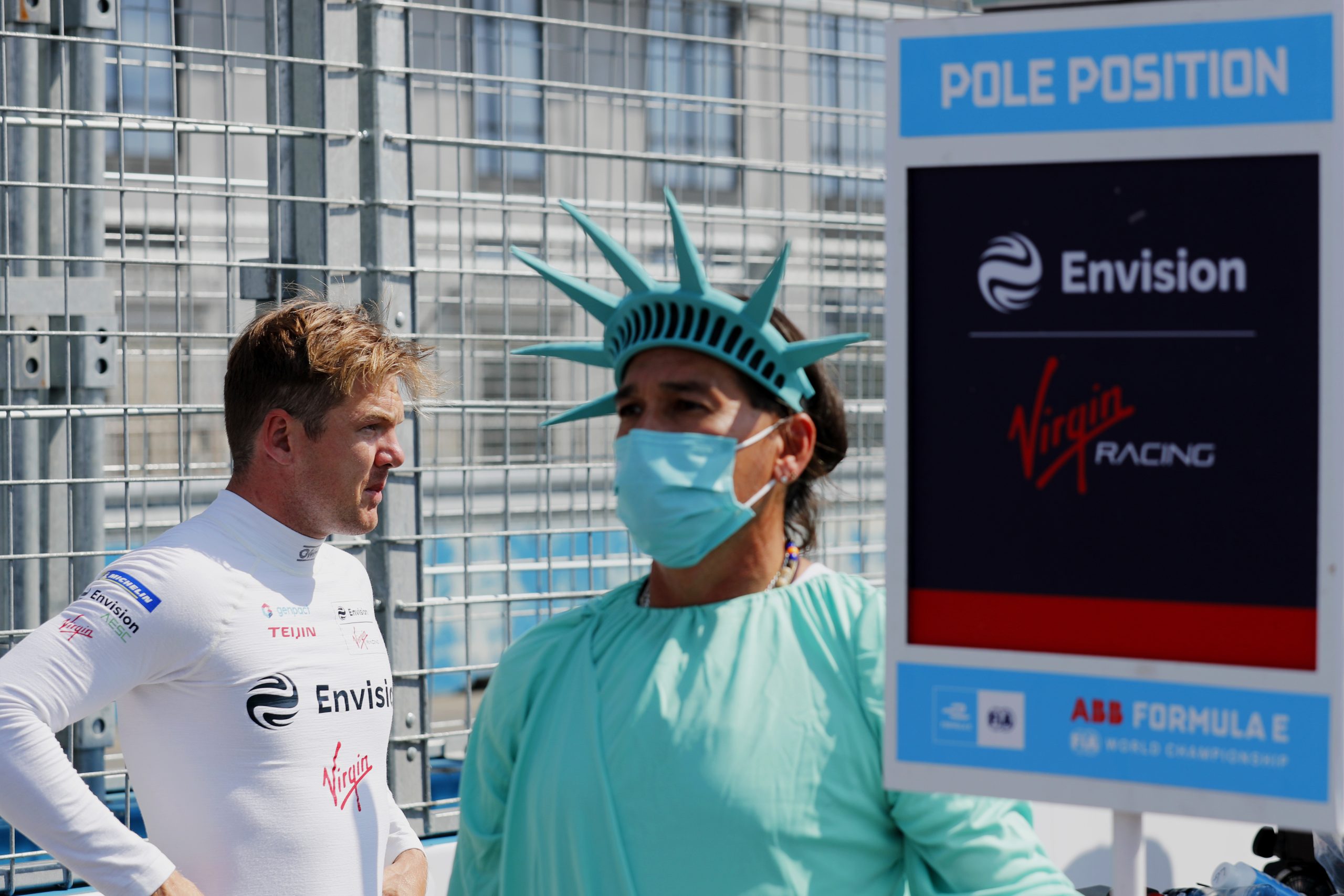 As things settled for the final few laps, Cassidy suddenly found himself ahead of team-mate Frijns where he would finish the race, as Günther made the most of his late race fortune to win ahead of Vergne and Di Grassi.

After the race Cassidy commented: “I think we did a good job today. At the start of the race I felt very comfortable, under control. The full course yellow didn’t fall my way, though – it was when I had my Attack Mode so I couldn’t extend the gap I had and lost time, which I think is ultimately what cost me.

“I was down a little bit on energy to JEV (Vergne) so I knew that he would attack me somewhere and there was a high chance it would happen at turn 10. He lunged me and, unfortunately, he overshot a bit and ran wide, which obviously left me out to dry. A little bit over the top, but it’s one of those things – that’s racing.”

With one race done and one more to run in New York City, both the drivers’ and teams’ championship are wide open. By getting two cars in the top five, Envision Virgin Racing ends the first day of racing in North America second in the team’s standings, just four points behind DS Techeetah.

Looking ahead to the second race of the weekend in New York City, Sylvain Filippi, Managing Director & CTO at Envision Virgin Racing, highlighted: “It was a good race for us. Robin did an amazing job getting from 11th on the grid to P5 – that was a great drive from him. Nick led most of the way and held on to his pole position brilliantly and under a lot of pressure, but he was a bit unlucky and didn’t quite have the energy to make it. In the end we took 25 points overall, so a great way to end the day as we start to focus on tomorrow’s race already.” 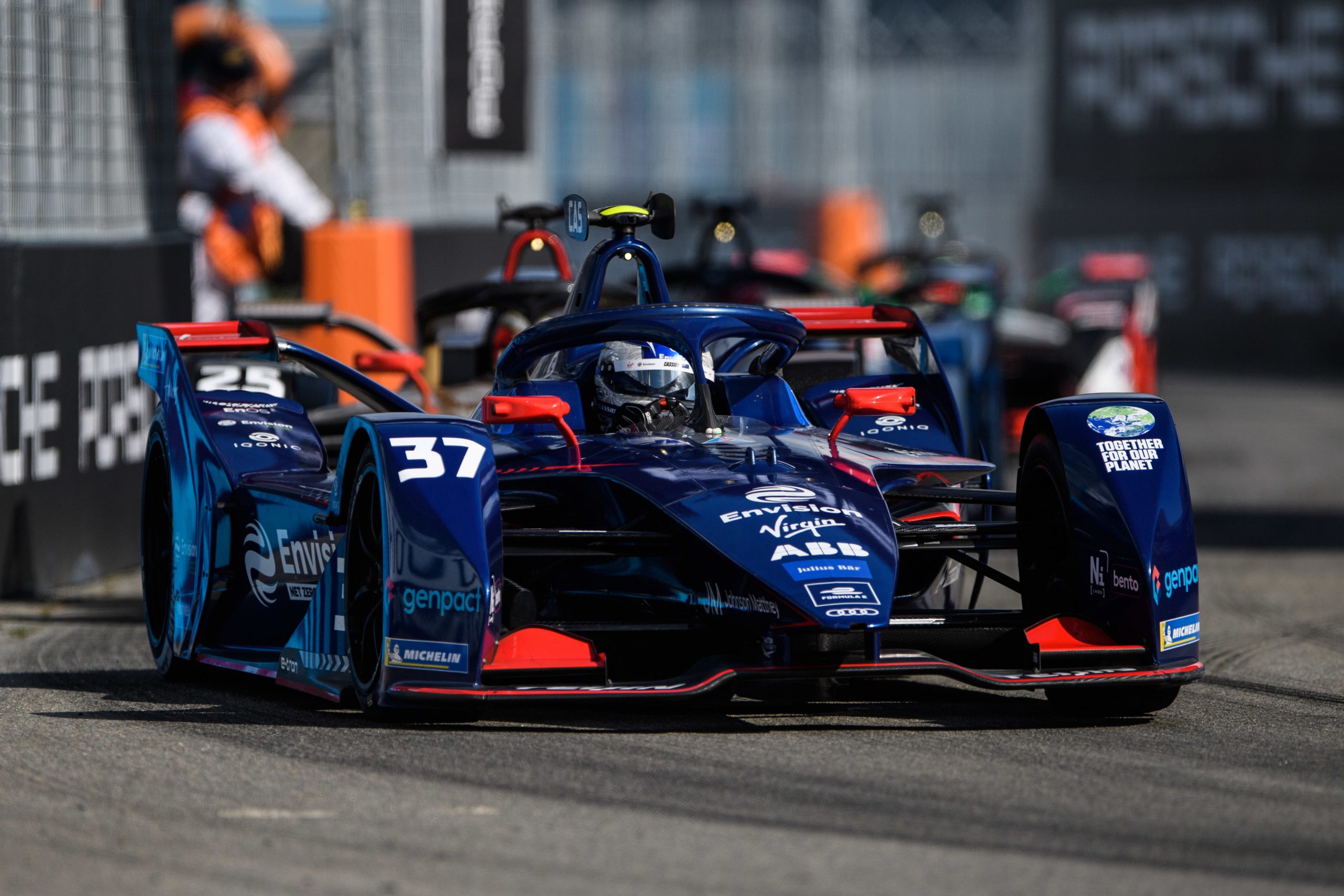