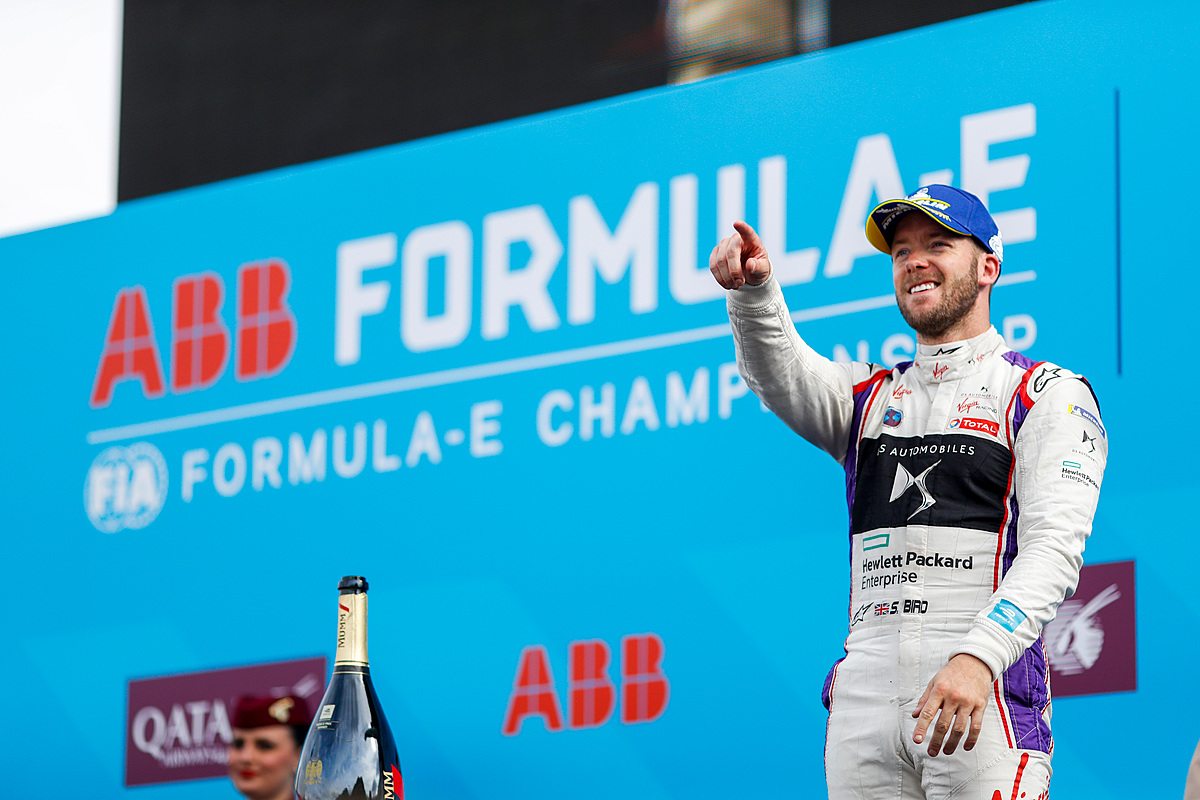 Virgin Racing’s Sam Bird secured third place during today’s dramatic Formula E Paris E-Prix with the Briton clinching the final podium place on the last corner of the last lap. The result means the team maintains its momentum in the all-electric championship, lying second in both the teams’ and the drivers’ standings.

Bird once again looked quick from the off, topping the timesheets in the opening practice session with team-mate and fellow Brit Alex Lynn following suit with P6. In the all-important qualifying session, Bird only narrowly missed out on pole to Jean-Eric Vergne, with Lynn set to line-up in P15 – despite only being half a second off the pace.

As the race got underway, Bird was just able to hold off from a charging Andre Lotterer behind to run second throughout the first half of the race, all the while pushing Vergne ahead.

Then, in the second half, Lotterer made a late lunge up the inside on lap 35 to squeeze by Bird with Lucas di Grassi also getting by a lap later. Lying fourth, it looked like the Briton would miss out on a top three finish but with just seconds to go, Lotterer – now in third – had depleted his energy. Crawling along, just meters from the finish line, Bird was helpless to avoid the stricken Techeetah car, making contact but somehow still managing to limp over the line in third and his 14th podium in Formula E. Despite his pace, Lynn was unable to improve on his P14 finish.

Bird said: “The weekend has been strong for us and the team but Jean-Eric [Vergne] drove a very smart race and we were unable to bring the fight to him. He fully deserved the win and I know how special it is to win on home soil. It was certainly an eventful race and I’m really pleased to come away with third place and more points for me and the team.”

Lynn said: “It’s not been the best weekend for me sadly. From our side of the garage we had a little bit of a disappointing qualifying, which then means it’s always going to be difficult in the race. We managed to gain a couple of positions but unfortunately couldn’t move further up the grid. However, we know the pace is there and we’ll regroup and bounce back in Berlin.”

Virgin Racing Team Principal Alex Tai commented: “Paris has been a fantastic weekend for the team, both on and off the track. It’s great to see Sam on the podium yet again, and at the home race of our manufacturing partner DS Automobiles. We’ve also hosted an Innovation Summit here, as well as announce both a new partner in STANLEY Black & Decker, and a new majority team owner in Envision. With just four races to go, the team remains in a very strong position and we’re very much looking forward to the next race.”

DS Performance Director Xavier Mestelan Pinon added: “It’s great to see Sam on the podium three times in a row and to continue being in the top three in our home race, and a real satisfaction to be still in the race for both titles in this really demanding championship.”

The next Formula E race takes place in Berlin on May 19.