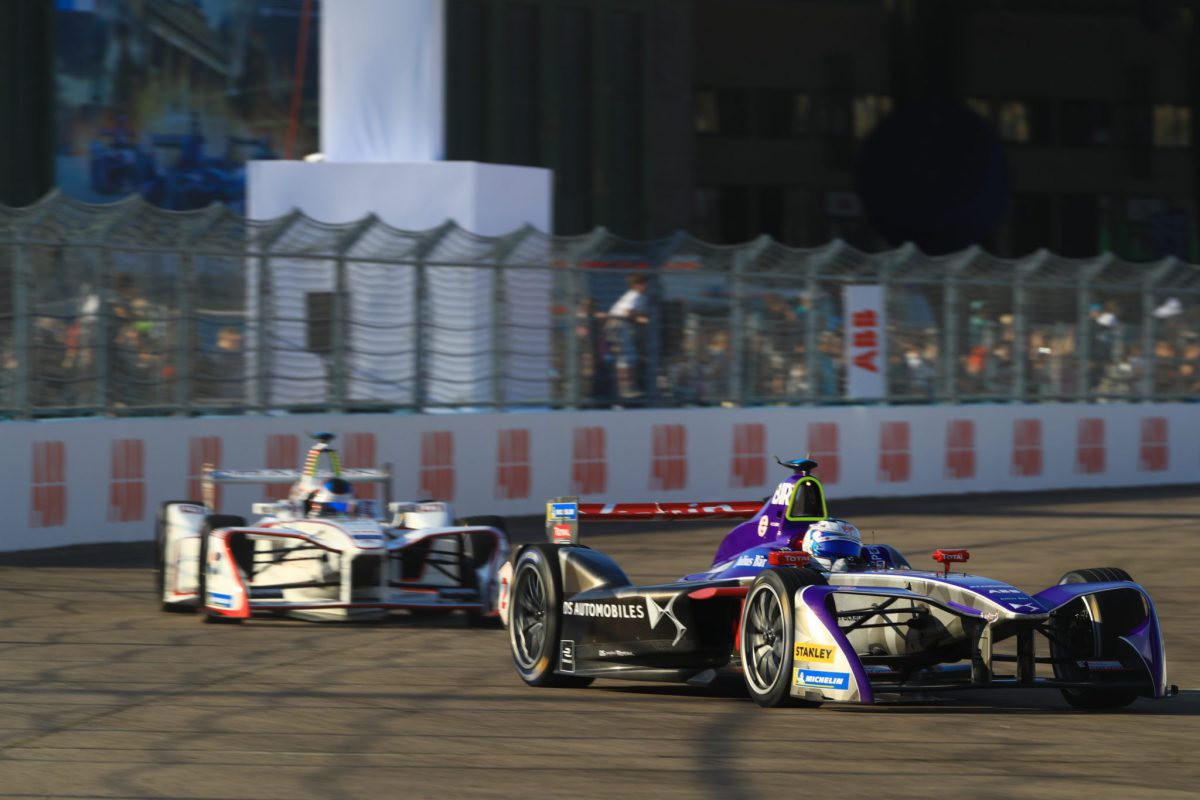 Points finish for Bird in Berlin

British racer Sam Bird secured a points finish during today’s Formula E Berlin E-Prix to keep up his title challenge and remain second in the drivers’ standings with just three rounds left to play out.

Held at the city’s former Tempelhof Airport, the 2.375km circuit – one of the longest on the Formula E calendar – saw both Bird and Lynn show strong pace in the day’s earlier practice sessions and, come qualifying, Lynn finish ahead of Bird to line-up eighth.

As the lights went out, Bird got the better start to shuffle up the order with Lynn losing ground in the early stages. With the race distance at 45-laps, and with high temperatures to contend with, energy consumption would prove crucial for all drivers, with Bird and Lynn having to manage this throughout.

After the mid-race pit stops, Bird was running eighth before being able to get the jump on Jerome D’Ambrosio in the later stages to close out the race in P7. Lynn too was able to make ground in the second stint with some confident overtakes but was unable to work his way into the points.

“Today was about maximising our potential and we were able to do just that and come away with yet more championship points on a challenging track,” said Bird, adding: “Our qualifying pace was ok but our race pace was always going to be tougher, so it’s good to come away from this event still in the title hunt.”

Lynn said: “For sure, this result wasn’t the one we wanted but there’s still positives to take. We’ve got some work to do between now and the next race and I’m looking forward to getting back in the seat.”

Sylvain Filippi, Virgin Racing’s Chief Technology Officer, commented: “The Berlin Tempelhof Circuit is always a challenging one for drivers and the team. Sam was able to optimise the car’s performance today with Alex working hard on energy management. It’s great Sam was able to pick up yet more championship points and maintain his title push and, for sure, we’ll look at where we can improve and come out stronger at the next race in Zurich.”

DS Performance Director Xavier Mestelan Pinon added: “The results of the Berlin E-Prix are, of course, not up to our usual high standards. Sam retains his second place in the drivers’ standings though, and therefore is still in championship contention. We must now work even harder to prepare for the next race in order to continue our championship fight.”

The next Formula E race takes place in Zurich on June 10.