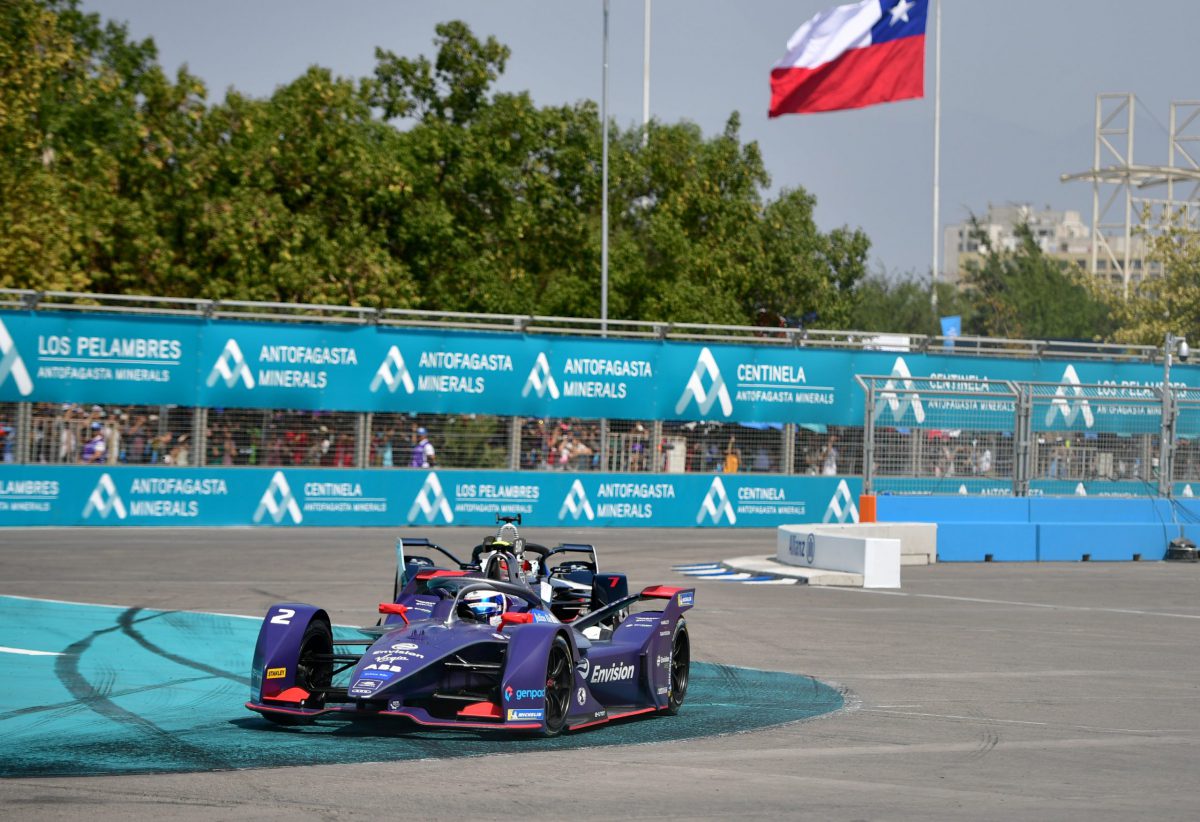 Envision Virgin Racing’s Sam Bird battled his way back through the pack during today’s scrappy Formula E Santiago E-Prix – that saw track temperatures soar to 38°C – to finish the race just inside the points and secure the fastest lap. 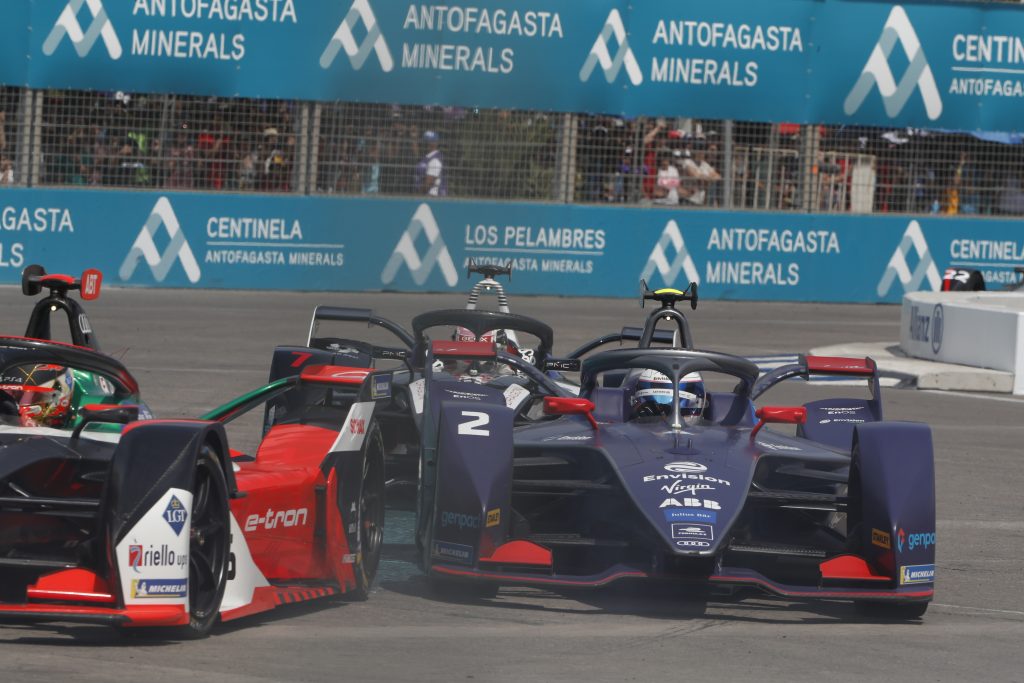 Earlier in the day, the opening practice session showed the team had strong pace, with Briton Bird topping the timings, but a red flagged second session saw both Bird and team-mate Frijns unable to complete full power laps ahead of qualifying. Air and track temperatures continued to rise throughout the morning, with the evolving conditions playing a major role in the team’s qualifying positions – with no drivers from group one or two making it through to the Superpole shootout.

Following an incident-riddled start to the race – with both Envision Virgin Racing drivers being pushed down the pack – Bird fought hard to make his way up into the points. Finishing the race in 10th place [following post-race penalties] he then managed to secure a further point by gaining the fastest lap. 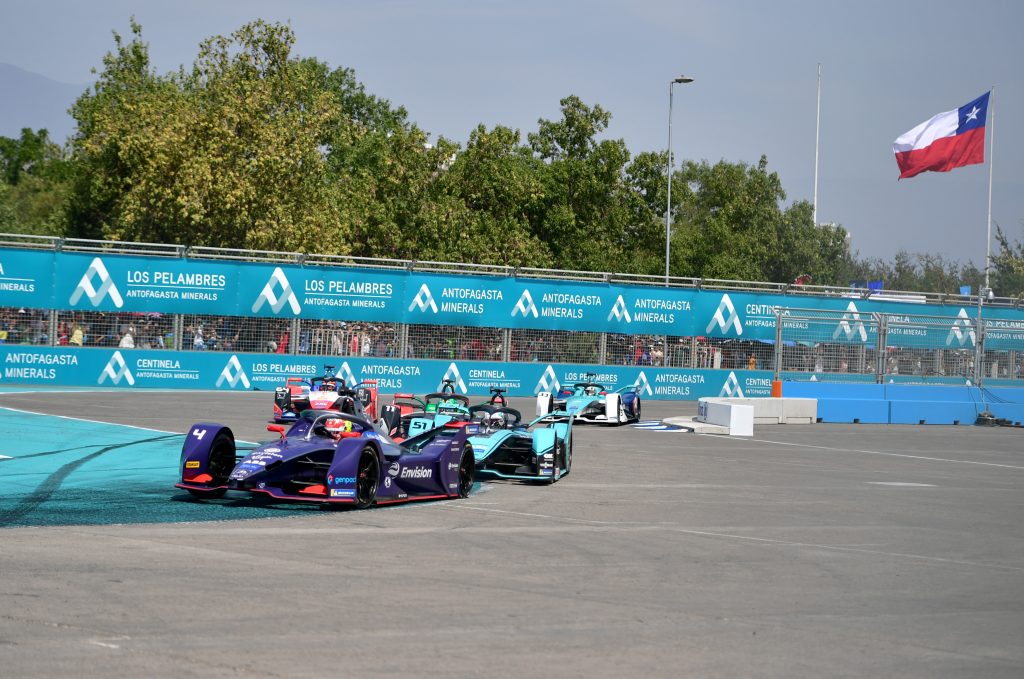 Meanwhile, Dutchman, Robin Frijns suffered a puncture during first lap contact at the hairpin and was forced to return to the pits for a tyre change, meaning he remained a lap behind the other drivers yet still finished the day in P15.

Sylvain Filippi, Envision Virgin Racing’s Managing Director, said: “It’s been a difficult day for us here in Santiago but to come away with points is very important for the team. This morning we showed that we had the pace – with Sam topping the timings in FP1 – but the ever-evolving track conditions made qualifying very difficult. Sam [Bird] drove a fantastic recovery race today, having been spun twice on track during the race, and really showed the true pace of the car. It’s still very early on in the season and continuing to score points every weekend is our goal.”

Bird, 33, said: “It’s positive to take some points away from what has been a difficult weekend for the team. We were always aware that qualifying was going to be difficult but we were confident in our pace and ability to make our way forward during the race. Unfortunately, I was tapped twice during the race which really hindered my progress – without both those incidents I’m really confident that we could’ve been fighting in the top five today. There’s nothing more we could’ve done today as a team and I’m happy that I’ve secured points here in Santiago – as we know in Formula E scoring consistently is extremely important.” 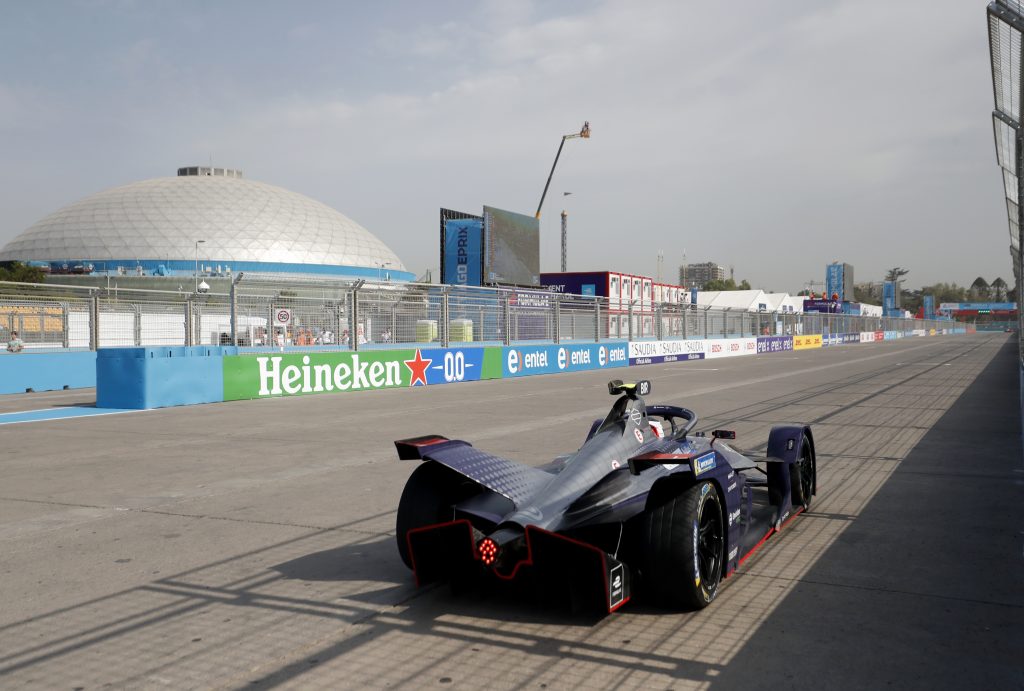 Frijns added: “I think it’s fair to say that today has not gone our way and a huge part of that is down to the qualifying groups – with none of the drivers from the first two groups making it into Superpole. We started near the back of the grid but were confident that both Sam and myself could make our way forward – we’ve shown we’ve got the pace behind us and can make the moves when they count. However, being involved in an incident early in the race put a stop to that – as I had to return to the pits with a puncture – and from there it was just about gaining data out on track.”

The next race takes place in Mexico City in just under a month’s time. For more information on Envision Virgin Racing, including access to the team’s media site, visit www.envisionvirginracing.com 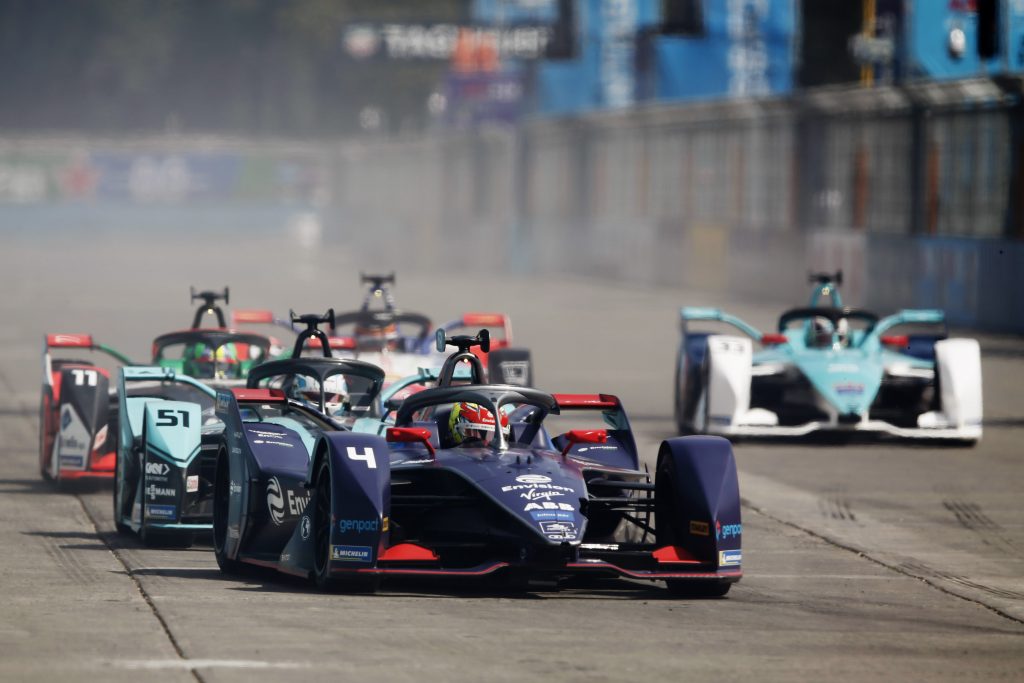