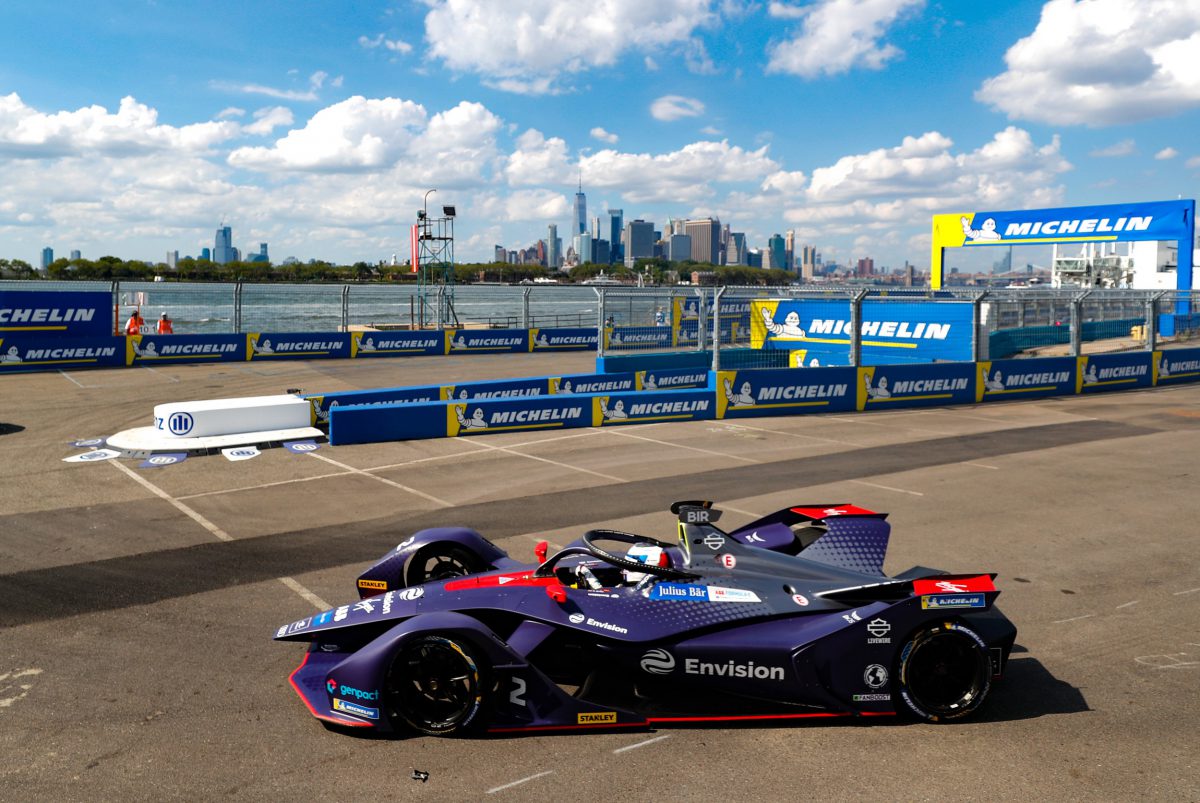 The 32-year-old started the race in P6 after a solid qualifying performance. Although crossing the finish line in sixth place, Bird received a ten-second time penalty following slight contact with Jose Maria Lopez, which pushed him down to eighth place.

Nevertheless, the Briton showed strong race pace as he was able to match the leaders’ lap times, running as high as fourth at one stage as he battled with the likes of Alexander Sims and Lucas di Grassi.

Meanwhile, his Dutch team-mate Robin Frijns endured a frustrating race picking up an electrical issue at the beginning of the race followed by contact in the mid-pack from his P9 grid slot. The 27-year-old tried to carry on around the 2.320km, 14-turn circuit, but he was forced to retire after slipping down the order.

Bird said: “Today has been a frustrating one where the results have not reflected our pace. Making it into Superpole from the second qualifying group was a great start but I made a mistake into the first corner on my flying lap which cost us vital grid slots. Then in the race we battled as hard as we could, but it was really frantic and really hard to settle into a good rhythm. We showed good pace, but we were unable to pull away from the midfield and with the time penalty we brought the car home as best we could.”

Frijns commented: “After the disappointment of Bern last time out, and the pace we showed in the morning practice sessions, we were really hoping for a lot more from today’s race. Things just didn’t go our way. We picked up an electrical issue early on and tried to continue but we just had to retire the car. We know the pace is there though, so we’ll give it everything tomorrow and look to end on a high.”

Sylvain Filippi, Managing Director at Envision Virgin Racing, said: “That was a difficult race for both Sam and Robin and one that didn’t reflect our true pace or potential we showed in the morning sessions. We know we have much more to offer if only both drivers can get a clean race. This team has put in an enormous amount of effort and hard work this season, so we want to finish on a strong note and cap off what has been a very competitive season. Third place in the championship remains our target and we’ll be doing everything we can to achieve that tomorrow.”