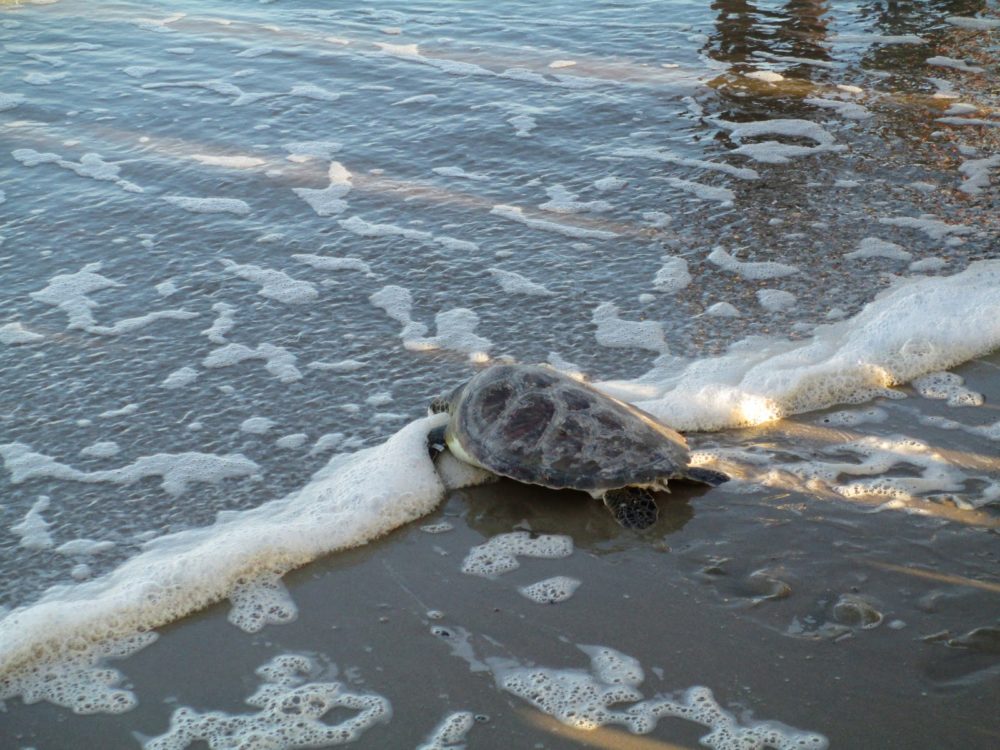 Returning to the wild

The last Formula E race in Punta del Este saw the all-electric series return to the picturesque Uruguayan beach resort, first visited in December 2014 during the inaugural season. But, for the Virgin Racing team, it was a return of more than just racing.

Admittedly, it was a return to good fortune as well for Sam Bird –  who swapped his previous brush with the wall with a brush with the podium – but also a return for a very special four-legged friend.

More than three years on, the team took time out of its busy schedule to catch up with a very special climate change hero; one who helped former driver Jaime Alguersuari release a green-back turtle – christened Virgin of course – back into the wild.

Daniel González-Paredes is a Research Coordinator at Karumbé (Karumbé means ‘turtle’ in Guaraní; an indigenous language of South America). The organisation – made up mostly of volunteers – releases around 50 turtles back into the Atlantic waters off the coast of Uruguay every year. These waters are perfect feeding grounds for the turtles, who live off a diet of jelly fish and algae. Unfortunately, this means they often confuse plastic for food – an all-too growing issue within our oceans. When this happens, the plastic gets lodged in the turtle’s stomach with terrible consequences. 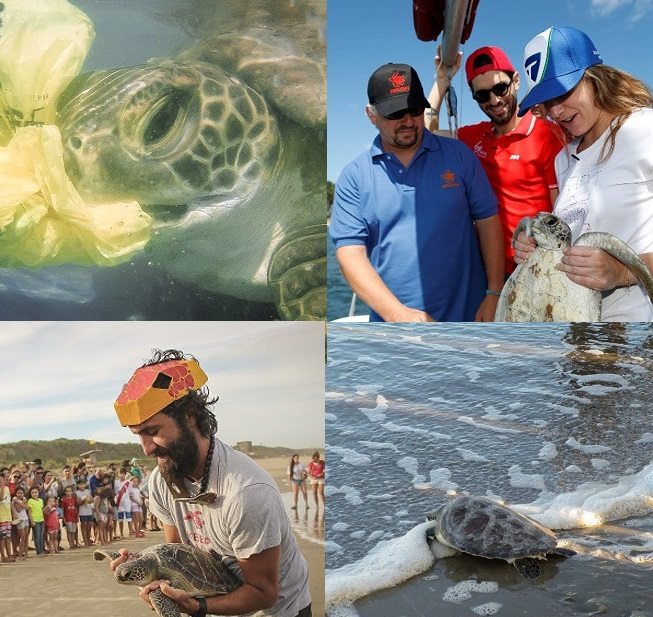 The lucky ones are washed ashore, where the volunteers at Karumbe take them in. The plastic is removed and after a month’s rehabilitation they are ready to resume their life in the ocean.

“Ellen MacArthur once said by 2050 there will be more plastic than fish in the world’s oceans,” remarks Daniel. “Perhaps very extreme but this scenario could become reality if we keep producing – and failing to properly dispose of – plastics.”

Daniel is right, the current output of plastics exceeds 300 million tons a year, of which four to 12 million tons end up in our oceans – roughly equivalent to 500 billion plastic drinks bottles piling up every year in seas.

“Plastic pollution has become one of the main threats to marine ecosystems,” continues Daniel. “The reason is because the plastic waste reaching the sea is really persistent and highly buoyant, which undergoes fragmentation into increasingly smaller pieces, generating garbage patches by the combined action of ocean currents and winds. As a consequence, this increasing occurrence of marine plastics debris is having dramatic effects on marine life and its habitats. Ingestion, bioaccumulation, and entanglement, among others, are frequent impacts on species such as marine turtles.”

This is the case in Uruguay where dozens of turtles are found stranded every year along the coast with clear evidence of plastic ingestion. The Uruguayan waters are considered as a key foraging and development area for marine turtles in the Southwestern Atlantic Ocean. In particular, these waters host a mixed stock of early juveniles of green sea turtles, feeding mainly on macroalgae. However, this population is now facing considerable levels of plastic pollution. The effects on turtle health – both through being eaten but also from chemicals leaching from the plastic – can lead to death through the blockage of the turtle’s digestive tract and eventually starvation.

“Since 1999, the Karumbé NGO has been working for the research and conservation of marine turtles in Uruguay. But in the last years, we have had to focus a great part of our efforts on dealing with the plastic pollution. Our work is based in three fundamental pillars; Preservation, Research and Education. These baselines complement each other to make an effective whole unit.”

Daniel concludes: “We are now facing a new, worldwide threat; plastic pollution, but the battle is not yet lost. More and more people are demanding a change in policies and the current production and consumption patterns. Our responsibility as conservation organisations is to spread the message in order to raise awareness about marine turtles, involving people in the conservation efforts. Perhaps, this will be a long and arduous way, but as said one of the most influential-ever Uruguayan writers, Eduardo Galeano; ‘Many small people, in small places, doing small things, can change the world’.”

For sure, Daniel’s sentiments are echoed by Virgin Racing and its Race Against Climate Change programme which you can add your name to here.