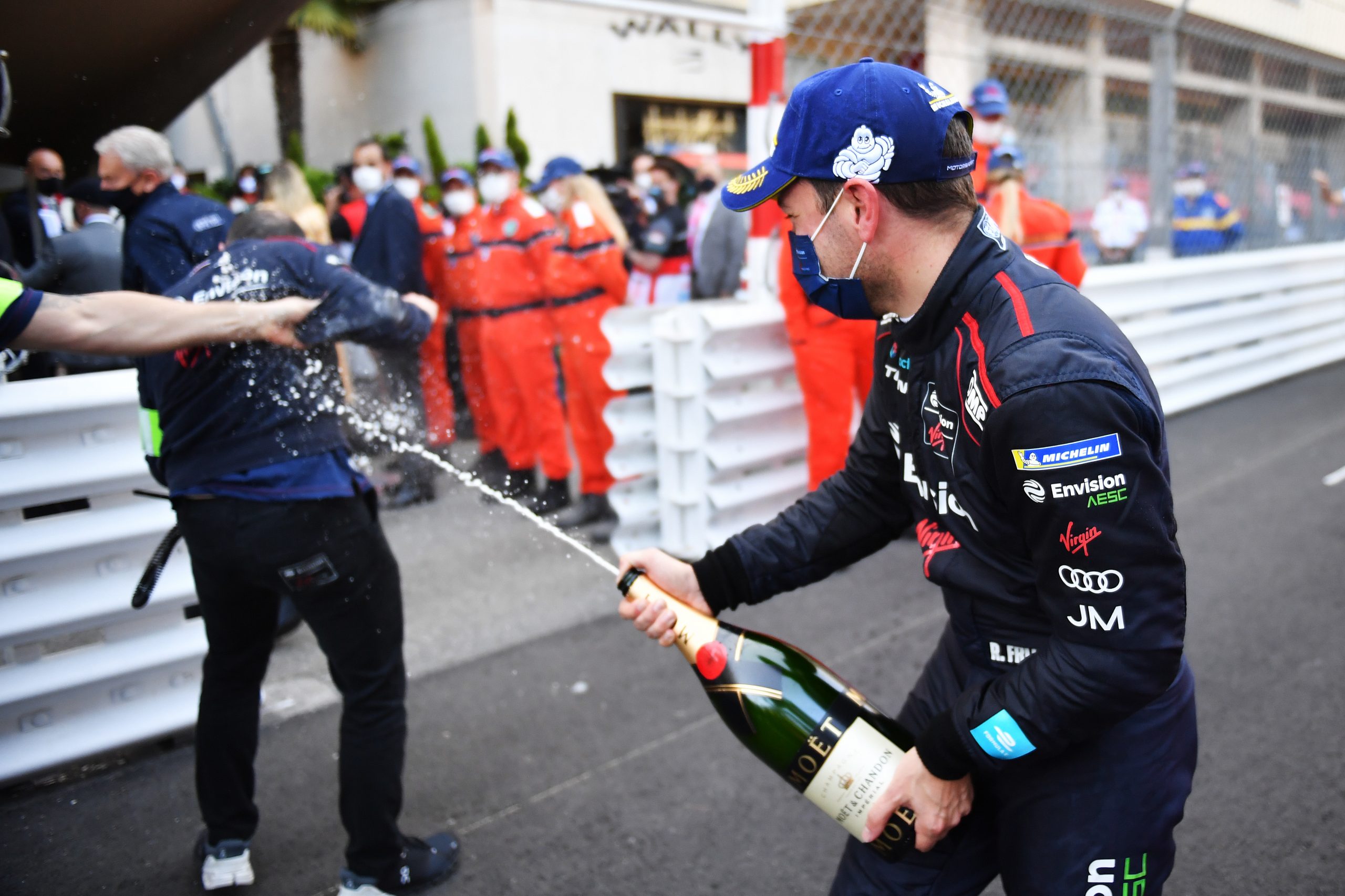 Starting from P2 after a strong qualifying session, the Dutchman wrestled the lead from Antonio Felix Da Costa early on, with the two swapping positions throughout via their differing Attack Mode strategies.

Racing around the full iconic street circuit for the first ever time, Frijns then dropped to third in the latter stages behind Mitch Evans, with Da Costa now back in front. With Evans struggling on energy, Frijns pressurised him throughout the final laps and eventually just pip him on the line – by a mere 0.024s – to take his second podium of the season and thrust him to the top of the drivers’ standings. 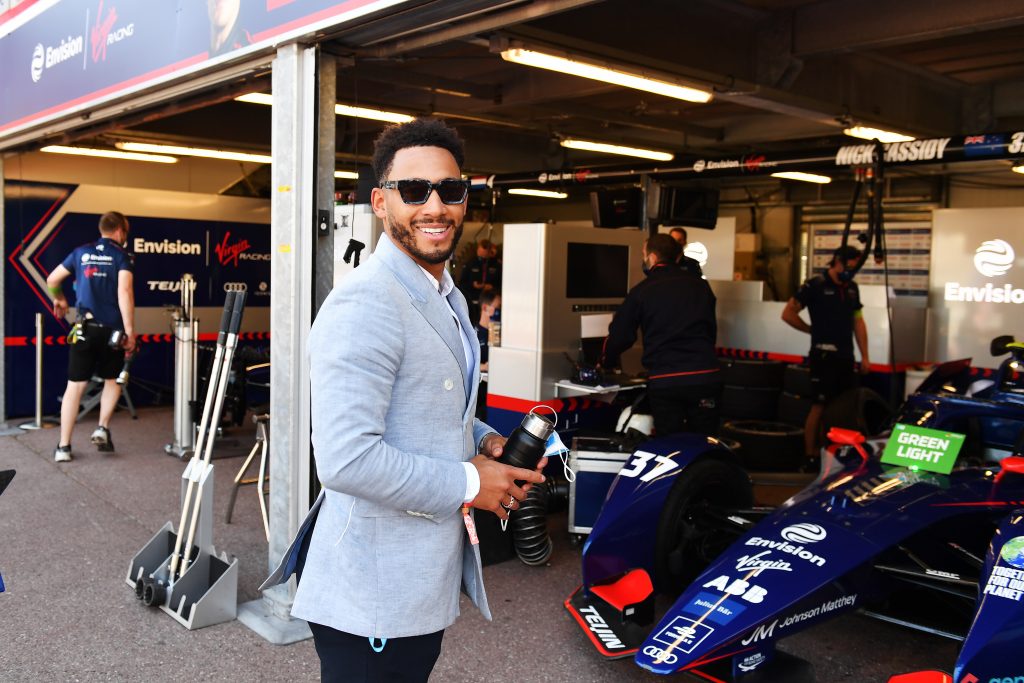 Meanwhile team-mate Nick Cassidy, one of only three drivers to have never raced in Monaco before, battled in the mid-pack to finish P8 to make it a double points finish for the Envision Virgin Racing team who now surpass their 1,000th Formula E point milestone (1,020 tally) – one of only three teams to have achieved such a feat.

Speaking afterwards Frijns said: “We had a good car today and we’ve had good race pace all season. I felt like we had the win in us today, but I guess it wasn’t to be. At the beginning, Antonio was a bit cautious which allowed me to pass but it was very difficult to pull away. We had a great fight and hopefully put on a great, fair show for those watching, but overall, it has been a good result and to be leading the championship at the halfway stage is unexpected but encouraging.” 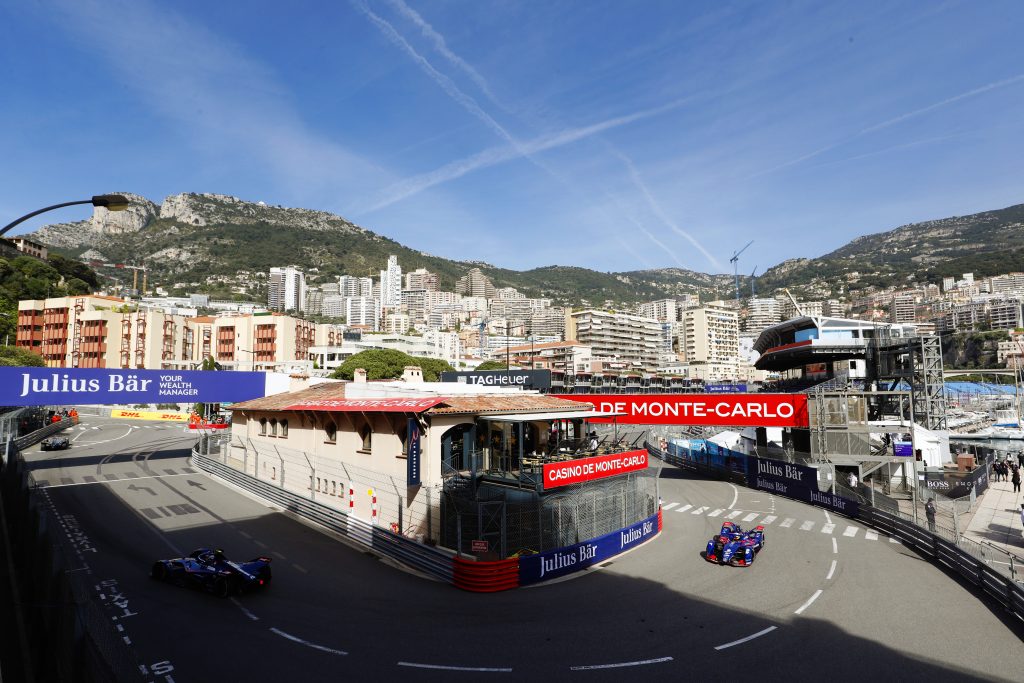 Cassidy added: “Overall, it’s great to bring some points home for the team and a double points finish at Monaco. I’m really happy for Robin who has done a great job all day. For me, I’ve been a little frustrated as I feel the potential is more than what we’ve seen in qualifying and the race. Had it come together better in qualifying I think the race would have been a different story. We’ll regroup now during the break and come back stronger.”

Sylvain Filippi, Managing Director at Envision Virgin Racing, said: “That was a great race and a great showcase for what Formula E does best; close, action-packed street racing. Robin has looked quick all day and was unlucky not to secure pole. He drove a superb, controlled race today and had the pace for the win. Nick also brought home some good points for the team, so it’s great to get both drivers finishing in the top 10 and to be in a strong position at the championship midway point.”

Formula E is next in action on 19/20 June with a double header (Rounds 8 and 9) with Mexico’s Puebla E-Prix. 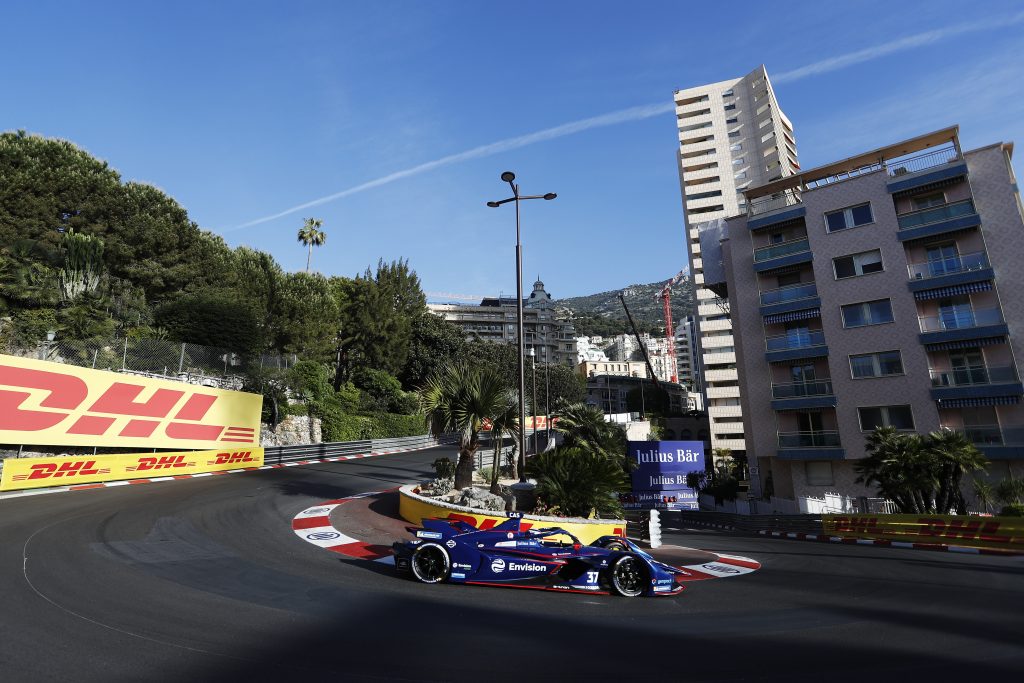 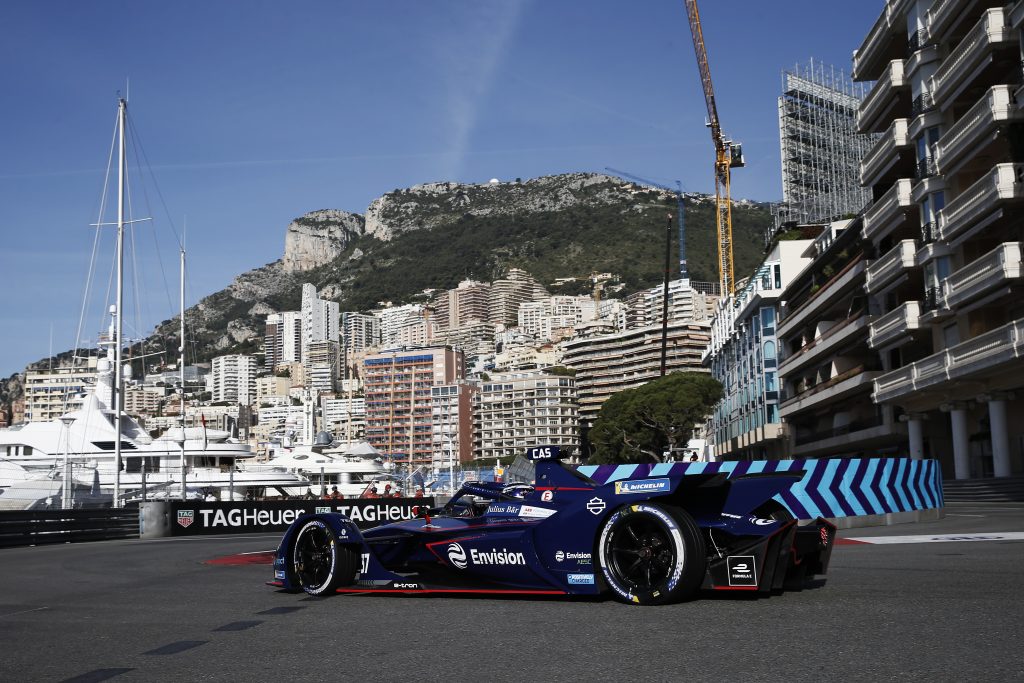