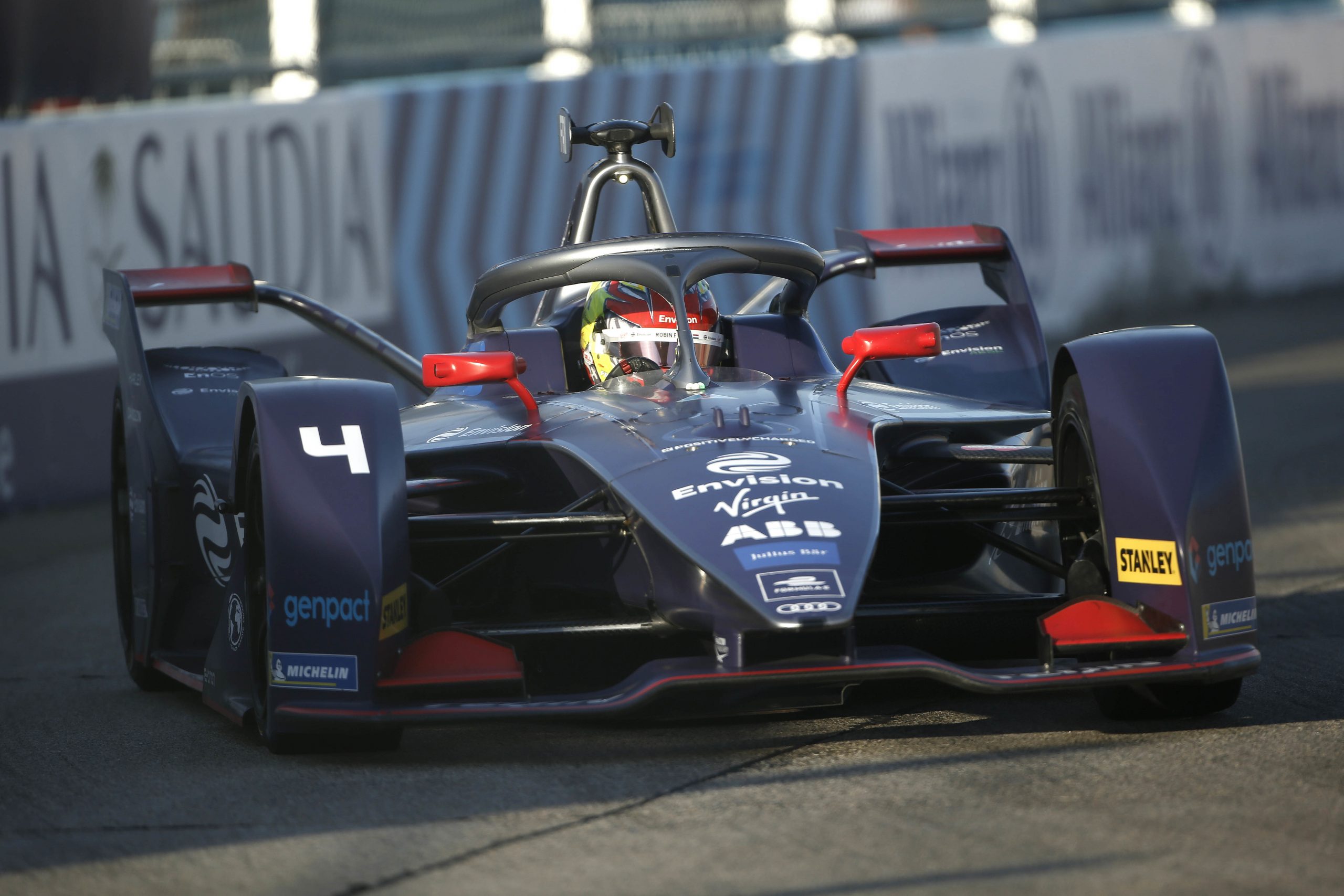 ROBIN FRIJNS: “NO REST FOR THE WICKED”

After an incredible six races in nine days, we caught up with Envision Virgin Racing Formula E driver Robin Frijns to find out how he’s been coping since and what he’s got planned for the future.

How do you feel after the season six finale in Formula E as well as your DTM races?
I actually feel ok, which is surprising – I’m known for being ‘Mr Sleepy’ and the team often have to wake me up to get into the car before the race! It was very tiring, especially mentally, and swapping between two completely different cars – Formula E and DTM – was difficult but I don’t think it was as bad as I was expecting. Physically, I felt some pain in my left thumb a bit more from driving the Formula E car in Berlin – as we had a lot of left-hand corners – but apart from that I’m ok.

You clinched two podiums in Berlin, how did it feel to be back collecting trophies in Formula E?
It was great to be back up there, fighting at the top! I have struggled with qualifying in the past but I made it into Superpole four times during the six final races in Berlin so I think that’s pretty good going. The atmosphere was definitely strange – collecting a trophy with no cheering is different – but it doesn’t take anything away from the driving beforehand. It was great to bring some silverware home for the team and to get the crucial points needed for us in the teams’ standings.

Have you managed to recover after three solid weeks of racing?
The Berlin races were book-ended with DTM races, so I hadn’t been home in a very long time. It’s been really nice to have a few days at home to recover and disconnect from racing a bit. I try to catch up on some sleep and recover as much as possible between races anyway but I also try and meet up with family and enjoy the little things that I’ve missed.

Talking of family, how important is it to have their support over this time?
It helps me a lot, not only during all of the race weekends, but in general. I’m just a normal guy at the end of the day and enjoy doing normal things in life – like going to my favourite restaurant for lunch and not thinking too much about work. It helps to have people around to switch off with, whether that’s my family, friends or girlfriend – it’s just nice to have them around.

Are there any special causes that you support?
A few years ago, the son of a friend of mine fell seriously ill and I got involved with the charity “Groot Hart” to help. The charity name means “big heart” and I’ve tried to help wherever possible. I invited him along to ride at Zandvoort with me, in a Radical SR3 and he gave me a teddy bear that weekend as a gift. Sadly, he passed away six months later, but I still carry the teddy bear with me to race weekends.

There isn’t another Formula E race until January, so what happens now?
There’s no rest for the wicked – that’s what they say, right? As I’ve mentioned, DTM is still happening at the moment so I’ve got a lot of races lined up for that but we’ll also start work on season seven of Formula E very soon! We already have the provisional calendar for the season so we can start preliminary simulator work and we’ll continue to analyse season six as we go along. We’ll hit pre-season testing before you know it though and we’ll be back out in the cars!