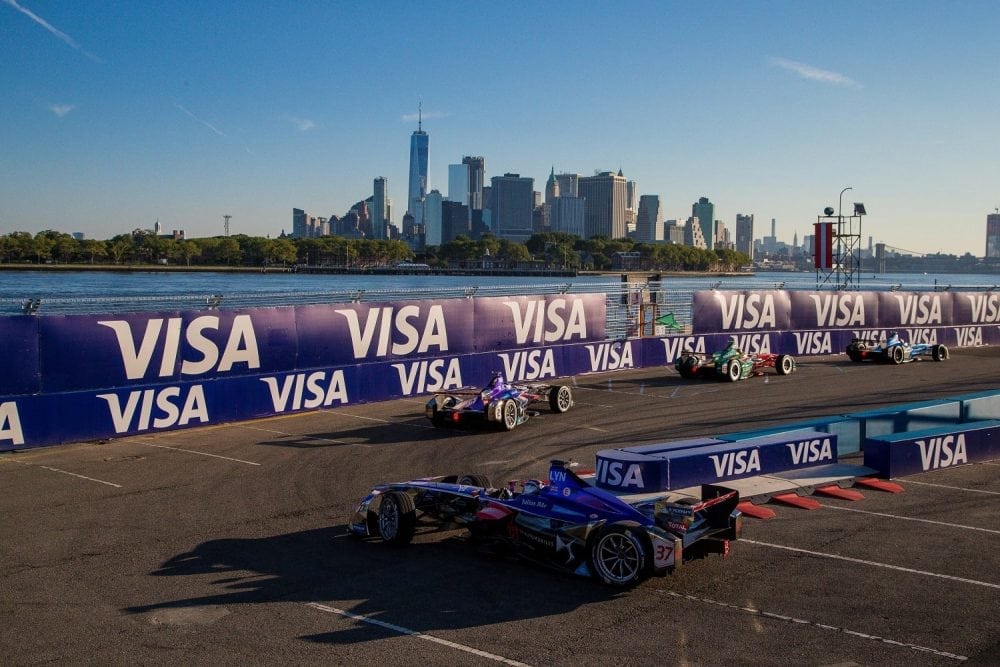 British racing driver Sam Bird and his DS Virgin Racing team say they are “ready for the challenge” as they head to New York City this weekend, fighting for both the teams’ and the drivers’ championship in Formula E’s season finale title-decider.

The final two rounds of the all-electric series take place on Saturday 14 and Sunday 15 July in Red Hook, Brooklyn, where Bird and season-long title rival Jean-Eric Vergne remain the only drivers left in contention. With two races to play out, a total of 58 points are up for grabs with Bird 23 points adrift of Vergne.

Bird, who has two wins and four podiums under his belt so far this season, will also be returning to the site where he secured a famous ‘clean sweep’ winning both races, securing one pole and amassing a total of 53-points.

At the same time, his DS Virgin Racing team will be vying for the teams’ championship where they currently lie third and are counting on every point from Bird and fellow British team-mate Alex Lynn, who made his Formula E debut at the 2017 New York event, securing pole on his first attempt and becoming only the second driver in the series to have ever done so.

This year’s race takes place on a slightly modified circuit layout and increased race distance, making Saturday’s race the longest ever this season (see statistics below).

Speaking ahead of the weekend Bird said: “For sure, we’re ready for the challenge and will be giving it everything we’ve got. It’s going to be tough with the new layout and extended lap count but the whole team has been working flat out – as they have done all season – to prepare for this weekend. We never expected to be in this position at the start of the season, but we’re here and we’re going to do the very best job we can.”

Lynn said: “It’s great to be returning to New York where I made my Formula E debut; it’s an amazing location for a race. As a team, there’s a lot at stake so we’ve been working hard in the simulator and back at our Silverstone base to ensure we’re ready. I know I can deliver strong results myself to help benefit the team and, of course, support Sam.”

Sylvain Filippi, DS Virgin Racing’s Managing Director, commented: “Since the last race, the preparation from everyone has been intense as we know what we’re playing for. Last year was the perfect weekend for the team, both on and off the track, but we know this year the challenge is even greater due to the strength of our competitors. Nevertheless, I know every single team member will do the very best job they can.”

DS Performance Director Xavier Mestelan Pinon added: “The two last races of the season will be amazing, with this high intensity duel at the top between Sam and his former team-mate. With just 23 points difference, nothing is certain. We are more motivated than ever to give our best and try and repeat the feat of last year.”