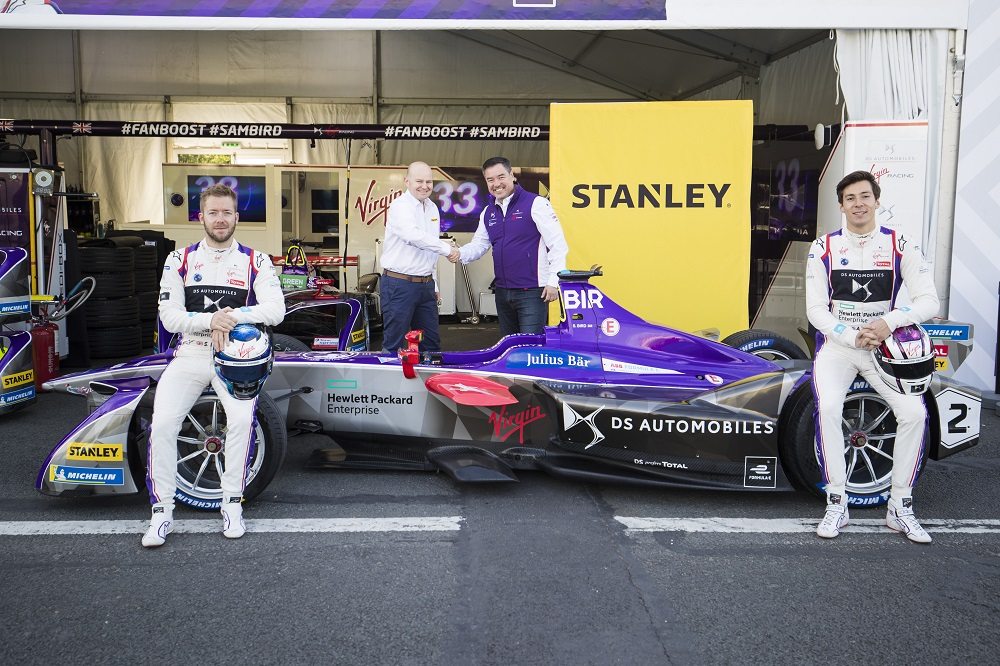 STANLEY® SIGNS ON AS OFFICIAL PARTNER OF Virgin Racing

As part of the agreement, STANLEY Engineered Fastening will provide technical and operational support to the Virgin Racing team, which was recently victorious in the Formula E season four race in Rome. Along with providing tools, fastening systems and solutions and other high-performance products to the team, STANLEY will be collaborating with the team’s engineers with a view to helping the team develop future technologies.

STANLEY Engineered Fastening has been revolutionising fastening and assembly technologies for almost 100 years, and its stable of well-known brands includes Avdel, Nelson, POP, Tucker and Spiralock. Today, more than 90 percent of all new automobiles and light trucks manufactured in Europe and North America use the company’s engineered fasteners.

In addition to providing a platform for cutting edge technology and innovation, the partnership underscores Stanley Black & Decker’s commitment to sustainability and reducing environmental impact. Aligning with Virgin, another highly purpose-driven organisation, the partnership is in keeping with the company’s broader ECOSMART™ plan and pledge to become carbon positive by 2030. 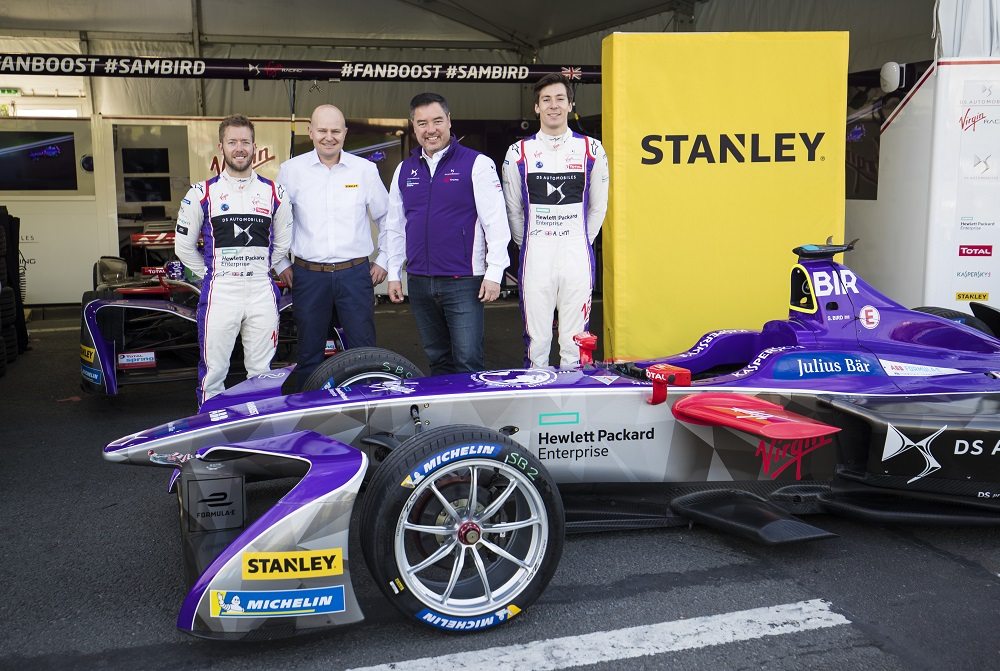 “The Virgin Racing Team is the ideal partner for Stanley Black & Decker, as they share our passion and purpose – changing the world through technology and sustainable innovation,” said John Wyatt, President, STANLEY Engineered Fastening. “The team is leading the way in developing the sport’s most advanced technologies, so we’re excited to contribute to the team’s success on the track and accelerate the growth of sustainable mobility solutions – helping to build a better future for us all.”

“As a company that has put innovation at its core for 175 years, this partnership provides an opportunity to further expand our reach to a younger demographic of fans in a sport that will help shape the future of transportation and how our products are used by new generations of customers,” Wyatt added.

Virgin Racing is one of the founding and leading teams in the all-electric FIA Formula E Championship – the world’s first fully-electric single-seater racing series – currently lying second in both the teams’ and the drivers’ standings. Along with numerous wins and podiums to its name, it remains one of only a handful of teams to have recorded victories in every season of the series since its inception.

“We look for partners that, like us, put purpose at the centre of how they do business and that are focused on delivering innovative new solutions that make a positive impact on the world, which is why we’re excited to welcome Stanley Black & Decker to our team,” said Alex Tai, Team Principal, Virgin Racing. “At this critical stage in the season, every advantage we can find is crucial, and having the latest equipment and technologies available to our team will help improve our efficiency and contribute that extra winning margin – while also helping us deliver on our innovation and sustainability goals.”

The team has also been involved in Formula E from the beginning, and it has used its platform to engage business leaders around the importance of sustainability and relentless innovation. On the eve of the 2017 Formula E race in New York, Virgin founder Richard Branson and the Virgin Racing Team hosted the New York Innovation Summit. Branson was joined by the CEOs of The Dow Chemical Company, the Leonardo DiCaprio Foundation and Lanzatech, among others, to discuss how business can positively influence people’s lives and save the planet.

As part of the sponsorship programming, Stanley Black & Decker will provide racing fans with behind-the-scenes video footage on its social media channels profiling the team’s operations and race day activities. The company will also provide fans with an opportunity to win a once-in-a-lifetime VIP experience.

To learn more about Stanley Black & Decker, visit www.stanleyblackanddecker.com or follow the company on Twitter via @StanleyBlkDeckr.