Many of us have causes we believe in. From time to time, some of us may even put ourselves through physical endeavours for them, be it a protest march or a gruelling marathon run. But what about cycling, paddling and sailing more than 7,000 miles from the UK to Chile just to raise awareness of climate change? 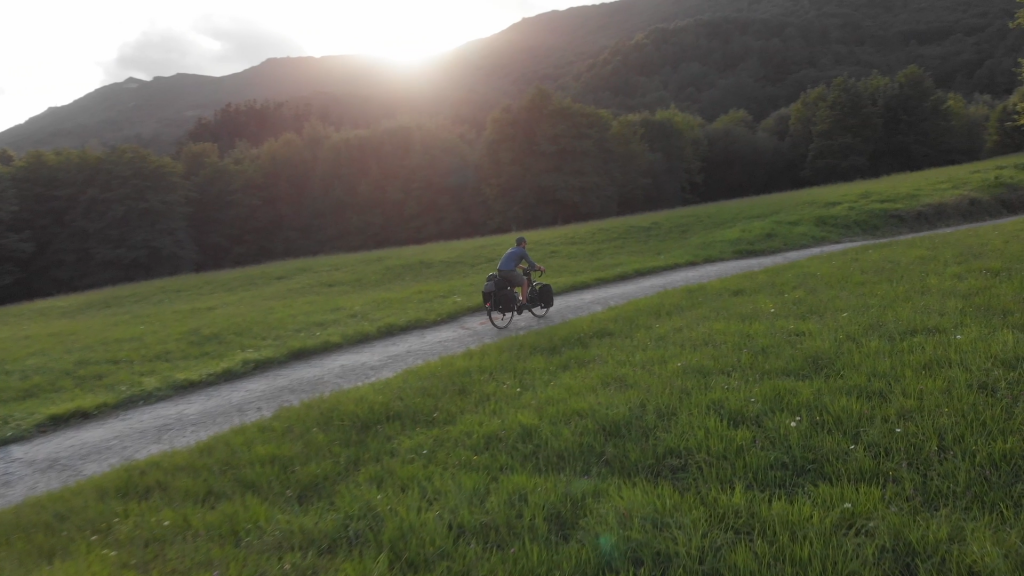 Well, that’s what one British man decided to do. Adventurer and filmmaker James Levelle took it upon himself to travel from London to Santiago completely fossil-fuel free, in order to attend the recent UN Climate Change conference (COP25). His goal? To help raise awareness about the global climate emergency and deliver the messages of young people who he met along the way.

So, towards the end of last summer, James, packed up his belongings, together with £50,000 of his life savings, and gave himself three months to journey all the way from the UK to Chile without emitting a single emission.

Understandably, this was no ordinary climate quest but also something James is no stranger to having been making documentaries in some of the most extreme environments on Earth for a number of years. But his real passion for the environment began when making one of those films about illegal fishing in West Africa. He witnessed first-hand the terrible destruction being done to the marine life in the region and it’s this that made him realise that he had to do more.

“In knowing more about climate change, it has made me realise what I can do as an individual to make a positive impact,” recalls James. “Then one day my brain told me I needed to go on this massive adventure from the UK to Chile to get to the climate change conference – the COP 25 – fossil fuel free and make a climate documentary, but to do so by focusing exclusively on the next generation. The plan would be that I’d then deliver this film to the UN at the conference.”

And so, the 38-year-old set off from Dorset in England and began his journey, moving through Europe by boat, electric train and bicycle until he boarded a sailing ship bound for South America.

But then disaster struck. Due to political unrest in Chile, organisers had decided to move the climate conference to Madrid, Spain.

“Finding out the news two weeks before I arrived in South America was tough, remembers James. “I mean my ship had literary already sailed! But I then had a big decision to make about whether I turn around or continue the journey I had started.”

James chose the latter and true to his word continued on his adventure. “The thing that inspired me the most is the young people I met along the way and that’s what made it so important to me to get to Santiago and deliver those climate change messages.”

Along the way, the 38-year-old adventurer documented the entire expedition, which included becoming the first person to drive an electric vehicle across Argentinean, all the way from Buenos Aires to Mendoza.

James is now back in the UK and already planning his next adventure, as well as working with the Envision Virgin Racing team as an ambassador for its Race Against Climate Change programme.

“We know when trying to tackle climate change that there are fantastic nature-based solutions out there, as well as fantastic technological solutions and we need to explore all of them. Through Envision Virgin Racing and their Race Against Climate Change, that opportunity to inform and inspire people – through the excitement of electric cars – is just a great thing to do.”

To watch an exclusive mini documentary on James’s amazing trip from London to Chile, click here. Meanwhile, further details on future collaborations between James and the team will be revealed soon. For more information on James visit https://raceforfuture.com/