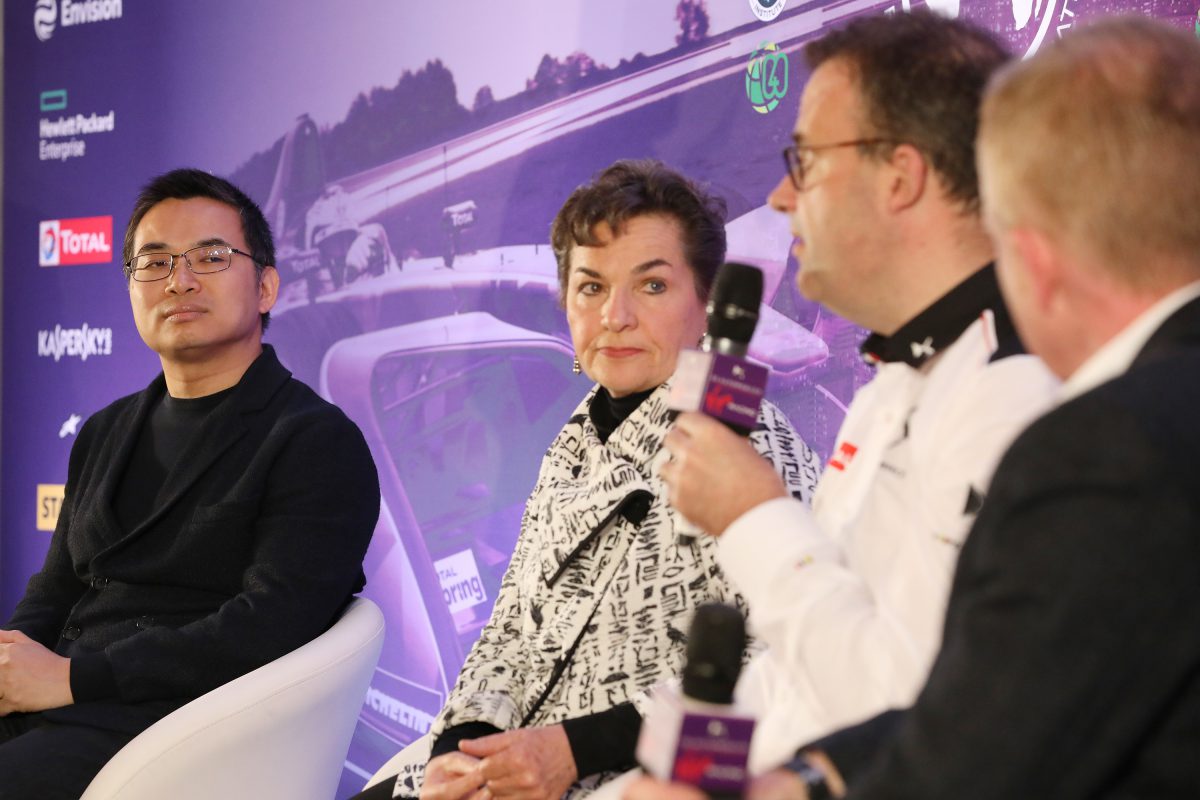 THE MOST INFLUENTIAL WOMEN IN THE FIGHT AGAINST CLIMATE CHANGE

At Envision Virgin Racing, we’re much more than a racing team. We exist to energise the Race Against Climate Change, focusing on accelerating the transition to clean, secure and affordable renewable energy and mass adoption of e-mobility. In short, we care passionately about our planet.

The aim of the Race Against Climate Change is to accelerate the energy transition and help the world achieve the goals of the Paris Climate Accord.

We’ve profiled five of the most influential women leading the fight against climate change.

Christiana Figueres
Former Executive Secretary of the United Nations Framework Convention on Climate Change (UNFCC) and friend of the Envision Virgin Racing Formula E team, Christiana is an internationally recognised world authority who is credited with forging a new brand of collaborative diplomacy. Injecting a sense of optimism into climate change agreements, Figueres attempted to remove talks from what she refers to as ‘the pollical trash can’. A key figurehead in the Paris Agreement in 2015, she shed light on the gender dimension of climate change and continues to accelerate a global response to climate change through various engagements, including her role as Co-chair of the Advisory Committee of Formula E.

Greta Thunberg
At the age of just 15 years-old, Greta Thunberg began a school strike in Sweden and grew attention to the on-going climate crisis and the impacts that this was having. Since 2018, her message has spread throughout the world and young people are following in her footsteps by marching and striking in many major cities to make adults, and decision-makers, aware that the climate crisis is a true emergency. Avoidance of air travel and an ambition to travel on months-long trips with a zero carbon footprint, Thunberg is continuing to spread her message globally and her success has been highly regarded by many – including achieving the accolade of TIME Magazine’s Person of the Year. She states that: “This is an existential crisis that is going to affect our whole civilization, the biggest crisis humanity has ever faced.”

Anne Simpson
As Director of Global Governance for California’s public pension fund, Anne Simpson comes with a wealth of knowledge and power to go with it. She believes ‘money talks’ when it comes to transitioning the world away from fossil fuels and Simpson’s already taken large steps forward with her plans. Simpson believes activism makes good business sense and believe ‘there’s no business that can function without a healthy eco-system.’ Pushing some of the world’s largest companies to disclose the risk climate change poses to their businesses is just one initiative that she’s pushed forward , as well as leading Climate Action 100+, who engage in negotiations to demand the world’s 100 biggest greenhouse gas emitters change their ways.

Dr Kate Marvel
Using her social platform to inform, inspire and engage, Dr Kate Marvel aims to cut through misinformation about climate change with storytelling. Currently working as an associate research scientist at Columbia University, Marvel studies climate models and has recently discovered that climate change has been affecting drought since 1990. She used her storytelling techniques to educate through TED Talks and podcasts alike and has said, ‘We don’t know for sure what the future holds. But we are sending our kids there, and they are never coming back,” she said. “I want them to be prepared for what they’ll face’.

Rachel Kyte
As one of the leading experts in climate change, heads of state and multinational CEOS are working with Rachel Kyte to plan a transition away from fossil fuels. Playing an influential role ahead of the 2019 U.N. Climate Change Summit, she helped push for countries and companies to make new commitments to expedite energy transition. Leader of the World Bank’s climate programme, Kyte developed strategies to make hundreds of billions of dollars available to developing countries who were eager to address climate change, she strongly believes that ‘we have to make sure we take care of everybody.’

Adapted from ‘The Women leading the Fight Against Climate Change’ on TIME.com.