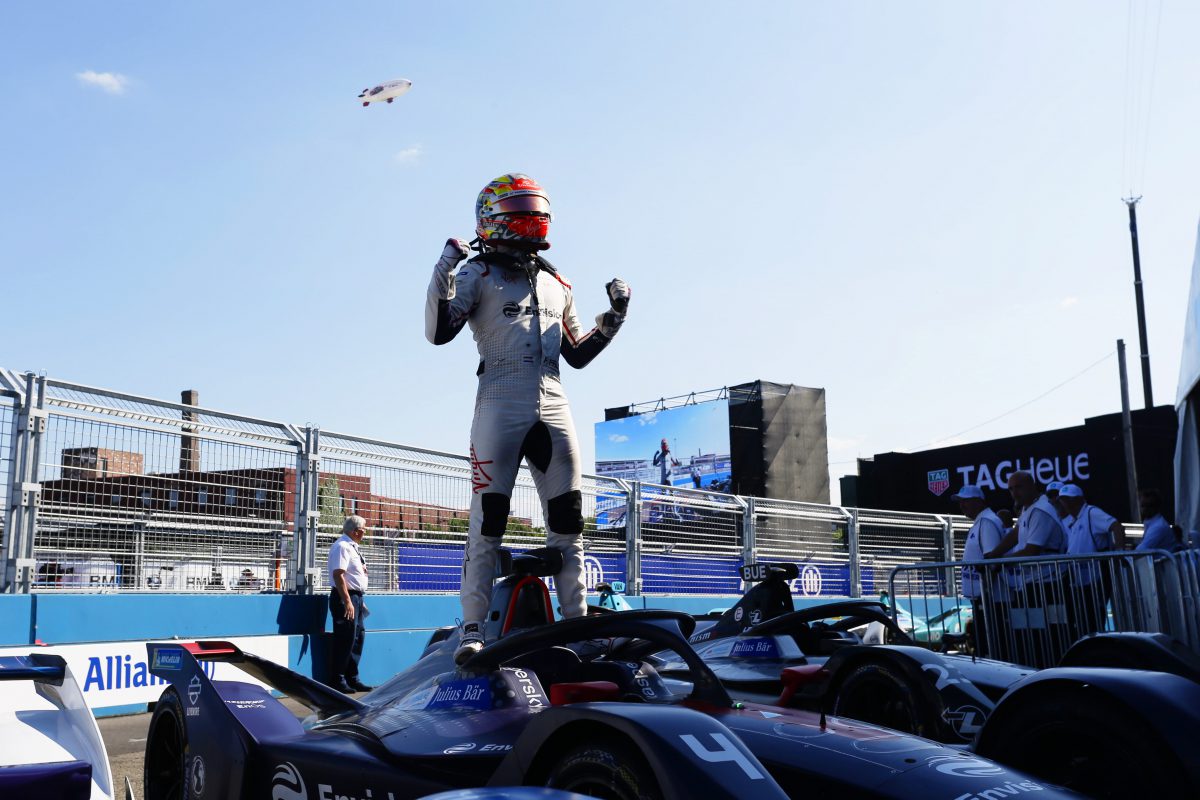 Starting on the front-row after a superb qualifying performance, the Dutchman wasted little time to put himself in an overtaking position and was soon up the inside of Alexander Sims into Turn 1 to take the lead. After that he never looked back, putting in a dominant performance to take the chequered flag with a comfortable margin.

Meanwhile, his British team-mate Sam Bird produced an equally strong performance to finish just a few places behind in fourth, meaning the duo finished fourth and ninth respectively in the overall drivers’ standings.

Frijns, 27, said: “At times, it has not always been easy this season even though we’ve had a strong car from Audi Sport, so it’s great to finish on a high, and I think the whole team needed that. Everything went smoothly today, and after I got passed Sims, it was a case of managing the energy and the tyres to bring the car home safely. For sure, it’s a big relief to get this result as since Paris we’ve had four non-finishes which has been tough. Overall, it’s been a really good first season with Envision Virgin Racing and I’m really pleased to end with a win.”

The result now sees the team’s all-time career wins move to 10, along with a tally of 25 podiums, from 58 race starts, whilst in New York it has won half of all Formula E races held there.

Sam Bird, 32, added: “Today was another good result for me and the team here in New York and I am delighted to say that we finished third in the teams’ championship, which is an amazing achievement considering this was our first season as an independent team. We’ve had very little testing compared to other teams so to come away with this result is even better and a credit to everybody at Envision Virgin Racing. Thank you to everybody who has supported us this season, especially our fans, and we are looking forward to stronger and better results in season six.”

Commenting on the result, Managing Director at Envision Virgin Racing Sylvain Filippi, said: “That was a great drive today by Robin and Sam and a fantastic way to cap off a really competitive season for the Envision Virgin Racing team. The result today, and all the highs this season, are a testament to the hard work, dedication and skillset of each and every member of the team and I’m extremely proud of them all. As an independent team, to finish third in the constructors’ championship makes it even more rewarding and we’re already looking forward to continuing our successes when the new season starts in November.”

He added: “I’d also like to say a huge thank you to our majority owners Envision Group, and to all our partners for their support, without which we couldn’t have achieved the successes we have this season. In addition, to Audi Sport for our great working relationship this season and, finally, to Jean-Eric Vergne and to the DS Techeetah team for winning both championships.”

Envision Group’s Franz Jung and Chairman of the Board of Envision Virgin Racing, who was on site to support the team, said: “I’m happy to see the team achieve a top three finish in the championship in our first full season in Formula E. It might have been by one point but every point matters, as has every race and every point this season. I’d like to extend my thanks to the whole team, and to Sam and Robin, for their hard work and we look forward to another even more exciting season together.”