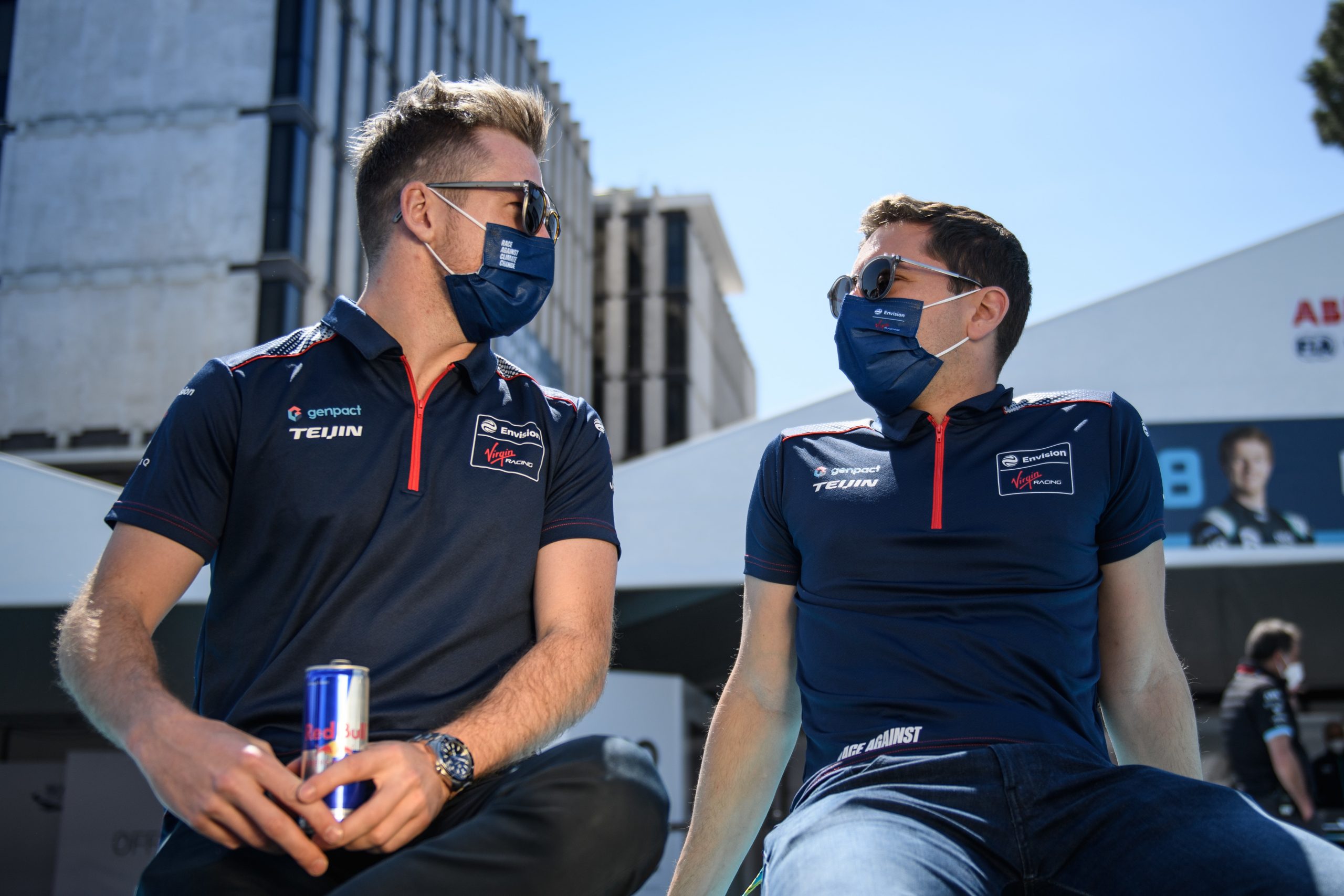 Sleeping in the car? Lucky socks? Once again Envision Virgin Racing drivers Robin Frijns and Nick Cassidy reveal all in the latest episode of ‘On Charge’.

Just a few days to go until rounds five and six in Valencia, the boys are joined by Formula E commentator Jack Nicholls to talk through the highs and lows of the last event in Rome before looking ahead to this weekend’s double-header in Spain.

For Nick in particular, the E-Prix in the Italian capital proved to be an eventful one with the rookie grabbing his maiden Formula E pole position in only his fourth ever race, only for it all to be undone with a series of unfortunate incidents. Thankfully his ‘lucky socks’ have helped him ‘get over it’ but can you guess the special message inscribed on them?

This episode also features some special fan questions which reveal that Robin isn’t the only one who likes a little cat nap in the cockpit.

For the forthcoming Valencia E-Prix, the duo are confident they have both the race and the one-lap pace, especially as the team has bagged two of the last four pole positions. But how will the team fair on the Circuit Ricardo Tormo – Formula E’s first visit to a permanent track?

Well, you’ll just have to watch to see what they said…