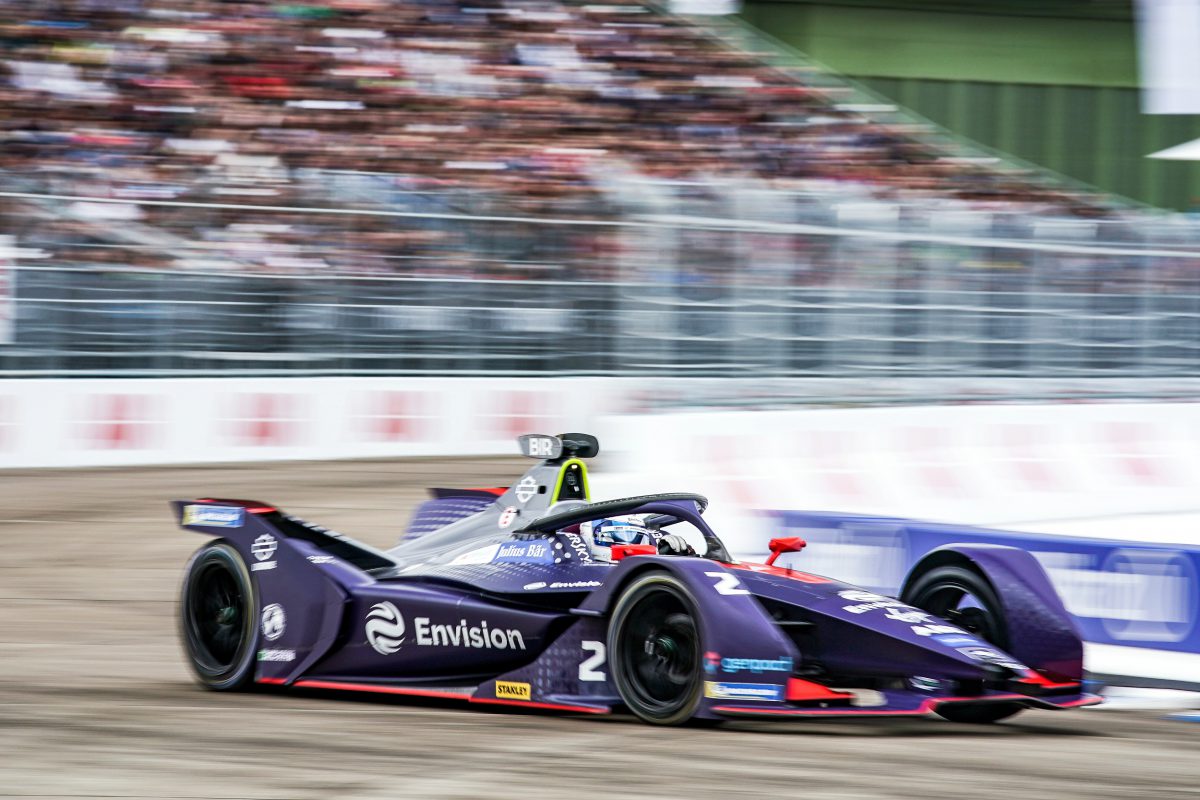 Envision Virgin Racing’s Managing Director Sylvain Filippi says the team is in “a good position” heading into this weekend’s Formula E season finale in New York City, where the independent outfit will look to capitalise on its strongest ever season.

The squad has remained a front-running team throughout this season securing an impressive two victories – one apiece for drivers Sam Bird and Robin Frijns – together with a further three podiums and has never dropped below third in the teams’ standings.

Now, after 11 races in cities all over the world, the all-electric Formula E series travels once again to Red Hook in Brooklyn, New York City, for the final two rounds on Saturday 13th and Sunday 14th July.

Taking place on a very similar 2.330km (1.44miles) circuit to previous events, the New York City E-Prix looks set to be a thrilling climax to the season where, with a total of 94 team points up for grabs, anything is possible. Envision Virgin Racing currently lie in third position in the teams’ standings, with Dutch driver Robin Frijns in sixth place and Briton Sam Bird in ninth spot in the drivers’ championship.

With so much at stake, the team has been undertaking its usual rigorous preparations, including extensive simulator work which has seen the drivers collectively racking up more than 1,300km (807miles), the equivalent to six times the mileage completed on a normal race day.

In addition, the event is one that the team – through its driver Sam Bird – has won twice before with back-to-back victories during the inaugural races in 2017.

Speaking ahead of the race weekend Bird, 32, said: “The season finale is understandably a big occasion with a lot at stake, so we’ve worked really hard with the engineering team to ensure we’re fully prepared. We’ve put a lot of laps in at the simulator too and, compared to last season, the circuit is virtually the same aside from the odd tweak here and there. I’ve obviously got an impressive record at this track so hopefully we can get two good results and score as many points for the team as possible. Of course, it would be nice to replicate what we did in 2017 but we’ll just have to see!”

Team-mate Frijns, 27, said: “High ambient and track temperatures could make things even more interesting for us drivers so it’s going to be a challenging event for sure. Every race this season has shown how close everything is between teams and drivers so we know every little detail will count. I’m really looking forward to this weekend, especially after the disappointment of the race in Bern last time out. All the prep has been completed and we know what needs to be done, so we just want to get out there and give it all we’ve got and cap off a great first season with the team.”

Sylvain Filippi, Managing Director at Envision Virgin Racing, said: “The whole team has been working flat out to ensure we’re in the best possible shape heading into the final two races in New York. There’s a lot of points up for grabs and, as we’ve seen so far in Formula E, anything can happen. As an independent team competing against some serious manufacturer competition, we’ve enjoyed a remarkable season so far and I know everyone wants to capitalise on that and end on a high.”

Franz Jung, Vice President of Envision Group and Chairman of the Board of Envision Virgin Racing, will be on site to support the team on behalf of the team’s majority owner Envision Group. He said: “To be heading into the last two races in third position in the standings is a result of excellent work by the whole team throughout the season. Sam has won twice at the New York track before, so I’m confident that both he and Robin can perform well during the weekend and the team can keep its championship placing.”

The Formula E New York City E-Prix takes place on Saturday 13th and Sunday 14th July with a start time of 4pm (local time). UK fans can follow all the action (from 9pm) through the BBC’s live events platform – via the BBC Sport website, BBC iPlayer and BBC red button – as well as BT Sport, Eurosport, and the team’s social channels and website.

The team will also host one of its renowned sustainability focused Innovation Summits on Friday 12th July at Brooklyn’s New Lab facility.